Press Release Bioresorbable Implants Market to Surpass US$ 10.7 Billion by 2026

Bioresorbable Implants Market to Surpass US$ 10.7 Billion by 2026 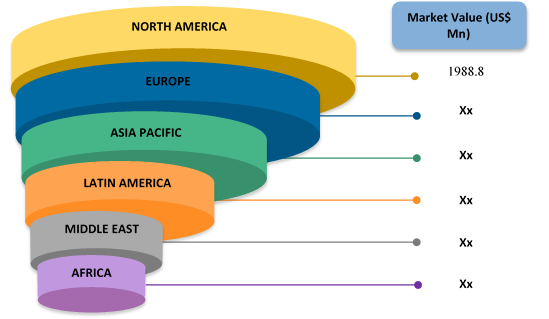 Moreover, increasing incidences of trauma associated with skeletal injuries is propelling growth of the bioresorbable implants market over the forecast period. According to the World Health Organization (WHO) factsheet 2018, road accidents cause around 20 and 50 million injuries annually around the world. Road traffic injuries are the leading cause of death among people aged between 5 and 29 years, and more than 1.35 million people die each year as a result of road traffic crashes globally.

Moreover, increase in geriatric population in this region is expected to propel demand for osteoporosis and osteoarthritis cases, which in turn is expected to bolster the market growth over the forecast period. For instance, according to International Osteoporosis Foundation statistics, osteoporosis cause more than 8.9 million fractures annually worldwide, resulting in an osteoporotic fracture every 3 seconds and around 1.6 million hip fractures occur worldwide each year.

Moreover, key players in the market are focused on receiving the U.S. Food and Drug Administration (FDA) approval for novel products to treat patients. For instance, Boston Scientific, which launched its SYNERGY Bioabsorbable Polymer Drug-Eluting Stent System consist of platinum, chromium metals. This stent is highly accepted amongst physician worldwide because of its optimal healing property and providing treatment option for complex cases.

Increasing prevalence of trauma injuries, osteoporosis, and cardiovascular diseases is a major factor driving bioresorbable implants market growth. According to World Health Organization (WHO) factsheet in 2018, annually there are around 37.3 million falls, which require medical attention whereas an estimated 646,000 individuals die annually from falls globally. Moreover, advantages of bioresorbable polymer implants over metallic implants are expected to boost the market growth. Bioresorbable implants degrade after completion of its function, which is considered as the major advantage of bioresorbable implants over the permanently installed devices. Bioresorbable implants also bypasses the need of second surgery for the removal of the implant, making the process cost effective as compared to the non-biodegradable implants. However, bare metal implants or inert metallic implants lead to serious and life threating conditions such as neoatherosclerosis, late stent thrombosis, and local inflammation due to the presence of a foreign body.