Press Release Commercial Refrigeration Equipment Market to surge past US$ 48.17 Billion by 2027

Commercial Refrigeration Equipment Market to surge past US$ 48.17 Billion by 2027

Food Quality Protection Act in U.S., Food Safety Law of the People’s Republic of China, General Food Law Regulation, and Food Quality Policy in EU, are some of the regulatory standards that include directives for quality of food. Moreover, in December 2014, the EU introduced EU fluorinated greenhouse gas (F gas) regulation for phasing out Hydro-fluorocarbons (HFCs) and related product bans. The regulation includes the manufacturing process, service equipment, production, wholesale, and trade of F gas and related products. Such regulations are expected to generate demand for environmentally friendly alternatives for conserving edibles, in conjunction with compliance to food quality standards. This in turn, is expected to broaden growth prospects for the global commercial refrigeration equipment market. However, stringent environmental regulations against fluorocarbon refrigerants is likely to restrain the market. Fluorocarbon refrigerants adversely affect the ozone layer due to which, the governments of several countries worldwide such as, North America and Europe are imposing regulations to limit the use of fluorocarbon refrigerants. 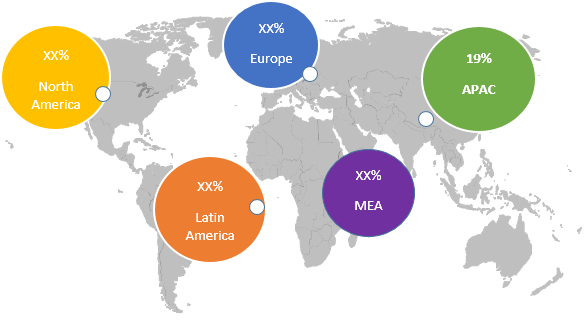 China is expected to witness CAGR of over 8%, owing to significant increase in consumer spending and improving economic conditions. Increasing disposable income coupled with high spending at restaurants in economies such as India, South Korea, and ASEAN countries are expected to propel growth of the commercial refrigeration equipment market over the forecast period. The U.S. has the largest market for commercial refrigeration equipment and is expected to sustain its dominance across the globe, owing to high deployment of refrigerators in its mature retail industry, as well as a large presence of players in the region. 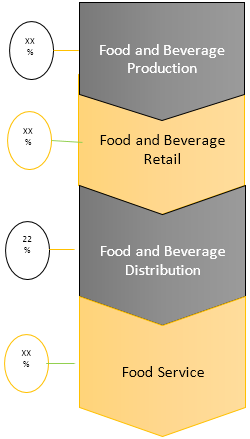 The global food & beverages (F&B) industry has witnessed considerable growth over the last decade. According to the Cushman & Wakefield food & beverage market report of 2017, the retail industry’s share of footwear, clothing, and white goods among others has witnessed substantial decline, with F&B, leisure & entertainment gaining significant business share. Increasing inclination of consumers towards different regional cuisines, exploration of international flavors and the global production of milk & dairy products are among the major growth factors driving growth of the commercial refrigeration equipment market. According to Eurostat, in 2016, around 96% of milk produced in Europe which is utilized to produce milk products such as cream, butter, cheese, and powder products.

Moreover, increasing consumption of fast food and growing number of food chains is expected to propel the demand for commercial refrigeration equipment in the foodservice industry. According to the Center of Diet and Activity Research (CEDAR) of the University of Cambridge, the total number of fast food outlets in England has increased by 4000 since 2014.

Increasing employment of women in the workforce is driving growth of the market, specifically in Asia Pacific

The demand for less time-consuming and healthy foods is increasing rapidly globally, owing to the increasing number of working women. According to Economic & Labor Market Analysis by International Labor Organization, the woman employment ratio in emerging economies, specifically in Asia Pacific, had significantly increased since 2012. Changing lifestyle and increasing number of women in the workforce are likely to cause significant reduction in time dedicated to household chores. This, in turn, has led to substantial demand for frozen and ready-to-eat food, which is boosting growth of the commercial refrigeration equipment market in Asia Pacific.

Proliferating businesses of frozen food and chilled products and substantial advancements in refrigeration systems are creating a conducive environment for growth of the global commercial refrigeration equipment market. Increasing number of women in the workforce, specifically in the Asia Pacific region, is expected to fuel demand for ready-to-eat food, primarily owing to the lack of the time spent on household activities. However, long product lifecycles and intense competition among manufacturers has led to significant decrease in the overall profit margins of industry participants.

Smart umbrella is an umbrella which has built-in sensors that collects pressure, temperature, humidity, and light data...