Press Release: Explosive Detection Technologies Market Is Expected to Witness CAGR of 7.0% During the Forecast period (2019-2027)

Explosive Detection Technologies Market Is Expected to Witness CAGR of 7.0% During the Forecast period (2019-2027)

The global explosive detection technologies market is estimated to account for US$  6,462.1 Mn in terms of value by the end of 2019.

Increasing incidence of terrorist attacks has compelled security forces and other agencies to implement various security measures to counter this. In March 2016, a terror attack took place at Brussels Airport, while the suicide bombing took place in June 2016 at Istanbul Ataturk Airport. Various government agencies across the globe are focused on improving their existing security establishments at airports. For instance, in August 2016, the Government of India mandated security audits to all airports in the country. In May 2012, Transportation Security Administration (TSA) mandated 100% cargo screening at all airports in the U.S. Moreover, in August 2013, the European Commission (EC) mandated risk-based screening for cargo. These factors are expected to drive growth of the global explosive detection technologies market over the forecast period. Furthermore, increasing passenger volume across international airports is expected to boost the market growth in the near future. According to the International Air Transpiration Association (IATA), in 2015, global passenger volume was pegged at 3.8 billion.

Increasing pressure caused by withdrawal of defense forces in Afghanistan and Iraq has resulted in strengthening of military and police forces by providing advanced explosive detection equipment. Moreover, use of hidden explosives and improvised explosive device (IED) are constant threat for land-based military. Therefore, various government is allotting to fund for research and development laboratories for sensitive, reliable and selecting technology for detecting explosives. For instance, the University of Queensland, Australia receives grants of US$ 100,000 annually for research and development of explosive detection technologies, based on detection of chemical vapor. These factors are expected to boost the market growth in the near future. 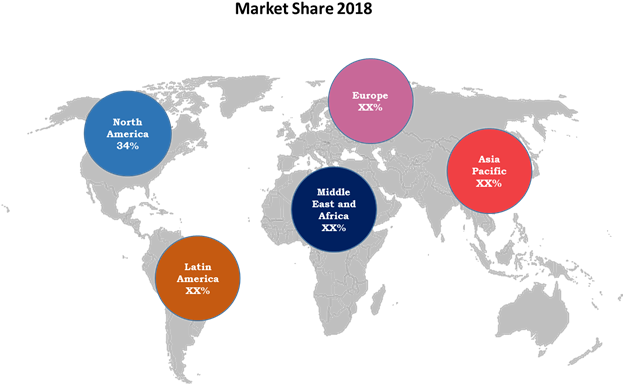 Various border checks are performed on vehicles, luggage, passengers, and containers at border security. This detection is done either with bulk detection or trace detection technologies. In case of chemical trace detection, ion mobility spectroscopy technique is utilized. If small quantity residue of explosives is left on hands, laptops and other items then it is detected by swabbing. In this test, sample is vaporized and chemical ions are separated. If sample is detected, an alarm is triggered. However, this process is labor intensive and becomes slow for large quantity. Furthermore, the explosive trace detection is majorly used at busy places, thus detection needs to be swift enough to process large number of screenings at short time. These factors are expected to hinder the market growth in the near future.

Terrorists are increasingly using improvised explosive device (IED) that can kill civilians and military personnel and destroy infrastructure. The IEDs can be in different forms and can be delivered to targets in numerous ways, which makes it challenging to trace by explosive detection technologies. This, in turn, is expected to hamper the market growth over the forecast period.

Increasing use of IEDs has led to use of chemical explosives instead of metal. Therefore, dogs and physical methods such as gas chromatography coupled with mass spectrometer and electronic detection systems have become more sensitive, selective, and expensive. Development of portable and miniaturized units is expected to reduce cost of equipment. This, in turn, is expected to pose business opportunity for market players to develop low-cost devices to detect chemical explosives.

Spaser is a nanoplasmonic part similar to laser. It is a quantum generator and nano-amplifier, in which an intense optical field is generated. Graphene is a two-dimensional carbon nano-material made from graphite, and has various beneficial material properties. It is one of the strongest, thinnest, and stiffest impermeable materials on Earth, and has good thermal and electrical conductivity and is very energy efficient. Therefore, graphene-based spaser can easily detect toxic chemicals, explosive materials and other organic compounds by molecule’s characteristic vibrational transitions. Thus, commercialization of graphene is expected to offer lucrative growth opportunities for market players in the near future.

Key companies in the market are focused on strategic activities such as mergers and acquisitions, in order to expand their market presence. For instance, in July 2016, Implant Sciences, Inc. acquired Zapata Industries SAS of Marseilles, a France-based manufacturer company of commercial, defense and homeland security solution products. Furthermore, in April 2016, Smith Detection acquired Morpho Detection, a U.S.-based detection and security company, from Paris-based Safran S.A. in order to provide services to maintain and upgrade its installed base equipment and related products.

In Global Explosive Detection Technologies Market, by technology segment, the bulk detection segment dominated the global market in 2018, accounting for 57.0% share in terms of value, followed by trace detection. 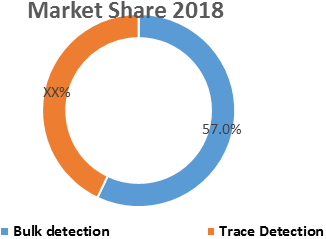 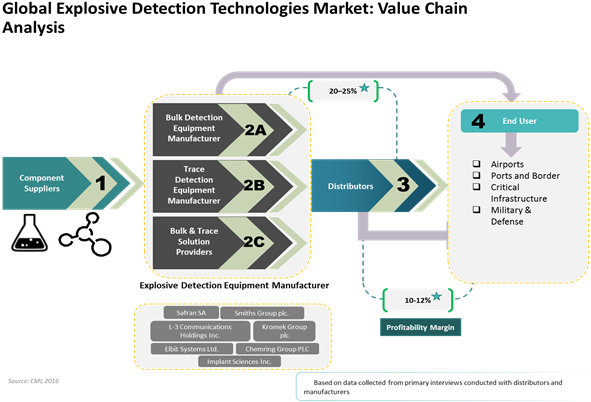 A Force Sensor is used for measuring the amount of force applied to an object. Force sensors are used in a w...

Market Overview Fixed gas detector is a type of det...