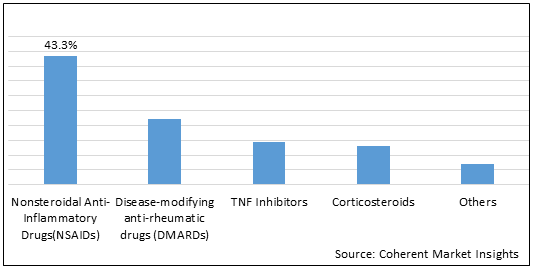 Increasing prevalence of ankylosing spondylitis is expected to drive the market growth during the forecast period. 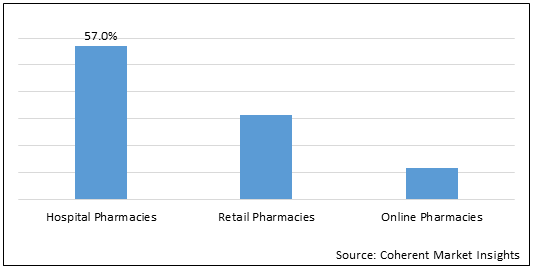 Increasing strategic alliances between the companies to develop or to expand the availability of drugs is expected to drive the market growth during the forecast period.

Key players in the market are focusing on inorganic growth strategies, such as partnerships and collaborations which is expected to drive the market growth during the forecast period.

For instance, in August 2021, Inmagene Biopharmaceuticals, a leading biotech company focused on the development of therapeutics for immunology-related diseases, and Affibody AB, a company developing innovative bi- and multi-specific next-generation biopharmaceuticals, working in a partnership, announced the successful dosing of the first patient in the global ASPIRE phase 2 trial evaluating izokibep (IMG-020 or ABY-035) for treating ankylosing spondylitis (AS).

Accessing medical services can be challenging for people with ankylosing spondylitis during the COVID-19 pandemic. While some drugs for ankylosing spondylitis can be self-administered, some are given through an IV in hospitals. Similarly, physical therapy requires a visit to the physical therapist, which has been difficult due to the COVID-19 pandemic.

Ankylosing spondylitis is an immune-mediated inflammatory disease (IMID). According to a study conducted in Ontario, Canada, in 2020, it was found that people with IMIDs were tested for COVID-19 at a 20% higher rate, as compared to the general population.

The major factors that are expected to hinder growth of the global ankylosing spondylitis market include high cost of treatment and lack of skilled surgeons and physiotherapists.

Ankylosing spondylitis is an inflammation (chronic inflammatory arthritis) that mostly affects the spine. It generally causes stiffness and pain in the back. Over time, movement of the back gradually becomes limited as the bones of the spine become fused. This fusion is called ankylosing. Ankylosing spondylitis can also involve other joints such as the hips, shoulders and sometimes knees. Over time, it can affect the joints between the ribs and spine, restricting the movement of the chest and causing a difficulty in breathing deeply. Symptoms of ankylosing spondylitis include frequent pain and stiffness in buttocks and the lower back, which comes on progressively after a few weeks or months. At first, discomfort may be felt only on one side, or alternate sides. The pain is usually diffuse and dull, rather than localized. Other symptoms in the early stages include loss of appetite, mild fever, and general discomfort. Currently, there is no cure for AS, but there are treatments and drugs available to manage pain and reduce symptoms.

What is the current market size and compound annual growth rate (CAGR) of the global ankylosing spondylitis market during the forecast period (2021-2028)?

Factors such as rising prevalence of ankylosing spondylitis, increasing launch of biosimilars, and increasing research & development efforts being undertaken by key industry players to augment treatment options are expected to drive growth of the market during the forecast period.

The major factors hampering growth of the market include high cost of treatment and lack of skilled surgeons and physiotherapists.