Bio-engineered stent plays a major role in modern healthcare as it expands the blood vessel to prevent a blockage of arteries in cardiovascular diseases such as coronary heart disease and ischemic heart disease. 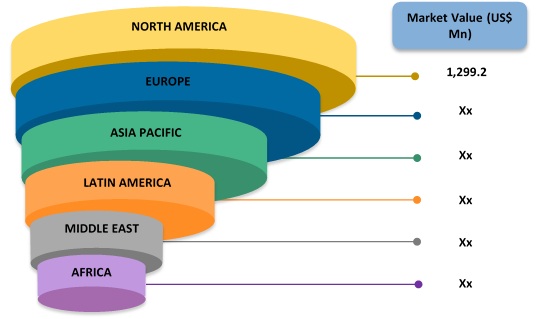 Similarly, according to World Health Organization (WHO), 2015, cardiovascular diseases are the highest cause of morbidity and mortality worldwide, with around 17.7 million cases representing 31% of all worldwide deaths in 2015, of which around 6.7 million were due to stroke and 7.4 million were due to coronary heart disease.

However, availability of alternatives for the treatment of cardiac diseases, product recalls and failure, and stringent regulations for product approvals are expected to hinder the market growth. For instance in November 2017, Abbott recall Class 1 Device Recall Absorb Bioresorbable Vascular Scaffold (BVS) System, a absorbable coronary drug-eluting stent due to elevated rates of major adverse events, specifically, myocardial infraction and scaffold thrombosis when compared to patients treated with the Xience metallic drug eluting stent.

North America holds a dominant position in the global bio-engineered stent market, owing to rapid growth in geriatric population, increasing incidences of cardiac ailments, coronary and peripheral artery diseases, and high prevalence of obesity in the region. According to World Population Prospects, the number of people aged 80 or over is projected to triple by 2050, from 137 million in 2017 to 425 million in 2050 in the U.S. This age bracket is expected to more than double worldwide, increasing from 962 million in 2017 to 2.1 billion in 2050.

Bio-engineered stents consist of short narrow metal or plastic tube, which is used to treat blocked arteries. It is used by patients who are suffering from different types of cardiovascular diseases such as coronary heart disease and ischemic heart disease. Different types of bio-engineered stent are available in market for various diseases such as coronary artery disease, peripheral arterial disease, carotid artery disease, renal artery stenosis, abdominal aortic aneurysm, thoracic aortic aneurysm among others.

Increasing prevalence of renal diseases is a major factor driving bio-engineered stents market growth. According to American Heart Association Council, in 2015, cardiovascular disease was the leading cause of death worldwide, accounting for over 17.9 million deaths annually and this number is expected to increase to over 23.6 million by 2030. According to the same source, cardiovascular diseases accounted for around 836,546 deaths in the U.S. in 2015, which accounted for around 1 in every 3 deaths.

Moreover, key players in the market are focused on adopting various strategies such as new Product Type launch and approvals and partnerships and collaborations to increase their foothold in the market. For instance, in May 2017, Medtronic plc., received the U.S. Food and Drug Administration (FDA) approval and Resolute Onyx, 4.5 MM and 5 mm sizes Drug-Eluting Stent. This device has proven clinical performance and superior deliverability of the Resolute Integrity. This device is intended to treat people with coronary artery disease in the U.S.

A nozzle plate is made up of nozzles, liquid chambers, and...

A biliary metal stent is defined as a flexible metallic tu...