Infantile Spasm Treatment Market to Surpass US$ 143.5 Million by 2026

Infantile spasm treatment play a major role in modern healthcare, as they are used for the treatment of seizures of an epilepsy syndrome in infants usually below 1 year. 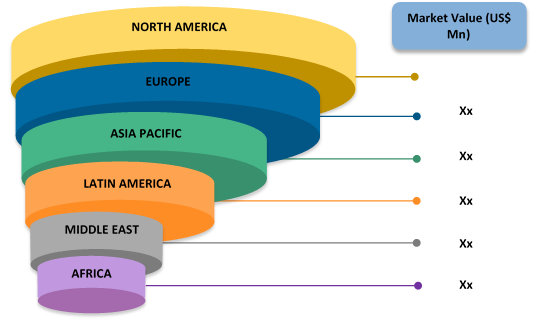 Infantile spasm, also called as west syndrome, is a rare disorder that affects children below 1 year age. Seizures in children often appear as normal hiccups or body movement, and parents are unaware about the presence of this disease in their kid. Therefore, to tackle this challenge, various governments and organizations are initiating programs to educate people about the disease. The government of China published a comprehensive list of rare diseases in 2018, in order to better identify the patients affected by rare disease and provide treatment for the same. Moreover, such initiatives will help to speed up the drug development process for rare diseases.

Increasing birth rate could result in high prevalence of infantile spasm, which is expected to drive growth of the infantile spasms treatment market over the forecast period.

However, high cost of treatment, lack of proper diagnosis of infantile spasm, and stringent regulations for drug approval are some of the factors hindering the market growth. For instance, Acthar, which is a corticotropin branded product from Mallinckrodt pharmaceutical, costs around US$ 125,000 per patient, i.e. US$ 28,000 per dose

North America holds dominant position in the global infantile spasm treatment market, owing to high adoption of infantile spasms treatment procedures and large scale research and development activities in this region. For instance, INSYS Therapeutics developed Cannabidiol in October 2012, Oral Solution for infantile spasm, which is under phase III clinical trial. The reoccurrence of infantile spasm is a major factor that boosts the market growth.

Increasing prevalence of central nervous system (CNS) infection can develop infantile spasm which in turn is expected to boost the market growth. In July 2012, the National Center for Biotechnology Information (NCBI) report stated that around 50% of infantile spasm cases in the U.S. have a prenatal cause, including central nervous system infection, intrauterine insults, neurologic disorders such as tuberous sclerosis complex (TSC), and genetic syndrome.

Moreover, approval from regulatory agencies such as the U.S. Food and Drug Administration (FDA) that helps in speedy approval by designating the orphan drug status to drugs targeted to benefit patients with rare disease is expected to boost the market growth.

Infantile spasm is a rare disorder that appears as seizures in infants below 1 year. Infantile spasm causes series of sudden, jerking movements of legs and arms or fast drop of head. The duration of spasm can last up to couple of seconds. Major drugs used for the treatment of infantile spasm include adrenocorticotropic hormone (ACTH), however, due to its side effects, doctors also prefer anti-seizure drugs such as vigabatrin and other steroid therapies.

Bile duct cancer is a form of cancer in which epithelial c...

Bowen disease is the early form of squamous cell carcinoma...

Beta thalassemia is an inherited blood disorder in which t...

Biliary atresia is a rare condition which majorly occurs i...