Medical MEMS Market to Surpass US$ 13.6 Billion Threshold by 2025 backed by Product Innovation and Strategic Collaborations

Micro-electro mechanical systems (MEMS) is an innovative technology used to make miniaturized mechanical and electro-mechanical elements that are employed in medical devices through microfabrication techniques. Basic elements of MEMS comprise miniaturized structures, actuators, sensors, and microelectronics. The MEMS technology uses concepts of biology and microelectronics to improve patient monitoring. MEMS technology helps in fast and accurate diagnosis of diseases due to microchip technology. Rampant research and development in the MEMS technology has led to the development of innovative products by medical technology companies. For instance, in June 2017, Omron Electronic Components BV, upgraded its MEMS thermal sensing technology. With this technology, it introduced new Omron D6T-1A-02, a super sensitive infra-red temperature sensor. Furthermore, increasing demand for portable and miniaturized devices by healthcare professionals has influenced medical device companies to embed MEMS sensors in medical devices. MEMS technology is integrated in medical devices used in home-care settings, thus increasing preference for these devices among patients.

Furthermore, the amalgamation of nanotechnology with MEMS has led to the development of numerous applications such as biochips, polymerase chain reaction, electroporation, ELISA, electrophoresis, micro-machined scanning tunneling microscopes, and micro systems for drug screening and selection. 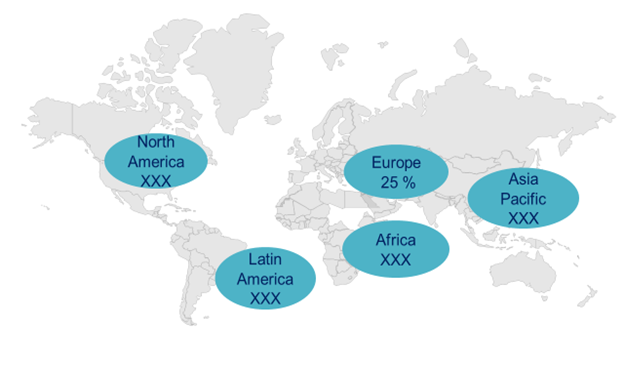 Furthermore, increasing geriatric population is expected to favor growth of the medical MEMS market, as this population is more prone to high risk injuries due to their weak skeletal system. The most prevalent musculoskeletal disease affecting aging population is osteoarthritis, causing rise in demand for joint replacement surgeries. Development of artificial limbs with integrated circuits coupled with R&D initiatives to advance MEMS technology is expected to boost growth of the medical MEMS market. According to data from World Population Prospects, 962 million people were recorded to be 65 years of age or above, accounting for 13% of the global population, which is expected to double in number, reaching 2.1 billion by 2050 and 3.1 billion by 2100.

Diagnostic and therapeutic devices are the major application areas of medical MEMS technology, which are expected to favor significant growth of the market in the foreseeable future. The Bigfoot medical’s Asante Insulin Pump and Dexcom CGM Systems use MEMS technology. Rapid adoption of medical MEMS technology in hospitals and growing preference for minimally invasive therapeutic approach are expected to fuel growth of the market. For instance, in July, 2017, Abbott Laboratories and Bigfoot Biomedical entered into an agreement to develop and market glucose sensing technology in the U.S.

The medical micro electro mechanical systems (MEMS) market improves the performance of medical devices, primarily used in patient monitoring. It helps improve the treatment of cardiac diseases and the efficiency of drug delivery systems. The medical MEMS market has gained traction due to application of the systems in in-vitro diagnostics, medical devices, pharmaceutical and other allied sectors. The onset of nanotechnology and MEMS have led to the development of numerous applications such as biochips, polymerase chain reaction, electroporation, ELISA, electrophoresis, micro-machined scanning tunneling microscopes and micro systems for drug screening and selection.

The growing shift of patients to portable devices for home care coupled with rising expenditure on MEMS technology and large pool of old age population worldwide are the growth factors for the market. New product launches and increasing approval from FDA has led to rampant growth of the market.

Medical MEMS market have underwent drastic improvement due to technical advancements over the last few years. The Bigfoot medical’s Asante Insulin pump and Dexcom CGM systems use MEMS technology. The available medical MEMS technology have been in the market for short time, and the potential of these systems is not yet completely understood, which defines a major market for the manufacturers. The manufacturers need to focus on research and development of MEMS technology to improve patient monitoring, which could favor the growth of the market. Increase in awareness of non-invasive technologies among the patients and shift towards portable devices are also expected to favor the market in the near future.

This report segments the global medical MEMS market on the basis of sensor type, applications, end user, and region.