Global Offshore Wind Market to Surpass US$ 86.69 Billion by 2025, Fuelled by Increased Demand for Electrical Energy

Offshore wind provides the electrical energy on the continental shelf to harvest the wind energy. Wind speed is generally stronger and steady at the offshores than on the land. Offshore wind turbines are also located near to coastal areas eliminating the need for new overland transmission lines. Slight increase in speed of wind can generate a significantly greater amount of electricity, as the potential energy of wind is directly proportional to the cube of wind speed. For instance, the turbine at a site with average wind speed 16 miles per hour (mph) would produce more than around 50% electricity than 14 mph average speed of the same turbine.

Key factors influencing growth in offshore wind market are high investments in renewable sources of energy and favorable government policies. For instance, the National Ocean Industries Association was U.S’s first offshore wind farm in 2017. Moreover, increasing concern toward the non-renewable source of energy such as fossil fuel, awareness for their harmful effects of greenhouse gases such as carbon dioxide, and rising demand for electricity will help in increasing the growth of offshore wind market.

According to Bureau of Ocean Energy Management, roughly 50% population in the U.S lives near coastal areas. Also in coastal areas, land-based renewable sources are limited and energy cost and demand are high. Offshore wind energy has potential to supply large quantity of renewable energy to the U.S coastal cities such as Los Angeles, New York City, and Boston. 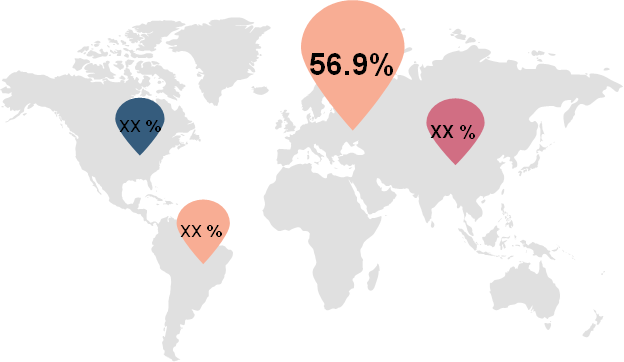 Offshore wind energy is the generation of electrical energy by the installation of wind turbines at sea. The wind blows faster and steadily at the sea than on land or onshore areas, that result in more stable and higher yield of energy. The main advantage of the offshore wind energy production is that it contributes to achieve the goal for renewable energy, not consume water and do not emit environmental pollutants or greenhouse gases and helps to reduce the global warming.

Major drivers propelling the global growth of the offshore wind market include the rising demand for electricity and increasing awareness about the greenhouse gases. According to the International Energy Outlook 2016, the global energy demand is set to increase from 268 mboe/d in 2013 to 399 mboe/d by 2040. Renewable energy sources are the fastest growing energy sources which in turns drives the global offshore wind market. Government regulations and current policies regarding fossil fuel use, globally energy related carbon dioxide emissions are expected to increase to 45 billion metric tons in 2040, according to U.S Energy Information Administration (EIA), therefore with increase in concerns about the greenhouse gases there is rise is demand for the renewable sources of energy which in turns drives the offshore wind market.

A battery management system (BMS) is an electronic system that governs a rechargeable battery such as batter...