Global Online Retail Market to Surpass US$ 9.5 Trillion by 2025

Online retail is increasingly gaining favor in both developed and developing countries, as it offers wide range of branded products under a single website, has attractive discounts, and offers free delivery. According to a worldwide e-commerce association, the Ecommerce Foundation, online retail sales accounted for 7% of total retail sales worldwide in 2015 and is expected to reach 17% by 2021. The online retail market was valued at US$ 2,171.22 billion in 2016 and is expected to expand at a CAGR of 18.28% to reach US$ 9,572.96 billion by 2025.

Asia Pacific stands to be the largest market for online retail and is also projected to be the fastest growing market. Countries such as China, India and the ASEAN bloc is playing a key factor driving demand for online sales in the region. In addition to this, rising middle class population with growing purchasing power is further boosting market growth in the region. According to Chinese government sources, the middle class in China is expected to expand from 430 million in 2017 to 780 million by 2025. This segment is among the largest contributors towards online sales, and thus, rapid growth of this segment is projected to fuel growth of the online retail market.

According to the industry trade association Associated Chambers of Commerce and Industry in India (ASSOCHAM), the online retail market in India was valued at US$ 38.5 billion in 2017 and is expected to reach US$ 50 billion by 2025. This is due to increasing internet penetration in the country. According to the Internet and Mobile Association of India (IAMAI), the number of internet users in the country is expected to surpass 500 million by June, 2018. This coupled with strong GDP growth and increasing purchasing power of consumers will result in India being the fastest growing market for online retail in the world. In 2016, Flipkart—a major e-tailer in the country—reported that up to two-thirds of the company’s sales were from tier-2 and tier-3 cities in India. 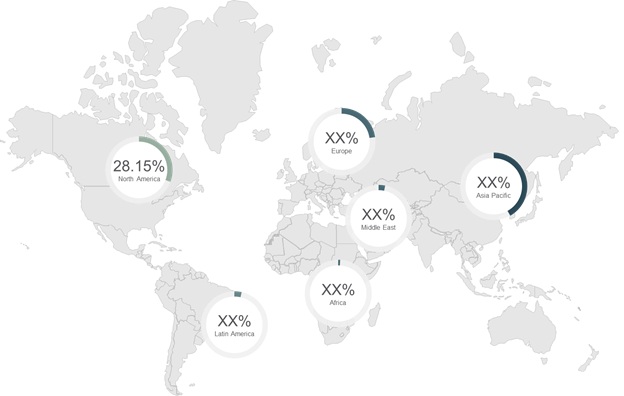 Among product type, the fashion segment held a dominant position in the online retail market in 2016. The segment was valued at US$ 347.50 billion in 2016 and is expected to exhibit a CAGR of 13.43% over the forecast period. Fashion specific online marketplaces have gained popularity in owing to the high demand. Zalando S.E. is a Germany-based company operates an online marketplace for fashion products. The company recorded a revenue of US$ 5.5 billion in 2017. The company showcases over 2,000 products on its online platform. The company is expected to be a key player in the online retail market.

The food & beverages segment is a major opportunity area for market players. So far, growth of online retail of food & beverages has been slack due to concerns over quality and freshness of products. Amazon Fresh is a service from Amazon Inc. which offers same day delivery of grocery items. Similar services have emerged in countries such as India, China and U.K. albeit by local players such as iFresh, Grofers and Sainsbury. All these services offered by these players at discounted offerings and free delivery services have the potential to boost the food & beverages segment. The electronics segment is one of the key segments that has been driving the growth of the online retail market. Electronics industry players have tied up with online retailers for the marketing and sale of their products. For example, in China, Alibaba Group picked up a 20% stake in electronics retailer Suning Group. The synergy achieved by the stake acquisition will drive up electronic sales of the company.

The global online retail market is marked by intense competition from major players operating in this market. Strategic mergers and acquisitions, innovative marketing, are among the key strategies adopted by companies to ensure long-term sustenance in the market. In India, Flipkart acquired competitors Myntra and Jabong in 2014 and 2016 respectively. This allowed Flipkart to expand into the fashion online retail segment. U.S. based Amazon Inc., has developed innovative ancillary services which include Amazon Prime which includes entertainment and delivery options for the subscribers. eBay Inc. in 2017 acquired Terapeak Inc. to bring improvements to its online platform.

Online retail is a steadily growing retail channel where consumers are able to purchase goods on online marketplaces. Growth of online retail has been triggered by certain services offered by online retailers such as product delivery, wide range of products, multiple payment options and discounts to loyal customers. These factors coupled with rapid growth of the retail industry in emerging economies has boosted the online retail market.

Online retail has gained increased acceptance over conventional retail channels in recent years. The online retail market has exhibited high growth in both developing and developed markets. A rise in internet penetration coupled with innovative marketing strategies has led to a shift of consumer preference towards online retailing. Also, the presence of young demographic profile in developing countries has bolstered market growth in regions such as Asia Pacific and Latin America. Asia Pacific is projected to be the fastest growing region in the online retail market. Aggressive expansion by both local and international players has piqued consumer interest in purchasing online. Discounts, ancillary services and logistical services are among the strategies being adopted by market players to attract customers. Investments are being made by players across the supply chain to boost profitability. For example, Flipkart in March 2018 announced plans to set up a 100 acre logistics park in Bengaluru.

Ready to mix food are classified as conveniences and healt...

Consumer products or goods is a commodity used by a consum...

Tea is a hot beverage and is the second most consumed beve...