Global Organic Baby Food Market to Surpass US$ 14. 8 Billion by 2025, Buoyed by High Birth Rates in Emerging Economies of the World

Infant milk formula is used as a complete or partial substitute for breast milk. The milk powder is infused with nutrients that aid the overall development of a baby.

Modern farming techniques utilize a large amount of chemical fertilizers and pesticides to achieve a good yield. Presence of such chemicals in food causes many short term and long term consequences on human health. For instance, the preservative nitrite is converted into carcinogenic compound nitrosamines by the human body. Demand for organic techniques used for food farming is rising significantly since chemicals such as potassium chloride, heavy metals, and ammonium nitrate are not used in this technique. In addition, the demand for organic baby food is on the rise on account of rising awareness about harmful chemicals and the adverse effects they pose on infants.

Online retailing for organic baby food holds huge potential for growth in the market. Factors such as increasing popularity of internet services, advancements in services such as 4G and 5G along with smartphones in emerging economies of Asia Pacific region (mainly India and China) are driving online sales for organic baby food products. More consumers are opting for online purchase of baby food products owing to its ease and hassle less nature of online services. Furthermore, rising emergence of e-commerce companies and innovative strategies adopted by major players such as channel expansion will fuel growth of online segment in organic baby food market.

Asia Pacific is the fastest growing market for organic baby food owing to its large population and high birth rates, especially in countries such as India and China. According to World Health Organization (WHO), Asia Pacific had around 311 million of infant population (nearly half of world’s infants) in 2016. Major market players are looking for opportunities to expand their business in Asia Pacific region owing to favorable condition it offers for growth of organic baby food market.

The organic baby food market in Latin America is highly consolidated with companies such as The Kraft Heinz Company and Nestle S.A. possessing dominant market shares. Demand for organic baby food is projected to increase significantly due to the transition in lifestyle of consumers in terms of their feeding habits and rising purchasing power of the consumers, among others. The major players are projected to retain their dominance in this region due to the popularity of their products and the trust gained through the same. However, local players find it hard to secure a favorable position mainly due to lack of investments as a result of the sluggish economic growth in the region. However, as major countries such as Brazil, Argentina, and Colombia are expected to achieve economic and political stability in near future, the market scenario will, in turn, change accordingly.

Consumers residing in countries such as the U.A.E., Qatar, and Saudi Arabia exhibit a high purchasing power due to which they can afford premium quality products such as organic baby food. Further, the demand for the same is also rising on account of increasing awareness on the need for good health and wellbeing. Further, consumers in these countries are aware of the repercussions of inadequate infant nutrition as well. 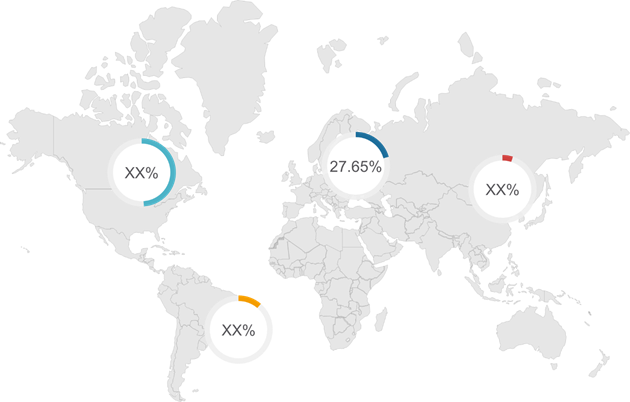 North America dominated the global organic baby food market in 2016 and is expected to retain its dominance throughout the forecast period. However, Asia Pacific is expected to project the fastest growth during the forecast period. Rapid adoption of organic baby food products among the consumers is one of the prime factors fuelling the growth of the market in Asia Pacific.

Organic baby foods are manufactured using the highest-quality manufacturing techniques to maintain good quality and prevent traces of chemicals in these products. Advantages of consuming organic food include less exposure to chemical residues, more vitamin intake, and fair presence of various minerals and omega-3 fatty acids. In addition, fresh and nutritious food will help boost the overall development of the infant, resulting in a strong and robust immune system. A major driver for the organic baby food market is high birth rates in the developing regions. According to the UN, there were 675 million infants in 2016, which defines a massive scope for this market. Relaxed regulatory scenario regarding the quality check of baby food products in the emerging economies is one of the major factors hindering the growth of the organic baby food market at present. Further, increasing inclination toward homemade food in countries such as India is also a major market restraint.

A population boom has been observed in the two largest populated countries in the world — India and China. Asia Pacific was host to around half of the world’s infant population i.e., 311 million, in 2016. Further, according to the UN, the total population of Africa is expected to reach 1.3 billion by 2050. Due to the high demand for organic baby food products, the market is slated to grow at a very fast pace since the political and economic turmoil in the region is expected to decline by the end of the forecast period.

The organic baby food market, which holds a significant market share in the overall baby food market, is segmented on the basis of product type and distribution channel. Online channel is expected to witness a rapid growth during the forecast period on account of rising consumer inclination toward such mode of purchase. Supermarkets and Hypermarkets are the leading distribution channels, since consumers prefer a tactile experience before purchasing the product.

*Browse through the full report of 400* pages inclusive of 80* figures and 140* tables on "Global Organic Baby Food Market - Global forecast to 2025”.

Pectin is used as a thickening agent in the preparation of...

Caffeine is a xanthine alkaloid that naturally occurs...

Citral is used for formulation of many types of cosmetic a...