Bottles made from polyethylene terephthalate (PET) plastic material are gaining traction globally, owing to various advantages offered by PET bottles such as lightweight, flexibility, and unbreakable.

Factors such as rising applications of PET bottles by the beverage industry in packaged water, juices, flavored water, functional water, carbonated drinks, and others are boosting growth of the global PET bottles market. According to Coherent Market Insights, global flavored and functional water market is estimated to reach US$ 70.32 billion by 2025, from US$ 29.01 billion in 2017, which in turn will increase demand for PET bottles in the global market.

Significant initiatives by food & beverages and packaging manufacturers to develop bio-based PET is a major factor driving growth of the PET bottles market. For instance, in April 2017, Danone and Nestlé Waters, collaborated with Origin Materials to form NaturALL Bottle Alliancea. This collaboration aims to develop and launch PET bottle from sustainable and renewable bio-based material.

Regulations imposed on using PET bottles for alcohol is one of the major factors hindering growth of PET bottles market. For instance, production and sale of alcoholic drinks in PET bottles was banned in January 2017, in Russia under the law on amendments to parts 1 and 2 of Tax Code and specific legislative acts of Russian Federation. Furthermore, growing concerns due to environment pollution caused by plastics such as PET is another restraint hindering growth of this market. However, increasing recycling of PET bottles is reducing the impact of this restraint. According to British Plastics Federation, in household waste stream 60% of the PET bottles were collected for recycling in 2014, which was just 3% in 2001 in U.K.

Among application segment, beverage segment held the highest market share in 2017, in the global PET bottles market. PET is a popular choice of packaging for beverages such as soft drinks and bottled water, owing to its advantages including ease of molding into desired shapes. According to the British Soft Drinks Association, PET was the most commonly used packaging material for soft drinks in U.K. in 2015, and held a market share of 72% in U.K. 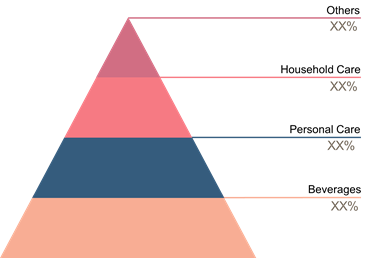 Asia Pacific region was the largest PET bottles market globally, due to significant demand from China, India, and Japan. The region held a market share of 35% in 2017 in the global PET bottles market. Growing demand for PET bottles from various growing industries such as food and beverages, personal care industry is driving growth of the market in this region. According to the International Trade Administration, the sale of personal care products was recorded to US$ 50 billion in 2015 and is estimated to grow by 7% to 10% annually, in China. Such factors increases demand for PET bottles as it is widely used in the packaging of mouthwash, moisturizers, lotions, and other personal care products. 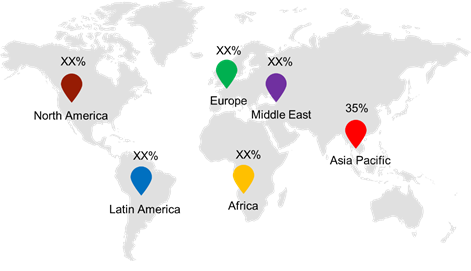 PET bottle manufacturers are adopting different growth strategies such as development of new products to cater to the growing demand of PET bottles and expand its businesses. For instance, in January 2018, Amcor Limited launched lightweight PET bottle that are portable and shatterproof specifically for carrying wines. These bottles consists of barrier coating technology that protects the wine from oxidizing in the PET bottles.

However, stringent regulations on PET material is hindering growth of this market. For instance, 21CFR177.1630 of the U.S. Food and Drug Administration regulates the use of PET in food contact surfaces and articles including bottles.

Europe is held significant market share in 2017 in the global PET bottles market. Growing demand for plastic materials including PET for packaging applications such as bottles is the major factor driving growth of the PET bottles market. According to Plastics Europe, demand for PET held market share of 7.1% in the European Plastics market and is majorly used in manufacturing bottles for soft drinks, water, juices, cleaners, and others.

Players operating in the global PET bottles market are developing new products to cater the growing demand for PET bottles. For instance, in February 2018, Ecover launched PET bottle made from 100% recycled PET bottle for cleaning products.