Press Release: Pneumatic Cylinder Market to Surpass US$ 1,401 Million by 2026

The double acting cylinder segment held the dominant position in 2018 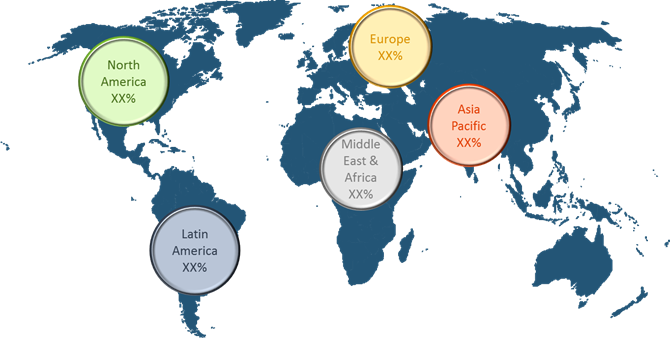 On the basis of geography, the pneumatic cylinder market is segmented into North America, Europe, Asia Pacific, Latin America, Middle East, and Africa. Asia Pacific pneumatic cylinder market held the dominant position in the market and is expected to hold its dominance throughout the forecast period. India, China, and Japan are the major growth engines in this region. Increasing demand for earth moving equipment in Asia Pacific is one the key factors, which accelerated the demand for the pneumatic cylinder in the region.  Rising number of construction projects in China is leading to increasing demand for earth moving equipment. For instance, after the announcement of ‘One Belt, One Road’ project by China government in 2013, the construction industry in the country is expected to witness a significant growth. The main aim of the project was to link three regions — Asia, Africa, and Europe. Moreover, increasing urban population in India has also increased demand for housing projects, which will directly increase the demand for earth moving equipment during the forecast period. For instance, according to Population Reference Bureau, the total population of India was 1,352.6 million in 2017, out of which, 33% (about 446 million) lives in urban areas. Furthermore, high investments for infrastructure development by the Indian government accelerated demand for earth moving equipment in India. For instance, according to the India Brand Equity Foundation (IBEF), in the Union Budget 2018 – 2019, the government allocated US$ 92.22 billion for infrastructure.

The pneumatic cylinder, also known as air cylinder, is a mechanical device that uses air pressure to generate force in a linear motion. Various industrial applications require linear motion during its operating sequence. The integration or adoption of pneumatic cylinder is one of the simplest and cost-effective ways. The different style of pneumatic cylinder includes cylinders with piston rods, rodless cylinders, diaphragm cylinders, and rotary cylinders. Pneumatic Cylinder works on two basic operating principles: single acting and double acting. The single acting cylinder uses one air port to permit compressed air to enter the cylinder. Similarly, the double acting cylinder holds the air port at each end, which helps to move the piston forward and backward by alternating the port that receives high-pressure air.

Increasing production of mining industry plays a key role in the growth of the market as it directly increases demand for earth moving equipment. For instance, according to World Mining Congress, the global mining production was pegged at 16.9 billion metric tons in 2016, up from 15.8 billion metric tons in 2010. Various types of earth moving equipment such as dump trucks, dozers, loaders, and excavators are used for different mining operations.

Dry ice is the solid form of carbon dioxide (CO2) that does not leave any residue and is used as a cooling agent. Dry ...

Ice glazing is a process of applying a protective layer over chicken and fish to preserve them from dehydration a...

Metal joining is a part of the mechanical manufacturing process.  Methods of metal joining include welding, brazi...

Wind turbines (WT) are one of the fastest growing sources of power production in the world and there is a constant nee...

The global industrial explosives market size is expected to witness potential gains in the future and register a signi...