The market is projected to reach US$ 24,730 million by the end of 2027, at a CAGR of 3.5% over the forecast period, owing to the increasing number of construction sites in emerging economies such as India and China. Portable toilets on construction sites increase the workers’ productivity and are easy to relocate, according to the requirement.

According to the report published by Global Construction Perspective (GCP), China, US, and India is anticipated to contribute 57% in global construction growth, which is expected to account for US$ 4.5 trillion by 2030.

Factors such as need for increased sanitation and hygiene are fueling growth of the portable toilet market. Moreover, increasing number of international tourists in Europe is expected to increase the demand for portable toilet on streets, tourist attractions, docks, and other such public places.

According to research conducted by LIXIL in collaboration with Oxford Economics, global economic losses from poor sanitation were estimated to be US$ 223 billion in 2015, an increase of over 20 percent from five years earlier. In the same year, poor sanitation cost the Asia Pacific region was estimated to be US$ 172 billion, Latin America and the Caribbean US$ 22.2 billion, and Africa US$ 19.3 billion. Therefore, increasing awareness regarding the sanitation is expected to propel demand for portable toilet during the forecast period.

Among public places, portable toilets are also used in events on a large scale. Event organizers prefer providing portable toilet facilities as the people will stay longer at the event due to convenience and will therefore spend more time and money on the event.

Among regions, Europe is expected to witness a significant growth in case of portable toilets, as most of the construction companies in Europe have laws wherein the provision of sanitation services is a must on construction sites. This will not only increase the productivity of the workers on site, but it will also be convenient to relocate the toilet in future. 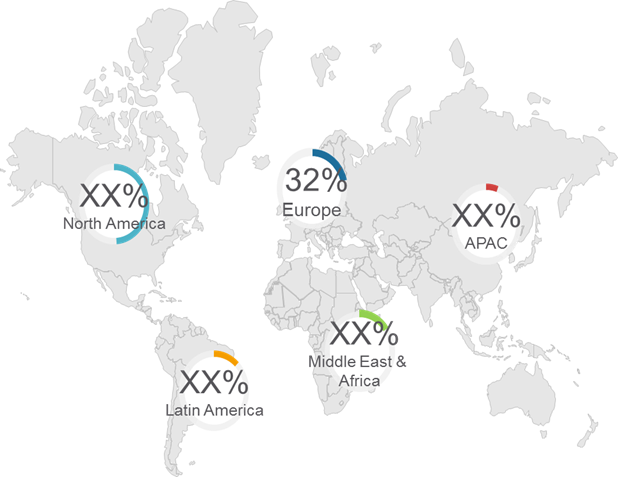 Europe is expected to witness a rapid growth in case of travel and tourism industry during the forecast period. As per the World Travel & Tourism Council (WTTC), in Europe, the direct contribution of Travel & Tourism to GDP was 3.6% of the total GDP and is expected to rise by 2.4% p.a. from 2018-2028. Growing tourism will increase the demand for portable toilets at public places. 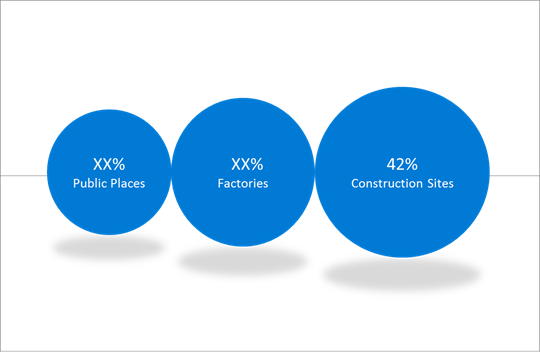 Among application, construction sites segment has the highest demand for portable toilets, owing to increasing construction activities globally. According to India Brand Equity Foundation (IBEF), in June 2018, the Asian Infrastructure Investment Bank (AIIB) announced US$ 200 million investment into the National Investment & Infrastructure Fund (NIIF). Moreover, according to the World Bank data, the global infrastructure sector was valued at US$ 35.48 trillion in 2017, which increased from US$ 34.69 trillion in 2016. This in turn is projected to position Asia Pacific as the fastest-growing region in the global portable toilet market.

North America is also expected to witness a growth in terms of construction activities, which in turn will increase the demand for portable toilets. As per the Associated General Contractors of America (AGC), the U.S. construction industry has more than 670,000 employers with over 7 million employees and creates nearly US$ 1.3 trillion worth of structures each year.

Portable toilet can be easily moved around to provide sanitation. Growing awareness regarding hygiene and sanitation is driving growth of the portable toilets market. For instance, the ‘Clean India’ mission aims to construct 111 million toilets in the next five years for improving the health, safety and dignity of the populace of India. In this regard, around 80 million household toilets were estimated to build since 2014, which is anticipated to propel demand for toilet-related products and services over the forecast period.

Among application, construction sites segment held a significant market share in the portable toilet market. For instance, as per ‘The International Trade Administration’ (ITA), U.S. Department of Commerce, the Chinese construction industry valued at US$ 717.71 billion in 2016, and is estimated to grow and reach US$ 976.43 billion by 2020.