Propylene belongs to the alkene class with three double bonded carbon atoms. It is the second highest used petrochemical after ethylene. Propylene or Propene is a byproduct of oil refining and natural gas processing. During oil refining, ethylene, propene, and other compounds are produced as a result of cracking larger hydrocarbons. A major source of propylene is naphtha cracking, which is intended to produce ethylene and results from refinery cracking producing other products. Propane dehydrogenation converts propane into propylene with byproduct hydrogen. Fluid Catalytic Cracking splitters and On-Purpose Technology (OPT) are most widely used propylene production technologies worldwide. Its end-uses include films, fibers, containers, packaging, and caps and closures. Propylene is considered as an important building block for various chemicals such as polypropylene, propylene oxide, acrylonitrile, cumene, oxoalcohols, isopropylalcohol, acrylic acid, acrylated, isobutyl benzene, and EPDM rubbers. These derivatives of propylene are used in various end-use industries such as automotive, construction, textiles, and packaging.

According to Coherent Market Insights analysis, global propylene market was pegged at 100 million metric tons in 2016 and is expected to grow at a CAGR of 3.9% during the forecast period. Increasing demand for derivatives, especially polypropylene and propylene oxide is expected to drive market growth. Polypropylene and its alloys are extensively used in automotive industry. Another derivative acrylonitrile is used in a variety of elastomeric fibers and polymers. It is used for acrylic fibers in clothes such as sweaters, socks, beddings, carpets, sportswear, cushions, and blankets.

To meet the global demand there are some planned and upcoming capacity additions with major capacity expansions planned in China during the forecast period. China has also been the largest importer of propylene and its derivatives and a need to reduce its reliance on imports many investments are being proposed by 2025. This include Fujian Meide Petrochemical Fuzhou Propylene Plant, Oriental Energy Ningbo Propylene Plant, and Oriental Energy Ningbo Propylene Plant. In 2016, global polypropylene production capacity was around 120 million metric tons grown from 107 million metric tons in 2014.

Asia Pacific dominated the propylene market in 2017, and is expected to continue its dominance over the forecast period. This is attributed to growth of automotive and construction industries in the region. According to International Trade Administration (ITA), China is the world’s largest construction market and it was valued at US$ 717.71 billion in 2016, and is estimated to reach US$ 1,042.17 billion in 2021. The major regions in propylene market are China, US, and Western Europe, which account for over 70% of the total market demand. 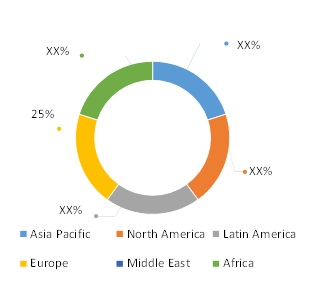 Polypropylene was the largest market segment for propylene with a market share of around 64% in 2017. It is expected to retain dominant position in market, which in turn is propelling demand for propylene from end use industries. There are certain upcoming polypropylene projects to serve the demand from various end-use applications. For instance, a 700 kilo tons polypropylene plant, based on propylene recovered from cracked Liquefied Natural Gas (LPG) generated from INDMAX Plant, is under implementation is scheduled for completion by the end of 2018.

Propylene is used in various end-use industries such as automotive, construction, textile, packaging, and others. Propylene is considered as one of the key building blocks of petrochemicals and the second highly used petrochemical after ethylene. Major propylene derivatives are polypropylene, propylene oxide, cumene, acrylonitrile, oxoalcohols, isopropyl alcohol, acrylic acid, and acrylate.

Polypropylene segment accounted for highest revenue share in the propylene market in 2016, and the segment is projected to retain its position over the forecast period due to high demand for polypropylene and its alloys in automotive industry. In packaging, polypropylene has a variety of application such as bottles, food packaging, and biaxially oriented polypropylene. Therefore, packaging segment is the major segment in end-use Industry.

Asia Pacific dominated the market in 2016, and the region is projected to be the fastest growing in the global propylene market over the forecast period. The growth of Asia Pacific propylene market is attributed to increasing demand from end-use industries along with strategic investment by market players such as IRPC Plc., Fujian Meide Petrochemical in the region to tap potential market in China, India, and South Korea. For instance, in December 2016, Thai IRPC announced to expand its local production capacity of propylene by 63% to boost its long-term earnings growth.