Press Release Safety and Security Drones Market is Expected to grow with a CAGR of 34.7% by 2027

Safety and Security Drones Market is Expected to grow with a CAGR of 34.7% by 2027

Safety and security drones has several advantages such as increased range of drones, and high-resolution sensors for specific services such as high-quality videography and for patrolling, and inspections. For instance, these drones are extensively used to manage safety and security at various public places such as airports, colleges, universities, railway stations, seaports or docks, and large public events. High adoption of drone technologies in traffic management, crowd management, assets management, patrolling, surveillance operations, and an increasing number of smart cities are expected to boost growth of the market. According to Coherent Market Insights’ analysis, China is expected to be the fastest-growing country in the Asia Pacific safety and security drones market during the forecast period. 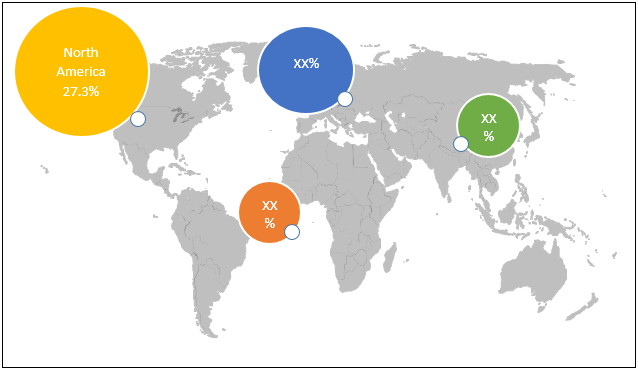 North America is expected to be the largest and fastest-growing market for safety and security drones during the forecast period, owing to increasing adoption of drones for numerous monitoring and surveillance applications in the region. In addition, government of various countries are offering relief for the usage of the drone in the region. For instance, in December 2019, the U.S. Department of Transportation’s Federal Aviation Administration (FAA) announced rules and regulations for the operation of the drones in the U.S. airspace by requiring them to be identifiable remotely, by installing RFID chip in it. This remote identification of drones will allow safe operation of the drone.

Moreover, loosening rules and regulations for safety and security drone is further expected to boost the market growth across the globe. For instance, in March 2017, Airobotics Ltd, an Israel-based drone manufacturer was the first company worldwide that has received permission from Civil Aviation Authority of Israel (CAAI) for operation of fully automated drones without a pilot. This certification resulted Airobotics drone ideal for monitoring of critical points at manufacturing or industrial sites such as mines, ports, and assets of the oil, power, and gas companies such as distribution lines. 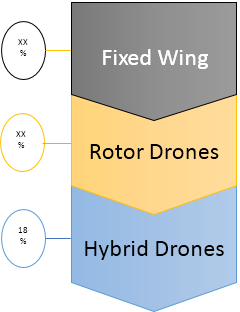 According to Coherent Market Insights’ analysis, hybrid drones segment is expected to be the fastest-growing segment during the forecast period, owing to increasing adoption of hybrid drones due to its advanced capabilities such as longer flight time, higher payload capacity, and increased range of safety and security drones up to 4-5 times compared to normal safety and security drones, which have a range of around 10-20 miles.

Drone surveillance is easier, safer, and faster. Safety and security drones have applications in border surveillance, monitoring assets of the power, oil, and gas companies, as the drone can enter in confined, and narrow space, and can be equipped with high-quality cameras and thermal sensors, which allows them to provide imagery of critical areas that the human eye is unable to detect.

However, complex terrain and limited range of delivery drones are some of the major factors that are expected to restrain growth of the market over the forecast period. Lack of proper knowledge and high expertise for maneuvering safety and delivery drones are other factors that are further expected to hamper growth of the safety and security drones market over the forecast period.