Secure Digital (SD) is a proprietary non-volatile memory card format, which is developed by the SD Card Association for the use of portable devices. SD memory card is typically used in various electronic devices such as tablets, smartphones, digital cameras, and other handheld devices. Rising advancements in NAND technology has increased the adoption of SD memory cards. Many companies are incorporating novel features to the SD cards, in order to attract customers and increase sales. These companies are adding innovative features such as memory-expansion options, free software, and waterproof SD cards. 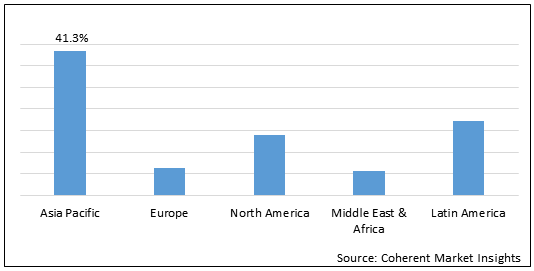 Growing technological advancements are expected to drive growth of the global secure digital (SD) memory card market during the forecast period. Imaging technology has enhanced over the years significantly. New camera modules are equipped with advanced imaging technologies that allow users to capture images or videos in high-resolution formats such as UHD and FHD, which requires high storage capacities. For instance, in 2014, Panasonic Corporation launched a UHD digital camcorder that can record videos in 4K, 2K, and other HD formats.

Rising seasonal sales of mobile devices are expected to propel the global secure digital (SD) memory card market growth over the forecast period. Increasing the adoption of mobile devices such as smartphones and tablets, especially during seasonal sales due to discounts offered by various manufacturers is expected to drive demand for SD memory cards.

Growing adoption of wearable devices can present lucrative growth opportunities. Increasing adoption of smart wearable devices such as smartwatches and the head-mounted displays is boosting the demand for secure digital memory cards. For instance, in 2014, iBerry launched Auxus RIST Smartwatch, its first smartwatch, which includes an expandable memory card slot Market players can capitalize on these opportunities and gain a competitive edge in the market.

Increasing demand for action cameras can provide major business opportunities. Extreme sports are becoming popular among youth across the globe. This, in turn, is expected to increase adoption of action cameras to capture these adventures. For instance, in 2015, GoPro launched GoPro Hero 4, a small-sized action camera, which includes an expandable micro SD card slot that supports up to 64GB capacity.

Major manufacturers in the market are laying emphasis on embedding wireless technologies such as NFC and Wi-Fi in SD memory cards, in order to expand their functionality. For instance, in 2015, Toshiba launched the world’s first SDHC memory card with built-in Near Field Communication (NFC) functionality that enables users to preview card content and get information about spare storage capacity by tapping it on an NFC-enabled smartphone.

SD card manufacturers are focused on introducing SD memory cards with extended life spans and that can sustain extreme temperatures. These are primarily used in certain industrial and automotive applications such as in-dash entertainment systems and dashboard cameras. For instance, in 2015, Panasonic launched an SD memory card that can operate at temperatures between -40 ?C and +85 ?C for industrial applications such as POS terminal, set-top boxes, and surveillance systems. 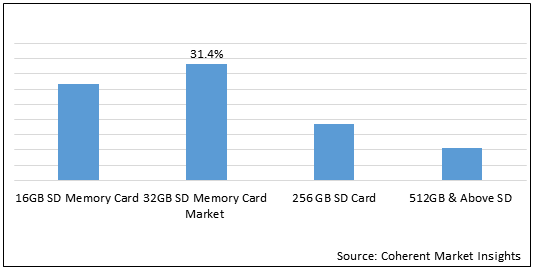 Declining prices of NAND flash memory is expected to hamper the global secure digital (SD) memory card market growth over the forecast period. Declining ASP of NAND-based flash memory products and intense competition in the market is the major factor hindering adoption of SD memory cards. Such factors are expected to hinder profit margins of manufacturers significantly. For instance, Micron’s ASP per NAND Flash GB declined significantly from US$ 12.4 in 2006 to US$ 0.60 in 2014.

SD memory card is an open standard (ansepressive system), mainly used in digital cameras, mp3, video cameras, computer vision, electronic photo devices, e-book, dashcams, etc. The SD memory card is also known as the micro SD card, mini SD card, or the small size SD card. This is one small, but great storage device for pictures and movies. The memory card has a circuit that works like the computer's USB port or the camera's camera port. The memory cards come in different sizes and data capacities. For the purpose of the information, it will be using the smallest size SD memory cards.

Growing sales of smartphones are expected to boost the global secure digital (SD) memory card market growth over the forecast period. As per the Pew Research Center, in 2019, around 81% of people in the U.S. had smartphones, increasing from 68% in 2015. According to the same source, tablet users in the U.S. increased from 34% in 2013 to 52% in 2019. This, in turn, has increased the demand for SD cards across the region.

Furthermore, the launch of the fastest and largest capacity SD memory cards by companies is expected to accelerate growth of the global secure digital (SD) memory card market in the near future.

Which region held dominant position in the market?

Increasing demand for durable memory cards is a key trend in the market.

Growing technological advancements are expected to drive growth of the market during the forecast period.

What are challenges involved in the market?

High selling price of new products is expected to restrain growth of the market during the forecast period.

Which sector held dominant position in the market?