Seed treatment involves application of pesticides to seeds for protecting them from diseases caused due to various organism and insects. Treating seed with pesticides is important, as it improves health of crops. Major factors driving growth of the market include low-cost of crop production and less environmental impact of seed treatment. During the seedling development stage, crop seeds are exposed to adverse environmental conditions. Seed treatment reduces the environmental impact of the manufacturing process by reducing the spray applications of crop protection products and decreasing exposure to non-target species including pollinators and humans.

According to American Seed Trade Association (ASTA), the exposure of potential soil surface to pesticides is reduced by around 90% or more as compared to other application methods such as broadcast sprays or in-furrow applications. However, although seed treatment is a cost-effective crop protection technique, it is not efficient if presence of pest is high. Hence, the low shelf life of the treated seeds and limited protection are major factors restraining market growth.

Seed treatment is segmented on the basis of crop type in cereals & grains, sugar beets, alfalfa, oil seeds, sugarcane, and vegetables. Cereals & grains segment is expected to account for the highest revenue share over the forecast period, due to its increasing consumption by global population. According to the United States Food and Agriculture Organization, the global cereal consumption was 38 million tonnes in 2016 and was increased by 1.5% in 2017. Furthermore, seed treatment is segmented on the basis of applications such as insecticides, fungicides, herbicides, fertilizers, and bio-control. Herbicides accounted for the largest revenue share in 2016, owing to its easy application and low cost. According to Federation of Indian Chambers of Commerce & Industry, herbicides accounted for 16% of the total crop protection chemicals market in 2015.

Latin America is a dominant region in the global seed treatment market and was valued at US$ 6,199.6 Mn in 2016. Brazil is a global soybean producer and around 98% of soybean seeds in Brazil are treated with fungicides and insecticides. This factor is considered as a major driver for the growth of seed treatment market in this region.

According to European Commission, Regulation No. 540/2011 amending Regulation (EU) No. 485/2013, the use as soil treatment and seed treatment of plant protection products containing active substances such as thiamethoxam, imidacloprid, and clothianidin are prohibited for the cereals and crops attractive to bees, except uses for winter cereals and in greenhouses. 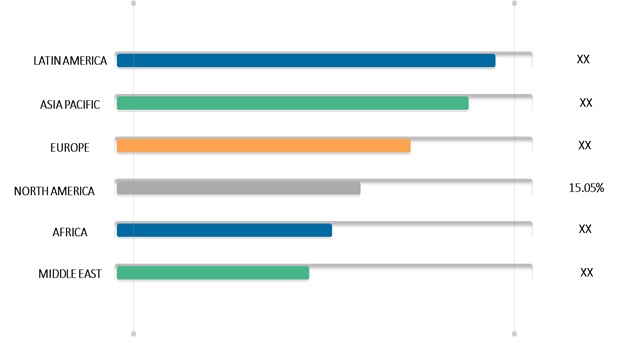 North America held revenue share of 15.05% in the global seed treatment market in 2016. The active ingredients used in seed treatments are regulated by the U.S. Environmental Protection Agency (EPA) under the Federal Insecticide, Fungicide and Rodenticide Act (FIFRA).

Several market players have undertaken initiatives such as merger & acquisition and new product launch to meet increasing demand from consumers and enhance their business in the seed treatment market. For instance, in May 2017, Syngenta AG announced to launch its fungicidal seed treatment, Plenaris in Argentina by 2018 for the control of downy mildew in sunflower.

Seed treatment is referred to seeds treated with chemicals or biological substances to protect the crop from insects and other pests. It is widely used in eradicating seed borne pathogens such as bunt or smut from barley, wheat, and oats, and can also be used to suppress root rots in certain crops. Due to the low dosage nature of seed treatments, use of pesticides and fertilizers on crops is reduced resulting in significant cost savings for farmers. Also, environmental impact of seed treatment is less and is expected to burgeon the growth of this market. However, various alternatives to crop protection and enhancement techniques such as crop rotation and heat treatment of seeds are restraining factors for growth of the seed treatment market.

Latin America is projected to hold the dominant position in global seed treatment market, followed by Asia Pacific over the forecast period. The growth of this market is driven by increasing operating cost of fertilizers. According to Province of Manitoba, operating cost of wheat crop production by fertilizer was US$ 61.23 per acre and that of wheat crop production by seed treatment was US$ 22.0 per acre in 2016.

Furthermore, African government initiatives to increase awareness about seed treatment among African farmers is fueling growth of the market. The National Agricultural Seed Council, an Agency of the Federal Ministry of Agriculture and Rural Development conducts seed development programs to develop a market-driven seed industry for the distribution and production of improved and high quality planting materials, which are accessible, affordable, and available to all the farmers.