Press Release: Smartphone Market Is Expected to Witness CAGR of 7.6% During the Forecasted period (2019-2027)

Smartphone Market Is Expected to Witness CAGR of 7.6% During the Forecasted period (2019-2027)

A smartphone is a class of mobile phones that are distinguished from feature phones by the stronger hardware and software capabilities and broad mobile operating systems. A wide range of features are available on smartphone such as multimedia functionality including music, video, gaming, and camera, voice and video calls, internet including web browsing, and wide software functionalities. There are different operating systems used in a smartphone namely iOS (Apple), Android (Google), Windows (Microsoft), Blackberry Operating System, and others. Growth of social media platform such as Facebook and Twitter has increased the usage of smartphone. Over the years, smartphones have massively evolved and are integrated with innovative technologies including global positioning system (GPS), gyroscope, flash memory, optical fingerprint sensors, near field connectivity (NFC), augmented reality, virtual reality, etc.

Disposable income of consumers around the globe has increased, which in turn, has increased the possibility of consumers spending on media, entertainment, mobile communication devices, and networking. Purchase of electronic devices such as smartphones, laptops, tablets, and gaming consoles has witnessed significant increase in the recent past. According to an independent survey carried in early 2016 among electronic devices vendors, demand for smartphones has increased substantially owing to increasing disposable income of consumers, especially in emerging economies. Hence, increasing disposable income globally is expected to boost the global smartphone market growth during the forecast period.

Smartphone manufacturers are increasingly investing in research and development activities, in order to innovate technologically advanced devices to suit current consumer tastes. Moreover, manufacturers are investing in development and production of their own application processor (AP), in order to maintain their market share and boost profit margins. For instance, Apple Inc. develops its own AP and is one of the most sought after brands in the global smartphone market. Therefore, increasing investment in R&D activities is expected to support the global smartphone market over the forecast period.

LTE device, also known as a 4G device, is used for voice chats, surfing the Internet and sharing files at faster speeds. Improving LTE network infrastructure is expected to drive demand for smartphones globally over the forecast period.

Asia Pacific region dominated the global smartphone market in 2019, accounting for 39.7% share in terms of value, followed by Europe, and North America respectively 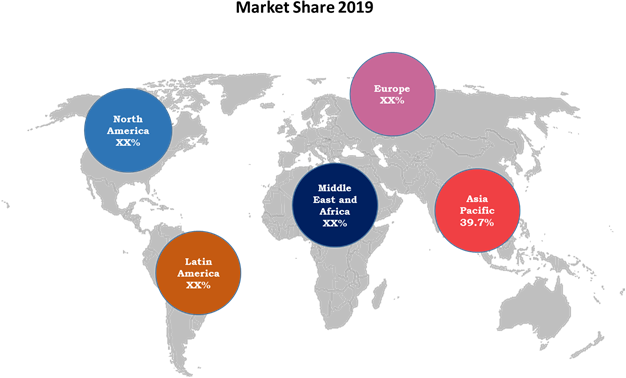 Premium smartphone makers such as Apple Inc. and Samsung offer high-end phones, which has been witness significant demand in the recent past, especially in developed countries such as the U.S., Canada, and European countries. However, in price sensitive markets such as China and India, consumers prefer smartphones that have the same features of high-end smartphones though at affordable price. Furthermore, mature markets such as North America and Europe are saturated, which is expected to hinder the global smartphone market growth during the forecast period.

According to Coherent Market Insights’ analysis, high adoption of smartphones among consumers aged between 18 to 34 years is expected to drive growth of the global smartphone market over the forecast period. Smartphone manufacturers can target the aforementioned age group of consumers by offering high-end features including seamless voice control and flexible screen to attract younger population in the near future. Such strategies can present major market opportunities over the forecast period. 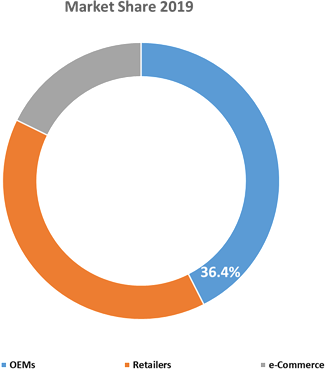 Currently, there is an ongoing battle among smartphone makers over customer acquisition and retention in the North America market. Consumers are preferring iOS over Android in the U.S. market. According to the same source, Apple accounts for the strongest brand value among consumers in the U.S. That being said, around 68% of smartphone users in the U.S. prefer Samsung. In order to target consumers of high-end devices in the U.S. market, Samsung launched its flagship product called ‘Galaxy S’ smartphones.

Although the Western Europe smartphone market has reached the maturing level, there is an increasing demand for premium smartphones in the region. According to Coherent Market Insights’ analysis, iOS was valued higher than Android, with the two operating systems accounting for 81% and 79% value share respectively in 2015. According to the same source, despite drop in demand for smartphones in the market in Western Europe by 29% quarter-on-quarter, and 6% year-on-year, demand for Samsung Galaxy S7 and S7 Edge remains high in the first three weeks of launch. 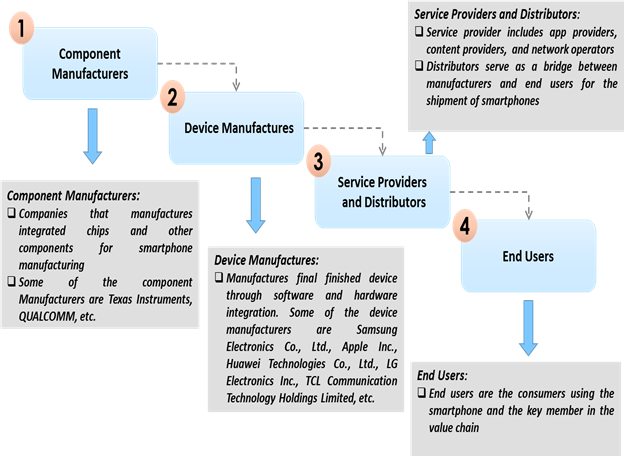 The smartphone is a cellular phone with an integrated computer chip, and other features such as an operating system, social media, and the ability to run high-end software applications. The majority of smartphone devices run on Android, iOS, BlackBerry OS, Windows OS, and others (Ubuntu, etc.), which increases the functioning capability of the smartphone.  A wide range of features is available on a smartphone such as multimedia functionality including music, video, gaming, and camera, voice and video calls, internet including web browsing, and wide software functionalities.

Rising disposable income of people increases the spending on media, entertainment, networking, and mobile communication, which in turn increases the sales of consumer electronics devices such as smartphones, gaming consoles, and laptops.

Household induction cooktops are electric appliances that are used for cooking. They offer fast heating and ...

A smart TV is an internet-connected television with a wide range of online features, such as on-demand conte...

Set top box (STB) is a hardware device, which receives a digital signal, decodes the signal, and displays it...

An air purifier removes organic and inorganic contaminants from air within enclosed area. These devices capt...