Swab plays a major role in advance healthcare, as they are part of surgery and medicine. It is widely used in first aid kit, wound cleansing, and at injection sites. Swab are made of absorbent material, sometimes pertained with alcohol, iodine, cetrimide or cholrhexidine, which imparts medical properties to it. 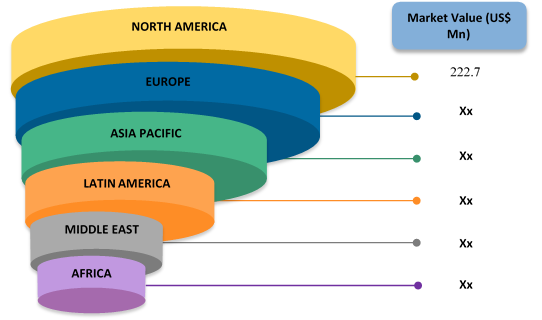 Swab is used in for cleaning wounds and disinfecting the pre injection site. High prevalence of chronic diseases is expected to propel demand for surgical procedures, which in turn is expected to drive the market growth. According to the, American College of Cardiology Journal (JACC) in December 2012, an estimated 40% people above aged 25 years are diagnosed with high blood pressure in the U.S., and the number of patients with elevated blood pressure has increased from 600 million in 1980 to a billion in 2008.

Moreover, increasing incidences of road accidents and falls associated wound and injuries are propelling growth of the swab market over the forecast period. According to the World Health Organization (WHO) factsheet 2018, road accidents caused around 20 and 50 million injuries annually around the world. Road traffic injuries are the leading cause of death among people aged between 5 and 29 years, and more than 1.35 million people die annually, as a result of road traffic crashes globally.

Swabs are made of absorbent material, which imparts medicinal properties to it. Swab is part of surgery and medicine and it is used in surgical procedures, injuries, at pre injection site and in diagnostic kits to obtain sample. The major role of swab is wound cleansing and disinfection. The antiseptics used in swab are iodine, cetrimide and disinfectant such as alcohol.

Increasing prevalence of accidents and falls cause’s injuries, which is expected to increase surgical procedures, in turn driving swab market growth. According to World Health Organization (WHO) factsheet in 2018, annually there are around 37.3 million falls, which require medical attention, whereas an estimated 646,000 individuals die annually from falls globally. Moreover, increasing prevalence of cardiovascular disease is expected to propel treatment via surgery, which is expected to boost the market growth. According to the, World Health Organization (WHO) published in 2009, around 3.8 million men and 4.4 million women die annually from coronary heart disease worldwide. Moreover, according to the same source, the mortality for age between 15 to 59 years, was around 1,332, 000 and for above 60 years of age, it was around 5,825, 000.

What are the growth estimates for swab markettill 2026?

Which are the prominent swab market players across the globe?

Which segment based on test type, accounted for the highest demand in the swab market?

Among test type, blood test segment holds a dominant position in the swab market in 2018, as majority of diagnostic test are associated with blood test.

What are the key factors driving growth of the swab market?

Increasing incidence of surgeries is one of the major factors that is expected to propel growth of the market over the forecast period.

What is the compound annual growth rate (CAGR) of the swab market for next 8 years?

Which region is dominating the swab market growth?

Among regions, North America is expected to hold dominant position in the global swab market over the forecast period.

Ketorolac is a non -steroidal anti-inflammatory drug (NSAID’S) recommended for treatment of moderate or severe p...

Tigecycline is an antibiotic available under brand name Tygacil which is used to treat serious bacterial infectio...

Achondroplasia means loss of cartilage formation in individuals, cartilage is a flexible tissue which leads to formati...