Ultracapacitors are electrical energy storage devices that can store a large amount of electrical charge. It is also referred to as supercapacitors and has high capacitance value, much higher than an ordinary capacitor. However, it has lower voltage limits, which bridges the gap between electrolytic capacitors and rechargeable batteries. Ultracapacitors are used in various sectors including electronics, the automotive, wind, industrial, and military. The global ultracapacitors market focuses on four regions namely North America, Europe, Asia Pacific, and Rest of World.

Asia Pacific (Region) held dominant position in the global ultracapacitors market in 2020, accounting for 36.0% share in terms of volume, followed by North America and Europe, respectively. (Add Relevant Driver/s for growth of the region/segment) 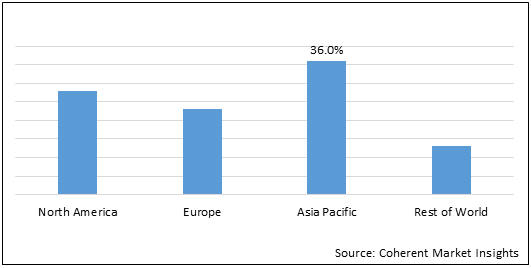 An average of ultracapacitors is around 8 to 15 years, while the life of a conventional battery used in automobiles is around 3 to 4 years. Moreover, in other devices such as solid-state devices, the conventional battery life cycle is around 1-2 years. The high price of lithium-ion batteries also results in the poor resale price of electric vehicles, which inhibits the growth in sales of electric cars. In such a situation, ultracapacitors may serve as a better substitute for batteries as it has a long life and is not needed to be replaced after 3-4 years. Furthermore, decreasing the price of ultracapacitors is expected to make an impact in the near future. Hence, these factors are expected to drive growth of the global ultracapacitors market during the forecast period.

Rising fuel costs, increasing carbon emissions, and depletion of natural resources has led to increased demand for alternate means of transportation. Governments in many regions have started imposing stringent environmental regulations to reduce CO2 emission and save fuel. For instance, the European Commission issued a regulatory proposal confirming a 95g/km target by 2020. Government regulations such as 95g/km CO2 emissions in Europe and Corporate Average Fuel Economy (CAFE) in the U.S. are the major factors supporting the growth of ultracapacitors in these regions. This, in turn, has increased the demand for ultracapacitors, which offers environment-friendly energy storage options. As a complement to battery technology, ultracapacitors are expected to replace battery technology in the long run. Therefore, these factors are expected to propel the global ultracapacitors market growth in the near future.

Ultracapacitors are being increasingly used in numerous technologies such as regenerative auto start-stop, power assist, braking, catalyst preheating, door-lock systems, and stabilization of electrical systems. Moreover, ultracapacitors are used in the solar devices, energy harvesting, electrical vehicles, mobile phones, tablet PCs, and other products. Furthermore, the increasing demand and adoption of ultracapacitors in military/ aviation also create an opportunity to capture this opportunistic market. Ultracapacitors are used in missiles, airplanes, and rockets. In the military sector, ultracapacitors can be used for several purposes such as - backup power for electronics in military vehicles, backup power for fire control systems in tanks and armored vehicles, and high power discharge for naval warfare among others.

Ultracapacitors are expected to witness significant demand in handheld electronic devices such as laptops and mobiles in the near future, owing to increasing adoption in the transportation, solar, and industrial sectors. Any electronic device that requires a burst of power can be transformed with an ultracapacitor. Features such as video, camera, wireless communication, GPS navigation, and high-fidelity audio found in commercial products today can be operated with the help of ultracapacitors. Similarly, other industrial hand-held devices such as GSM/GPRS and RFID communications, LED flash, thermal printers, bar code scanners, display refreshes, GPS chips, hard disk drives, and audio amplifiers can also be operated more efficiently with the help of ultracapacitors.

Carbon is a crucial role in the manufacturing of ultracapacitors

Among the various raw materials used to manufacture ultracapacitors, carbon plays the most important role. Ultracapacitors use powdered activated carbon made from coconut shells. However, this market is not expected to foresee any raw material availability issues in the coming years and research and development will continue based on the market needs.

Energy sector is expected to be the most lucrative sector

Energy is the most attractive application segment for ultracapacitors followed by electronics. Rising need for renewable and lasting energy sources to replace fossil fuels is one of the major factors expected to drive the growth of ultracapacitors in the near future. 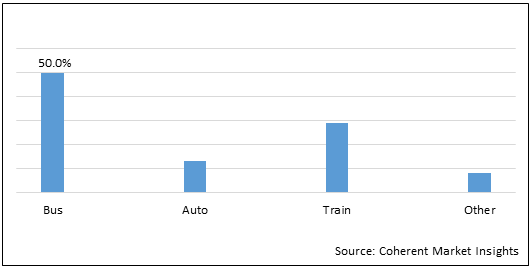 Key players operating in the market are focused on mergers and acquisitions, in order to enhance the market presence. For instance, in February 2019, Tesla Inc. acquired Maxwell Technologies Inc., a battery company.

Key companies are involved in mergers and acquisitions, in order to gain a competitive edge in the market. For instance, in April 2017, KEMET Corporation, a capacitor manufacturer acquired NEC Tokin.

Ultracapacitor has a number of applications in modern day electrical engineering. It is widely recognized that ultracapacitors hold great potential for improving both short and long run cost of ownership of electric vehicles, with potentially huge benefits to the environment. Ultracapacitor systems can store large amounts of electrical energy that can then be used when a charge is required. This allows an enormous level of power storage capacity, which has proved very useful in remote outlying systems such as wind turbines.

R&D in hybrid supercapacitors is expected to propel growth of the global ultracapacitors market. For instance, in July 2020, scientists at the International Advanced Research Center for Powder Metallurgy and New Materials, in collaboration with IIT Hyderabad, India, developed a facile, scalable, and cost-effective electrochemical route to synthesize electrodes made of Nickel cobaltite (NiCo2O4) containing nanosheet structures with incorporated oxygen vacancies as an active material, for hybrid supercapacitors.

Major players operating in the global ultracapacitors market are focused on launching new products to expand their product portfolio. For instance, in July 2021, AVX Corporation, launched SCP Series PrizmaCap supercapacitors with an operating temperature range of -55°C to +90°C, capacitance of 3.5–15F and energy density of 1.14–2.43Wh/kg.

What factors are influencing the adoption of ultracapacitors?

Longer life cycle as compared to batteries and stringent environment regulations in Europe and North America are factors boosting adoption of ultracapacitors.

Automotive (segment) held dominant position in the market in 2020.

The market is not expected to foresee any raw material availability issues in the coming years and research and development will continue based on the market needs. Moreover, the market is expected to witness rising need for renewable and lasting energy sources to replace fossil fuels.