A beverage cooler is an electric appliance, which is smaller than a conventional refrigerator and is used for holding cans and bottles. It consumes less energy to cool different beverages. Furthermore, a freezer is used to keep food frozen at extremely low temperatures. Generally, a household freezer is built into a refrigerator to keep ice cubes and ice creams. Freezers and beverage coolers are available in different capacities namely 500& above liters, 300 & 500 liters, 200 & 300 liters, and 200 & below liters.

The SEA freezer & beverage cooler market is estimated to account for US$ 957.5 Mn in terms of value by the end of 2027.

Many countries in SEA are popular for traditional wet markets, small independent grocery retailers, and food stalls. However, in the recent past, SEA region has witnessed the emergence of modern retailing. Higher per capita disposable incomes, increasing urbanization, lifestyle changes leading to increase in the demand for packaged foods and ready-meals, increasing consumer desire for quality products in bright and sanitary environments, and increasing demand for one-stop shopping are causing modern retail to flourish. Freezers and Beverage coolers are in deployed in large numbers in these modern retailers. According to Coherent Market Insights' analysis, the modern grocery retail market in SEA recorded sales of over US$ 504.3 billion in 2014. According to the same source, Vietnam registered the fastest growth of retailing business at CAGR of 11.2% from 2007 to 2014. The retailing business is not equally distributed among these SEA countries. Therefore, these factors are expected to propel the SEA freezer & beverage cooler market growth over the forecast period.

Among all the South East Asian countries, Indonesia is considered to be the potential manufacturing hub. The country has witnessed massive expansion by Asian manufacturers in the production facilities. Sharp Corporation began manufacturing commercial and residential refrigeration equipment in Karawang while Toshiba expanded its presence by establishing itself in a plant in East Jakarta. Some of the major factors such as low labor costs, political and economic stability in the region, and large population make Indonesia an attractive destination for Japanese and Korean manufacturers.

Freezers and beverage coolers are significantly expensive to purchase. As a result of this, SMEs are hesitant toward procuring beverage coolers and freezers. Therefore, these factors are expected to hinder the SEA freezer & beverage cooler market growth over the forecast period.

Thailand is home to over 69 million inhabitants and is home to South East Asia’s second-largest economy. Consumer disposable incomes continue to rise, along with expenditures on food and beverages. Per capita, disposable incomes rose 36% from 2005 to 2013 with annual consumer expenditure being US$ 3,243 per capita in 2013, in which food and non-alcoholic beverages representing US$ 908 or 28% of consumer expenditure.

The Philippines is the 18th-most populous country in the world with an estimated 100.10 million people in 2014. The population is expected to grow to 105.2 million by 2017, and then to 110.4 million by 2020. The Philippines had one of the world's youngest populations with a median age of 23 years in 2013. Annual per capita consumer expenditure was US$ 2,061 in 2013. Spending on food and non-alcoholic beverages represents US$ 874.7, or around 42.4% of that total, higher than the Asia Pacific average of 22.7%. The food service industry is expanding as income levels improve. The Philippine foodservice industry is dominated by independent and home-grown operators, which account for 78% of total outlets, 63% of total transactions, and 58% of total value sales. Chain operators are dominated by domestic brands such as Jollibee Foods Corp (Jollibee, Chowking) which control a larger portion of the foodservice industry than their multinational counterparts.

Due to Covid-19 pandemic, many industries witnessed significant shift in their business. There is significant impact on freezer & beverage cooler market, as most of the countries have imposed lockdown to contain the spread of COVID-19 pandemic. Most of the industries rapidly closing their operations to reduce the spread of COVID-19 pandemic. During Covid-19, the demand for hotel & restaurants and tourism has declined as people are staying at home and avoid going to these restaurants. These beverages are widely consumed by young population in hotel & restaurant. Thus, in turn decreases the demand for freezer & beverages market. 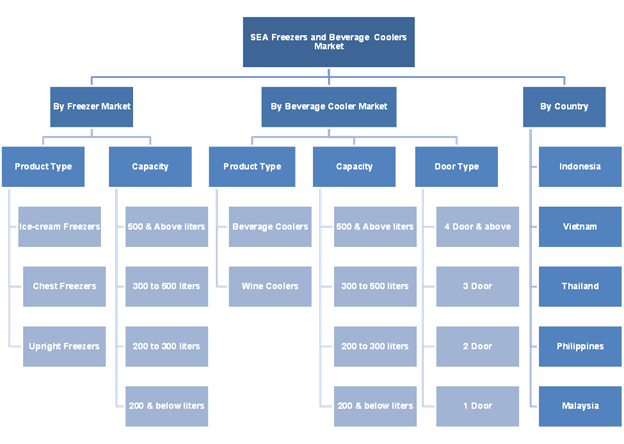 Enteroviruses are a group of viruses which cause mild or moderate symptoms such as fever, cold and infectious conditio...

Circular dichroism (CD) is a type of absorption spectroscopy technique that is based on the differential absorption of...

Adapalene is a medication, which is used to treat mild to moderate acne. Moreover, adapalene reduces the deposition of...