Cell Culture â€“ A Doorway to Infinitesimal Possibilities in Healthcare 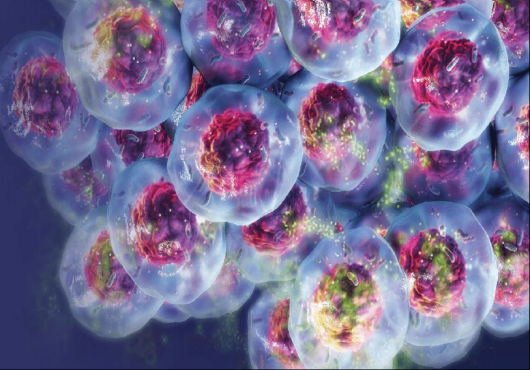 Cells are the building blocks of any form of life. In-depth research about cells provides an insight into the genetic structure, understanding of which holds the key to formulating an effective treatment approach for complex heart and genetic disorders. Deep understanding of the cell and the effects of its environment and that of different drugs on it is vital in understanding the best approach to manage the organism. Towards the end of the twentieth century, a revolutionary laboratory technique called cell culture was developed that enabled growth and maintenance of plant and animal cells on ideal substratum outside their natural environment in artificially-controlled conditions. This further allowed for an extensive study of the cells has been a breakthrough in molecular biology.

According to the report titled "Global Cell Culture Market, By Product Type (Instruments and Consumables), Application (Biopharmaceuticals, Vaccine Production, Gene Therapy, Cancer Research, Tissue Culture, Drug Development, Toxicity Testing), End-User (Academic & Research Institutions, and Pharmaceutical and Biotechnology Companies), and Geography - Trends, Analysis, and Forecast till 2024" published by Coherent Market Insights, the market for Cell Culture is expected to surpassUS$ 22.5 billion by the end of 2024 at a robust CAGR of 7.1% during 2016–2024.

North America is the largest market for cell culture. This is mainly owing to easy access to cutting-edge technology and extensive research in the field of molecular biology in the region. Developed regions provide a conducive environment for the growth of novel technologies, owing to high spending on research and development in these regions. No surprise then that North America and Europe, respectively are the growth engines for this market. The technology is highly capital intensive and requires a highly advanced set up for its research and implementation. This makes it out of bounds for most emerging economies in the Asia Pacific, but for the exception of Australia and Japan characterized by high research-funding and increasing biotechnology firms with high-end technology. With rapid strides being made in the technology, the associated costs are expected to decline significantly, which already far outweigh the benefits. This, along with increasing spending on healthcare infrastructure development in highly populous countries such as India and China would result in a shift in the market dynamics.

The high prevalence of various chronic diseases across the globe creates a pressing demand for effective vaccines. As per a report by the World Health Organization (WHO) in 2001, chronic non-communicable diseases accounted for 465 of the global disease burden, which is further expected to increase to 57% by 2020. Cell culture, given its inherent property of studying and altering the genetic structure of any organism, promises to provide a major breakthrough in this regard that could lead to the development of highly effective vaccines for a wide range of maladies. Various innovative stem cell cultivation techniques developed over the last couple of decades would further propel market growth. Cell culture is an inseparable part of stem cell development. Advancements in cell stem research, fuelled by effective use of cell culture technology, allow for effective and relatively safe treatment of dreaded cancers such as leukaemia, lymphoma, and myeloma, with high patient outcomes. The National Institutes of Health (NIH) is currently conducting clinical trials using adipose stem cells to treat Parkinson's disease. This paves way for even wider use of cell culture in the foreseeable future for treatment and possible cure of deadly diseases, which till now were thought to be incurable.

Organ Transplantation: An endless sea of opportunities for cell culture

Another major aspect of stem cells is its application in the development of organs/ tissues in the lab. In the U.S. alone, 8,000 deaths are reported each year linked to lack of organ transplants and one person is added to the national transplant waiting list every 10 minutes. As per Organ Receiving & Giving Awareness Network (ORGAN) India, 500,000 people await organ transplants in the country, a substantial number of which would die due to lack of organs for transplantation. Stem cells are expected to help alleviate this extremely gloomy situation in the near future. Apart from extensive research and supportive government initiatives in North America and Europe, stem cell research is also fledgling in China, Middle East, and South Korea.

Movers of the industry

Microbial contamination, a common problem encountered, is usually dealt with by adding antibiotics such as penicillin, streptomycin to the culture. This, however, often affects cell biochemistry and makes cell differentiation difficult. Weighing the risks involved due to contamination against the low effects of antibiotics, antibiotics are still widely used in cell culture. Cryopreservation—a big milestone in cell culture—allows long-term preservation of cell cultures by freezing them. This arrests genetic drifts and significantly reduces contamination risk, in turn reducing capital loss. We have only just skimmed the surface of the enormous potential of cell culture in healthcare, and technology is expected to gain even more traction in years to come, paving way for a healthy tomorrow.