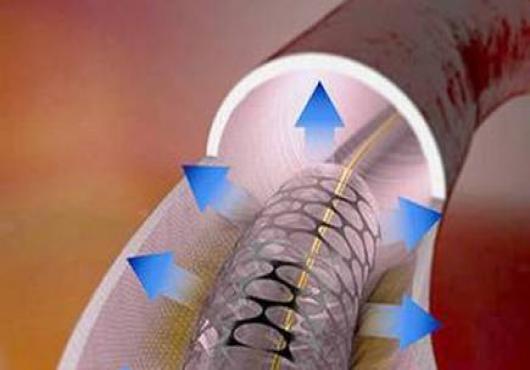 To treat coronary artery disease (CAD), stents, which are minute expandable mesh-like tubes are inserted into blocked arteries of the heart. In India, 90-95 percent of cardiovascular deaths are caused by CAD. As per the National Commission on Macroeconomics and Health, 2015, around 61.5 million people suffered from CAD in India.

The National Pharmaceutical Pricing Authority (NPPA) has set the price cap for stents. This step has been arrived at after the governments decided to include stents in the National List of essential medicines and its classification as a scheduled drug. The NPPA had noted that this was a botched market system, which has pressurized the patients monetarily. The supply chain of coronary stents was flawed with unethical malpractices, wherein information between patients and doctors was not channeled properly. According to NPPA, such a dysfunctional system requires regulatory pricing.

Until recently the stents sold in India were priced between INR 25,000 and INR 200,000 apiece. The latest development of pricing the stents below INR 30,000 apiece by the government has created a stir in the healthcare industry. These prices have been slashed by as much as 85 percent. As per the government notification, and including the 5 percent value-added tax, the average price of the bare metal stent is now INR 7,623 as against INR 45,000 and that of the drug-eluting stent is INR 31,080 in contrast to INR 121,000. Without accounting for applicable tax, drug-eluting stent and biodegradable stent are priced at INR 29,600. The NPPA has further noted that the average cost across 52 different brands of drug-eluting stent imported by nine companies is INR 16,918. Only five brands among these are priced above INR 26,900.   As per the government, this revision of prices would offer a respite of up to INR 44.5 billion each year to the cardiac patients in India.

While some members of the healthcare industry have welcomed this decision, another few are not finding this cap on pricing as favorable!!

At the advantageous end – patient

The decrease in medical expenses has made healthcare activists happy. The hospital organizations have also maintained that the patients will be in an advantageous situation. There is a common view that the reduction in stent prices will make angioplasty more affordable. Hospitals have pledged to pass on the merits to patients.

The non-profit organizations believe that this is an initial step and more needs to be done. The government now require to regulate hospitals such that angioplasty procedures could be monitored. There is a perception that sometimes unnecessary angioplasties are conducted to gain profits. Also, a protocol needs to be set up so that angioplasty prices can be fixed. Moreover, literature should be provided to the patient for helping them make an informed decision.

At the unfavorable end – Manufacturers, Hospitals 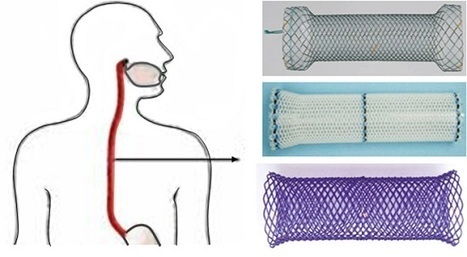 Manufacturers feel that the NPPA has not priced stents based on their technological advancements and hence is not fair. This reduction of price is likely to block innovations and restrict technologically advanced products from entering the market. The manufacturers feel this decision is an overload especially because it caps the prices of various stents under INR 30, 000.

While this government decision hits the manufacturers’ margin, there is an apprehension amongst patient groups that the hospital might revise the total package cost to suit their interest to balance out on price cuts. There exists an apprehension that hospitals may increase the price of an angioplasty procedure, doctor’s fee and extend patient’s stay in hospital to recover the cut cost of stents. Also, there is speculation over the effect of the government’s directive as no restrictions have been imposed on hospital charges or packages.

It has been perceived that a price cap on a stent is an opening of the market to substandard products from China. There would likely be a process of withdrawal of US FDA approved stents from the market as the authorities have clubbed different kinds of stents under one category. It is being considered there will not be enough competition in the market for superior quality products.

Moreover, there has been extensive talk about how the NPPA wants an overnight implementation of the decision with all stocks to be available at the said prices in the market.  There exists a parallel thought that such a revision of prices should be a smooth process. It is said that hospitals are likely to have losses in the form of inventories that they stock. The department of pharmacy is likely to penalize manufacturers if a conclusive step is not taken immediately. Moreover, if manufacturers challenge this order in court, the implementation of this move may be differed or even canceled altogether, though the chances of this happening are rather slim.

The NPPA has further declined the manufacturer association’s demand to extend the implementation timeline. The groups supporting stent manufacturers are lobbying for an extended time frame for order implementation. They are suggesting that the government cannot achieve positive outcomes in the future if inadequacies in the system are not looked upon in a broader sense. In line with the Supreme Court of India, NPPA has stated that the public interest is above the problems that would occur for timely complying with its decision.

The Medical Technology Association of India (MTAI), has cautioned that hastily implementing the notification would lead to confusion in the market and supply chain, which may also lead to the unavailability of stents for patients in need.

A market study conducted by NPPA on stents revealed a tie-up among manufacturers, distributors, and hospitals. For instance, patients were charged INR 100,000 – 198,000 for a drug-eluting stent that costs only INR 5,126 at the importer’s end. It is understood that hospitals have the maximum profit and hence would be the most hit. The price cap for stents is being considered as the ultimate step in disrupting the link between medical devices manufacturers and hospitals.

Steps to safeguard the industry

While the industry is making claims that governments' steps will drive innovations away and the authorities should have priced stents differently as per categories. It is noteworthy that the NPPA has provisions for advanced stents wherein manufacturers need to give details on the technological superiority of their product to ask for a differentiative price.

Amongst criticism, the NPPA has clarified its stand on the stent price cut. It says that there exists an adequate profit margin for the manufacturer. Also, the drug price control order (DPCO) has clearly stated that there is a distinction to price technologically advanced products as applicable.

To guarantee a fair play, NPPA has already directed hospitals to bill stents separately from the package cost or surgical procedures for the hospitals.

Immediately post the government order, there were reports of lack of stents in the hospitals. Taking a cue of these artificial shortages of the stent the government has issued notices and directed authorities to maintain smooth supply of stents.

The good news from the government remains that a patient can buy US FDA approved stents for less than INR 30,000. The government’s move to cap stents price has brought in a lot of transparency and improved access. The government directive has risen the scale of interest among the public and has increased the awareness level of patients.

However, there is speculation over the effect of this decision as no restrictions have been imposed on hospital charges or packages. Moreover, patients requiring more advanced versions of stents would be deprived of it as they would have disappeared from the market.

Multinational manufacturers are fearing a dearth in innovative products. They are emphasizing that the right to choose treatment should be with patients and physicians. As otherwise, patients would opt for better treatment outside India. This could further lead to a decline in medical tourism.

At present this is a highly uncertain scenario. The future likely depends on how well the directive is implemented and related regulations developed to support it in the industry. It only takes a disruptive technology, thought-provoking regulation to change the dynamics of the healthcare space.

To read about Healthcare Industry Insights please click the link below,