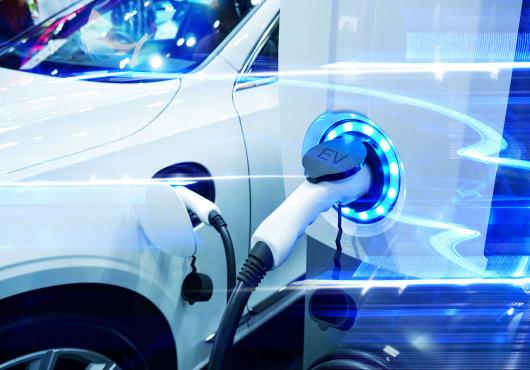 Electric vehicles (EVs) have been deemed as the future of transportation with their gradual penetration in passenger cars and commercial vehicles. With companies like Tesla strengthening their foothold in the global market, it has become inevitable for other automobile manufacturers to enter this growing and highly lucrative market. Although electric vehicles have been used for many decades, its battery remains the major issue for manufacturers. Therefore, researchers around the world have been investing in perfecting the battery capacity so that it could provide longer drives at a single charge. One such attempt has been tried at the Department of Energy’s Lawrence Berkeley National Laboratory (Berkeley Lab). Scientists and engineers are trying to figure out how to eliminate one of the prominent issues in the battery, making it more efficient than ever.

The formation of dendrites is one of the prevalent issues in lithium-ion batteries used in electric vehicles. Dendrites are small, rigid, tree-like structures that grow inside a lithium battery. Growth of dendrites can cause short circuits, circuit failure, in worse situations, a fire. Dendrites also increase unwanted reactions between the electrolyte and the lithium, which accelerates battery failure. For decades, researchers have been working on eliminating this prevalent issue with the use of ceramics. However, researchers from Berkeley Lab collaborated with Carnegie Mellon University and have reported in the Nature Materials journal a new soft, solid electrolyte that can suppress the growth of dendrites. Apparently, this new electrolyte is made from ceramics and polymers that can halt growth of dendrites at the early nucleation stage, long before they can proliferate and cause battery failure.

Scientists explain how solid electrolyte that uses soft polymers of intrinsic microporosity (PIM), wherein its pores filled with nano-ceramic particles proves to be vital in design. Since the electrolyte remains soft, solid material, and flexible, battery manufacturers can produce rolls of lithium foils with an electrolyte that works as laminate between the battery separator and anode. For demonstration, researchers used X-rays at Berkeley Lab’s Advanced Light Source to create 3D images of interface between the electrolyte and lithium metal, while it wares provided with high current for 16 hours. The constant growth of lithium was observed in the presence of a PIM composite electrolyte. On the contrary, its absence showed signs of early stages of dendrites growth.

This along with other data ensured the estimation from a new model for electrodeposition of lithium metal that considers both mechanical and chemical characteristics of the solid electrolytes. Researchers believe this could be key in developing long-lasting batteries that could provide longer drives at a single-charge. Brett Helms, the co-author of the study explained this new development where he mentioned how power requirements for EVs and eVOTLs are different. However, PIM composite solid electrolyte technology can provide a suitable and versatile solution to this most prevalent problem. Scientists are hoping to use this new technology in the near future for EVs that can extend the battery life as well as power.