The Role of AI in Cancer Detection 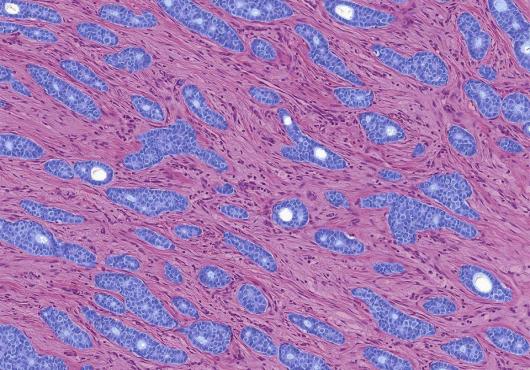 A team of researchers at University of Pittsburgh Medical Center and University of Pittsburgh, Russia, have reported development of an Artificial Intelligence (AI) program that recognizes and characterizes prostate cancer with high accuracy. Prostate cancer is a form of cancer that develops in the prostate gland. According to the American Cancer Society, in 2019, there will be around 174,650 men with newly diagnosed prostate cancer in the U.S., registering a 6% increase from 2018. The study published on July 27, 2020, in The Lancet Digital Health highlights the AI that demonstrated 98% sensitivity and 97% specificity at detecting prostate cancer during testing. The team states that these numbers are by far the highest any AI has achieved in detecting cancer.

AI is being used to detect and interpret features of target molecules that are important in cancer growth. Several pharmaceutical companies are focused on commercialization of AI-based solutions for cancer detection. In October 2019, Primaa, a France-based developer of software tools, which use AI and deep learning to assist anatomical pathologists with cancer and other diagnoses, raised US$ 2.24 million for R&D and product commercialization.

Let’s have a look at some previous researches and commercialized products that rely on AI in cancer detection.

Breast cancer has been at the forefront in adoption of AI. Digital Breast Tomosynthesis (DBT), uses a low-dose X-ray system and AI to create three-dimensional images of the breasts. In July 2019, SimonMed Imaging, an outpatient medical imaging provider, implemented ProFound AI for DBT. ProFound AI is the first FDA-cleared AI program for early breast cancer detection. It was developed by iCAD, Inc., a medical-device manufacturer based in the U.S. In December 2019, the company announced that its Breast Health Solutions suite, which includes ProFound AI for Digital Breast Tomosynthesis (DBT), will be available on the Nuance AI Marketplace. ScreenPoint Medical, a developer of AI-driven image analysis technology, launched Transpara 1.6.0, the first breast AI solution for both 2D and 3D mammography in the U.S FDA approval in March 2020.

Jan-20  InterVenn Biosciences, a U.S.-based biotechnology company, announced multiple achievements in its development of AI-enabled glycoproteomics, which include positive interim results from its first clinical trial that assessed a new, simple blood test for the care of patients with ovarian tumors.

AI can also be effective in detecting the early signs of cancer. Freenome, the U.S-based company relies on AI genomics for early cancer detection. In October 2018,          the company presented early data in R&D for using machine learning to detect colorectal cancer at its earliest stages. Freenome is focused on developing blood tests to detect the body’s early-warning signs of cancer using AI and in July 2019, raised US$ 160 million in new funding to commercialize its blood test to detect colorectal cancer.