In telecommunication, long-term evolution or LTE is a standard for wireless broadband communication for mobile devices. Mobile devices are portable, compact, and lightweight computing devices, featured with touch or non-touch display screen an optional mini-keyboard. Smartphone refers to an advanced version of basic mobile phone with various advanced features. A smartphone operates on different types of operating systems namely Blackberry OS, Android OS, iOS, Windows, and others. Furthermore, a tablet refers to wireless, portable computer with touchscreen interface, which is relatively smaller than computer though larger than a smartphone. These devices are available at multi-brand stores, single brand stores, and online shopping platforms such as eBay, Alibaba, and Amazon.

Growing adoption of smartphones worldwide has accelerated data traffic, resulting in growing strain on communication infrastructure. This has compelled telecommunication service providers to upgrade 4G (LTE) networks, in order to ensure capacity and meet consumer requirements at affordable costs. These factors are, in turn, expected to drive the market growth over the forecast period. For instance, in September 2015, Micomax Informatics, an Indian mobile handset manufacturer, collaborated with MediaTek, Inc., a Taiwan-based semiconductor company, to use the premium smartphone chips made by the latter in its smartphones in order to enhance performance and efficiency of its devices. Micromax launched mid-range 4G-LTE phones namely Micromax Canvas Fire 4G that runs on Mediatek’s MT6735 chips. The primary aim of this collaboration was to accelerate 4G accessibility in the country.

Rampant development in IoT has resulted in integration of vast network of smart, cellular connected devices and machines. This, in turn, has let to introduction of a variety of connectivity options that are expected to boost the market growth over the forecast period. For instance, in June 2016, Qualcomm Technologies secured over 100 designs of modems, especially for IoT concept thereby aiding LTE technology being transformed into cohesive and scalable IoT platform. It will also address connectivity and power challenges in number of applications such as commercial applications, industrial design, and smart cities. Thus, these factors are expected to support the market growth in the near future. 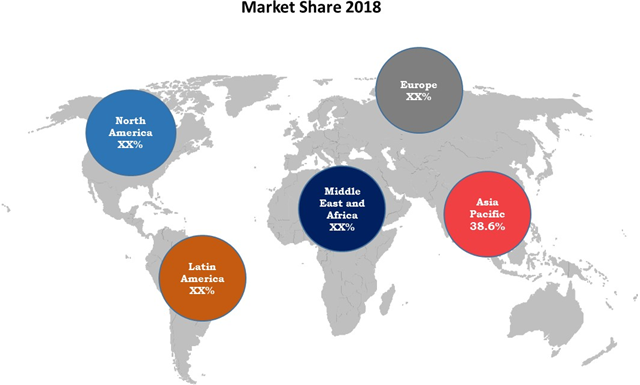 Heavy tax imposed on devices by governments of various countries and other regulatory scenarios, especially in price sensitive economies are expected to hinder the market growth up to certain extent. For instance, in July 2015, the Government of Indonesia implemented measures to mandate using local components and hardware in smartphones that are locally manufactured. Moreover, it imposed 20% extra tax on imported mobile phones. Consumers would be required pay more for imported brands of 4G-enabled smartphones. This, in turn, is expected to restrain the global 4G (LTE) devices market growth in the near future.

Some countries such as the U.K. have sufficiently functioning 3G networks with high speeds. This has limited the improvement of network infrastructure to 4G (LTE) infrastructure. Furthermore, low awareness concerning benefits of 4G-LTE is expected to hamper the global 4G (LTE) devices market growth over the forecast period. According to the latest Internet report by Akamai in 2016, mobile users in the U.K. experience average 3G network speed of 27.9 Mbps, which is higher than Internet speeds in the rest of Europe. This, in turn, limits the penetration of 4G LTE in the country. Moreover, in October 2016, All India Mobile Retailers Association (AIMRA) planned to educate its members about the 4G LTE experience with the aim being that retailers can share the information with potential consumers. Thus, limited awareness/knowledge related to 4G (LTE) is a major hampering factor.

Smartphones manufacturers are offering mobile phones with larger screen and clear display, in order to expand their consumer base. Increasing demand for enhanced video content has resulted in transformation of phones from 2K to 4K screens. Moreover, mobile technology and internet connectivity have witnessed significant evolution, which in turn, is expected to boost the demand for 4G-LTE devices. For instance, premium smartphone makers such as Samsung, LG, and Apple are offering high-pixel resolution for smartphone screens with screen size exceeding five inches, making it a standard for other market players.

Consumer demand is rapidly shifting towards devices that offer innovative features and reduced latency. The difference between 3G and 4G networks is noticeable while streaming HD videos or playing online games. 4G (LTE) facilitate consumers to access content and data at a relatively higher speed as compared to 3G, which in turn, is propelling transition from 3G to 4G cellular networks.

On the basis of device type, the global 4G (LTE) devices market is segmented into smartphones and tablets. Smartphones segment accounting for 80.8% share in terms of value, followed by tablets. 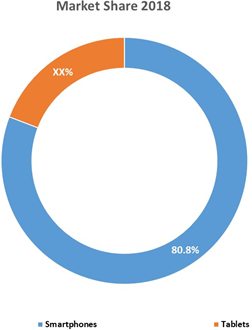 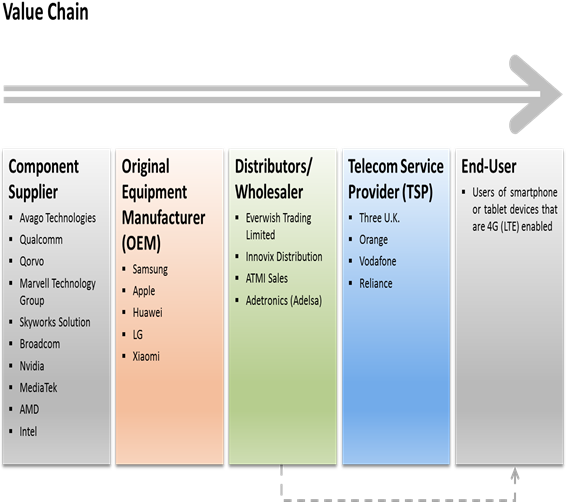 Proliferating demand for 4G-LTE smartphones from the emerging economies such as India and China is expected to boost the market growth over the forecast period. Therefore, key manufacturers in the market are offering low-cost 4G LTE smartphones, in order to expand their consumer base. For instance, in December 2019, Xiomi Inc., introduced its new Redmi K30 series smartphone in 4G LTE and 5G variants in China.

What is the Compound Annual Growth Rate (CAGR) of the 4G (LTE) devices market for next 8 years?

Which are the prominent 4G (LTE) devices market players?

What are the key factors hampering growth of the 4G (LTE) devices market?

Complex regulatory scenarios and low awareness about 4G-LTEin various countries are some of the major factors that are expected to hamper growth of the market over the forecast period.

What are the key factors driving growth of the 4G (LTE) devices market?

Increasing demand for advanced networking technology is one of the major factors that is expected to propel growth of the market over the forecast period.

What are the 4G (LTE) devices market trends?

Paradigm shift from 3G to 4G cellular data network is one of the major trends that has been observed in the market.

Which region held the largest market share in the 4G (LTE) devices market?

Among regions, Asia Pacific held a dominant position in the global 4G (LTE) devices market in 2018 , accounting for 38.6% share in terms of value, followed by Europe and North America, respectively.