Advanced Energy Storage (AES) systems involve the capture of the required energy which is produced at one time and can be used later. Energy is stored via a variety of mediums. Advanced Energy Storage technologies convert electricity into a different form of energy which can be stored and converted back into usable electricity at the required time. Energy can be transported via Advanced Energy Storage and stored using grids. AES system is an evolving technology critical for the growth of the energy sector in the 21st century. The energy can be used in the manufacture of various semiconductors, data storage products, solar cells, and electricity. The increasing demand for large amount of renewable energy can be met with the help of AES. It also allows operators manage the flow of energy sources by supplying only the required amount of energy thus avoiding the waste of energy. AES can effectively help reduce the Green House Gases and CO2 emissions, thus reducing global warming. The various forms of energy that can be stored via AES include chemical, mechanical, thermal, electrical, electrochemical, tidal, solar, and biological. The increasing demand and investments in renewable sources of energy along with various governmental regulations supporting the use of renewable energy is a major driver that augments the growth of the global AES market. However, the lack of a legislative and regulatory policy with regards to AES is a major restraining factor that affects the growth of the global AES market. The Assembly Bill 2514 passed on June 3, 2010 by the California State Assembly was accepted to create a smarter, cleaner electric grid, and increasing the use of renewable energy. The bill required the California Public Utilities Commission by March 1, 2012 to consider procurement for viable and cost-effective energy storage systems. In 2011, Senate Bill 412 (Kehoe, 2009) expanded the Self-Generation Incentive Program to include Advanced Energy Storage as an eligible technology. The Self Generation Incentive Program (SGIP) provides financial incentives for the installation of new renewable qualifying technologies that are installed to meet all or a portion of the electric energy needs for a facility. These factors are expected to boost the demand for Advanced Energy Storages globally.

Lithium-ion batteries segment dominated the advanced energy storage system market in 2016 and is expected to maintain the trend during the forecast period. Factors leading to high popularity of lithium-ion batteries are mainly due its easy availability, ubiquitous use, and low pricing of the product. Electrically powered vehicles are increasingly using lithium-ion batteries, which in turn will increase the growth of lithium-ion segment during the forecast period. Asia Pacific is expected to be the leading region of advanced energy storage market. According to International Energy Agency (IEA) estimated that emerging countries such as China and India will need to double their electrical power output by 2020 in order to meet the rising demand. Also from the same source, emerging nations will accumulate around 80 percent energy production and consumption by 2035. Since most of the emerging countries lies in the region of Asia Pacific, it is expected that this region will boost AES market in the near future.

According to IEA, every year about 40 percent energy storage deployments will increase in the emerging markets, which will add about 80 GW new storage capacity to the estimated 2 GW existing today. 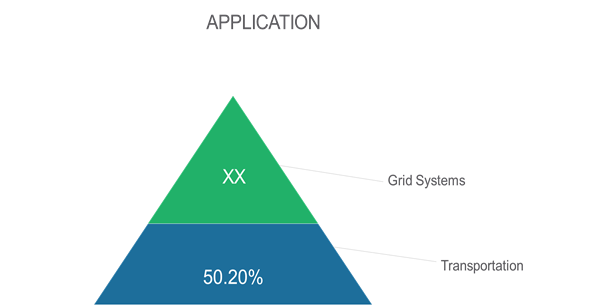 An Advanced Energy Storage (AES) system is used to efficiently manage energy resources, thereby reducing the need for utility scale power generation plants. Advanced energy storage systems help in increasing the usage of renewable energy by using renewable sources such as solar and wind energy. The proper usage of renewable sources of energy due to AES makes these renewable sources more foreseeable, thus making it easy to integrate these sources of energy with an already existing power grid. Companies such as ABB Ltd., LG Chem, Ltd., Samsung SDI Co., Ltd, General Electric Company, and Tesla, Inc. collaborate each other and with independent research organizations and institutes to speed-up the research activities in order to decrease Time To Market (TTM).

Gypsum is a kind of mineral that is found in crystals and masses known as gypsum rock. Gypsum is a very soft mineral a...