An aerostat is an aerodynamically shaped fastened balloon, which contains a lighter than air gases namely hydrogen, helium, etc. that generate the bulk of lifting force. Aerostats are typically used as an aerial platform for various scientific and commercial applications. Moreover, they are used by military forces for surveillance, intelligence, and reconnaissance and also in civilian observation. The designing and manufacturing of aerostat systems are dependent upon various parameters including wind speed, operating temperature, payload, and altitude.

Asia Pacific (Region) held dominant position in the global aerostat market in 2020, accounting for 26.0% share in terms of volume, followed by North America and MEA, respectively. 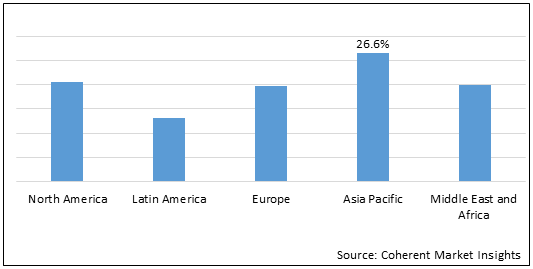 Competitive advantages offered over surveillance aircraft are expected to drive growth of the global aerostat systems market during the forecast period. The demand for aerostat systems has increased worldwide in the recent past. This is owing to superior advantages offered by these systems over other aircraft and drone-based surveillance systems. Aerostat systems have fewer mechanical parts than aircraft and drones, which significantly reduces periodic maintenance of these systems and hence the decrease in cost. Majority of large-class aerostat systems have the capacity to carry a payload of several tons, ranging from two to five tons. Moreover, it is capable of being aloft for several weeks without any maintenance, providing accurate and real-time data.

Growing need for persistent intelligence, surveillance, reconnaissance globally is expected to propel the global aerostat systems market growth over the forecast period. Aerostat system is designed in such a way that it can last longer than other surveillance devices. Since the operation time of drones relies on battery life, there cab frequent lapses due to maintenance operations. Hence, these devices cannot provide persistent ISR. On the contrary, aerostat systems can offer better operation time without lapses. It can also provide persistent ISR without frequent maintenance and refueling operations.

Rising use of aerostats in coordinating missile defense to pose business opportunities. Using aerostat for coordinating missiles in the defense industry presents major business opportunities. Missile defense system is typically used to detect, track, intercept, and destruct the attacking missiles. It is originally conceived as a defense against nuclear-armed intercontinental ballistic missiles (ICBMs). Rising use of aerostats in such applications can provide significant opportunities in the near future.

Key players in the market are focused on research and development activities, in order to innovate novel products. These manufacturers are incorporating high-definition thermal imaging feature to provide enhanced results in surveillance intelligence. 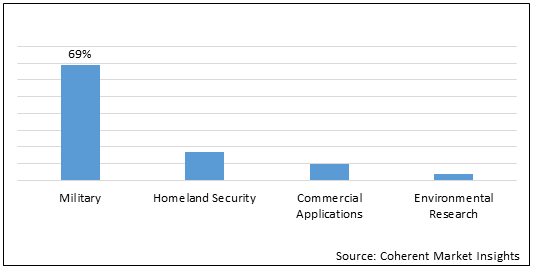 Increasing terror activities and international territorial tensions are expected to boost the global aerostat system market growth over the forecast period. According to the Our World in Data, in 2017, around 26,445 people died from terrorism globally where 95% of deaths occurred in the Middle East, South Asia, and Africa. Such a large number of people dying due to terrorist activities have prompted the use of an aerostat system for efficient cross-border surveillance.

Moreover, enhanced ability to provide vital geospatial evidence is expected to accelerate growth of the global aerostat system market in the near future.

Asia Pacific (Region) held dominant position in the global aerostat market in 2020, accounting for 26.0% share in terms of volume.

What are major trends in the market?

Growing use of aerostat systems in maritime surveillance is one of the major trends in the market.

What are prominent opportunities in the market?

What are major challenging factors in the market?

Limitations pertaining to operational altitude are expected to hamper the market growth over the forecast period.