Nitric acid is fuming, colorless, and highly corrosive liquid that is widely used across various Industries. It is highly toxic in nature and cause severe burn injury. They are primarily used in the production of fertilizers such as nitro-phosphate, ammonium nitrate, and ammonium phosphate.

The Nitric Acid market in Australia is estimated to account for US$ 843.4 Mn in terms of value and 2152.8 Thousand Tons in terms of volume by the end of 2018

Growing demand of nitric acid for the production of ammonium nitrate, which is widely used as explosives in the mining industry is primarily fueling the market growth of nitric acid. 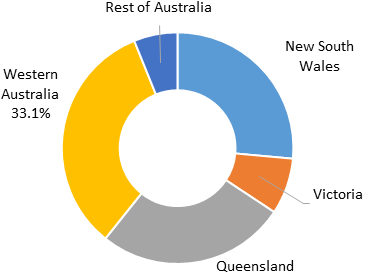 Increasing focus of government towards the production of substitute of ammonium nitrate explosives in mining industry is expected to hamper the market growth of nitric acid.

Environmental concern associated with the use of ammonium nitrate as it releases various toxic gases upon explosion which can cause serious health and environmental issues is further projected to curb the market growth of nitric acid.

Rising replacing of chlorine with nitric acid across various countries in precious metal refining process as chlorine is highly toxic in nature is another major factor to boost the market growth of nitric acid. For instance, According to the World Gold Council, around 3,924 ton of gold was refined in 2014 around the globe. Australia accounts for over 15% share in world economic gold sources and is the second-largest producer of gold, accounting for nearly 10% of overall global gold output. 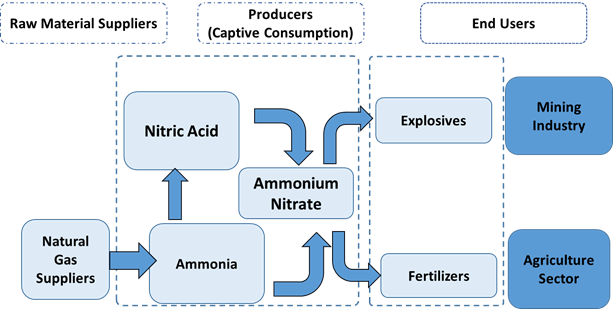 Explosives application was valued at US$ 810.4 in 2018 and is forecast to reach a value of US$ 1609.2 by 2027 at a CAGR of 8.0 % between 2019 and 2027. Nitric Acid manufacturers also have integrated production facility for ammonium nitrate (AN) and explosive products in Australia. 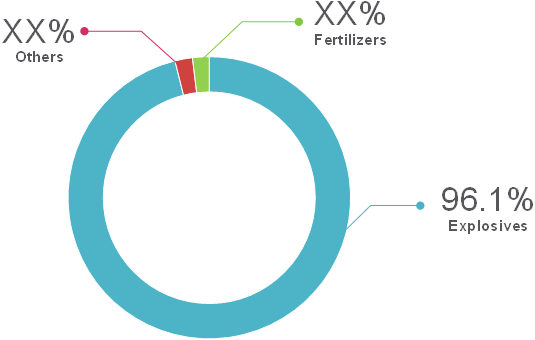 Other compounds manufactured from nitric acid include potassium nitrates and nitro phosphates that are further used in manufacturing phosphate fertilizers. Nitric Acid is available in two major forms Fuming (90% of above concentration) and Non-Fuming (Below 90%). In terms of Grades, Nitric acid is mostly available in industrial grade for chemical industries. Specialty grades are used are generally used for laboratory and pharmaceutical purpose.

The companies in Australia are also involved in development of new explosive products from Ammonium Nitrate. For instance, in 2015, Incitec Pivot Ltd introduced a new explosion emulsion named as – TITAN 9000 for reducing the blast fumes and minimize the air pollution caused due to mining activities.

Ammonium nitrate (AN) is also used in manufacturing explosives and blasting agents but the governments around the world have imposed statuary regulations on the use of ammonium nitrate as an explosive.

Rising demand of Nitric Acid for fertilizers industry across the globe is expected to drive ammonium thiosulphate market growth over the forecast period. For instance, according to the FAO - Food and Agriculture Organization (U.S.), the Australia demand for fertilizer nutrients including sulfur, nitrogen, potash, and phosphates raised to 200,552 Kilo tons in 2018 from 197,190 Kilo tons in 2017.

What is the Compound Annual Growth Rate (CAGR) of the Australia nitric acid market for next 8 years?

Which are the prominent Australia nitric acid market players across the globe?

What are the growth estimates for Australia nitric acid market till 2027?

What are the key factors driving growth of the Australia nitric acid market?

The rising demand of nitric acid for the production of ammonium nitrate, increasing demand for fertilizers in the agriculture industry, coupled with expanding chemical industry in Australia are the factors that are expected to fuel growth of the market over the forecast period.

What are the key factors hampering the growth of the Australia nitric acid market?

The rising focus of government towards the production of substitute of ammonium nitrate explosives in mining industry and environmental concerns associated with the usage of ammonium nitrate are the major factors that are expected to hamper growth of the market over the forecast period.

What are the Australia nitric acid market trends?

Increasing focus of market players on expanding the existing production facilities of the ammonium nitrates, in order to cater to the rising demand for ammonium nitrate from mining industry is one of the major trends that has been observed in the market.