Motors are an integral part of vehicle components such as seat cooling fans, engine cooling fans, power steering motors, battery cooling fans, and power window motors. Growing consumer inclination towards such advanced features in vehicles, is creating a conducive environment for growth of the automotive motor market. Moreover, increasing sales volume of vehicles is expected to augment the market growth. According to Organisation Internationale des Constructeurs d'Automobiles, in 2018, the production of passenger cars was around 75 % of the total vehicle production worldwide.

Furthermore, growing adoption of electric vehicles is expected to drive growth of the automotive motor market. In emerging economics such as India and China, electric vehicles are steadily becoming popular as an alternative to conventional gasoline-powered vehicles, owing to the former’s fuel-efficient and low- carbon emission properties. The performance of an electric car depends majorly on its motors and battery. Presently, brushed DC motor, brushless DC motor, AC induction motor, permanent magnet synchronous motor (PMSM), and switched reluctance motor (SRM) are the types of motors used for electric vehicles. These motors convert electric energy into mechanical energy (or vice versa) for propulsion of the vehicle, to enable regenerative braking or for charging batteries. Furthermore, increasing demand for electric vehicles globally is expected to positively affect the automotive motor market growth over the forecast period. For instance, in 2013, the government of India launched National Electric Mobility Mission Plan 2020 through which, the government plans to introduce 5-6 million electric and hybrid electric vehicles in the country by 2020.

A DC brushed motor is an internally commutated electric motor, which provides a link between external supply circuit and armature of the motor. It is designed to run from a direct current power source. The brushes of these motors are made of materials such as carbon, copper, carbon graphite, and metal graphite. Furthermore, the DC brushed motor is expected to hold dominant position in the global automotive motor market, as DC brushed motors have the ability to achieve high torque at low speed, which makes these motors suitable for various applications in vehicles. Systems such as windshield wipers, power windows, washers, and cooling fans depend on DC brushed motors.

Among vehicle types, passenger cars segment held the dominant position in 2018, and is projected to retain its dominance throughout the forecast period. For instance, according to the International Organization of Motor Vehicle Manufacturers, in 2018 the production of passenger cars in India increased from 3,229,109 in 2017 to 3,394,756 Hence, increasing sales units are expected to result in growing demand for automotive motors, globally. 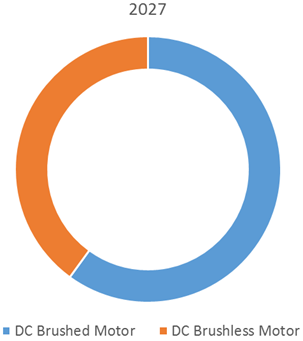 Asia Pacific held a dominant position in the Global Automotive Motor market in 2018, owing to increasing demand of vehicles in the emerging economies such as India and China.

According to Coherent Market Insights, Asia Pacific is projected to retain its dominance throughout the forecast period. This is attributed to Asia Pacific emerging as a major automotive hub, owing to presence of growth engines such as India, China, and Japan in the region. For instance, according to the Organization Internationale des Constructeurs d'Automobiles (OICA), in 2018, Asia Pacific held around 54% share of the total number of vehicles produced globally. It also stated that in 2018, China held around 60% share of the total Asia Pacific Passenger cars sales, and 29.5% of the global automotive sales. Hence, China was the largest market in the region in 2018. Rising consumer preference for start-stop systems, anti-lock braking systems (ABS), and other such technologies has accelerated growth of the automotive motors market in Asia Pacific. 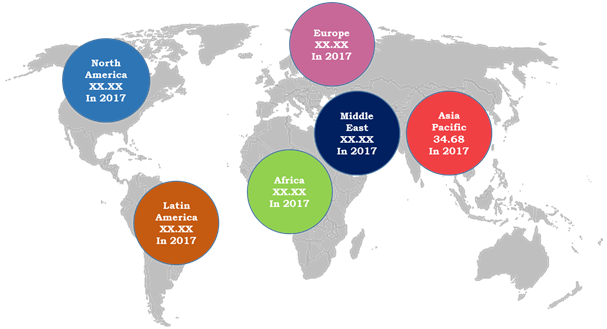 Moreover, various government regulations regarding vehicular safety have been implemented across the world. According to Bharat New Vehicle Safety Assessment Program (India) 2017, critical safety features such as airbags, ABS, and seat belt reminders are mandatory for OEMs. Such regulatory guidelines are aimed at integrating advanced safety systems such as ABS and airbags in automobiles, which, in turn, is fueling the market growth.

The recent past has witnessed rising adoption of electric vehicles as they are an eco-friendly option, are cost effective. Such vehicles integrate a higher number of automotive motors and thus, growing demand for such motors is expected to fuel growth of the automotive motors market. According to the International Energy Agency (IEA) report In the Paris Agreement, it was stated that 600 million electric vehicles will be on roads by 2040, which will in aid in bringing global warming to below 2°C”. Furthermore, in 2018, the global electric vehicles sales exceeded 5.1 million, which was an increase of 2 million from 2017, and double the number of new electric car sales compared to 2017.

What are the growth estimates for the automotive motors market till 2027?

The global automotive motors market is estimated to surpass US$ 43.80 Billion by 2027.

Which are the prominent automotive motors market players across the globe?

Which segment based on vehicle type, accounted for the highest demand in the automotive motors market?

Among vehicle type, passenger cars segment held the dominant position in the market, in 2018, and is estimated to retain its dominance throughout the forecast period.

What are the key factors driving growth of the automotive motors market?

Growing adoption of electric vehicles is one of the major factors that is expected to propel growth of the market over the forecast period.

What is the Compound Annual Growth Rate (CAGR) of the automotive motors market for next 8 years?

The global automotive motors market is estimated to exhibit a CAGR of 6.4% over the forecast period.

Which region is dominating the automotive motors market growth?

Among regions, Asia Pacific held dominant position in the global automotive motor market in 2018, and is expected to retain its dominance over the forecast period.

A spark plug is a device used for delivering electric curr...

A seat belt is a vehicle safety apparatus designed to secu...

Automotive electronics components are being used in vehicl...