Compaction is a process used to compress materials in terms of size. Soil compaction is the most common example, wherein it provides strength and stability to the soil and decreases the permeability and erosion of soil. A compaction machine is a mechanic device used to compact trash, gravel, soil, concrete or asphalt during the construction of roads, airports, and dams. Compaction machines play a vital role in a plethora of road construction projects. Compaction machines are typically used to remove air and water movement from the soil and decrease pore spaces. Different machines and equipment are used in compaction including rammers, smooth wheeled Rollers, pneumatic tiered Rollers, sheepsfoot Roller, pad foot Rollers, etc. These machines are used for compaction of broken stones, sand, soil, etc. 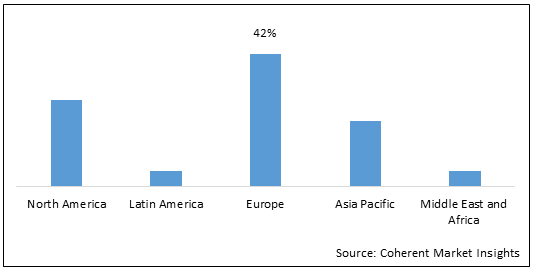 Increasing infrastructure development is expected to drive growth of the global compaction machines market during the forecast period. Compaction machines play a crucial role in infrastructure development activities. According to Coherent Market Insights’ analysis, global roadway infrastructure grew by over 35% in the past decade, wherein India and China accounted for more than half of paved roads. Moreover, China increased its paved roadways network around three times since 2000. According to the International Energy Agency (IEA), China will surpass the U.S. in annual road vehicle kilometers by 2025 and is expected to continue to build and maintain new roadways at a significant rate. Moreover, according to CMI’s analysis, the investments in infrastructure are expected to reach around US$ 57 trillion or 3.5% of global GDP, of which US$ 16.5 trillion will be invested in new road construction and maintenance.

Rising number of paved roads is expected to propel the global compaction machines market growth over the forecast period. The perpetual requirement to develop good quality roads is the factor driving growth of sustainable development and economy across the globe. According to Coherent Market Insights’ analysis, by 2025, expenditure on road pavements is expected to triple from today’s level and would occupy 80% of the present road network. According to the same source, since 2010, global roadways network length increased by approximately 12 Mn lane Km. China and India accounted for more than 50% of paved lane Km additions during that period. Moreover, paved lane Km accounted for 53% of the total global road lane Km in 2000, whereas by 2010 only about 60% of total road lane km were paved.

Many financial institutions are providing financing solutions to procure heavy compaction machines. According to CMI’s analysis, the ECE financing industry is expected to exhibit a CAGR of 22% during the forecast period. Majority of financing solutions are available in the forms of loans, with leasing as a distant second option. Around 80% of ECE users that opt for finance such as ventures are small and medium-sized enterprises. Major financial institutes involved are HDFC and Kotak Mahindra, non-banking financial companies (NBFCs) such as Magma Fincorp, leasing companies such as ORYX India and Srei BNP Paribas, external commercial lenders, and cross borders leasing firms.

Intelligent compaction is the compaction of road materials such as aggregate base, soil or asphalt pavement materials using compaction Rollers equipped with global positioning systems (GPS), which is based on mapping sensors and optional feedback controls. It is one of the crucial developments made in roadway construction and has been widely adopted in Europe and China.

The outlook of the U.S. housing market, remains buoyant with the number of new projects to rise by 20%. Rental companies and dealers also reported increased business on the back of rising demand from the industrial and construction sectors. For instance, The American Rental Association for heavy compaction machines anticipates a revenue increase of 8.1% in 2015. According to the Association of Equipment Manufacturers (AEM), the US construction machinery exports dropped to 17.3% during the first half of 2014, compared to the previous year.

The investments in infrastructure has increased significantly in Latin America in the recent past. According to Coherent Market Insights’ analysis, Latin America is expected to account for around 3% of the total global construction spending in 2015, which is anticipated to reach 4% by 2020. As the Olympics were hosted by Brazil in 2016, a substantial amount was invested into infrastructure development in Latin America. 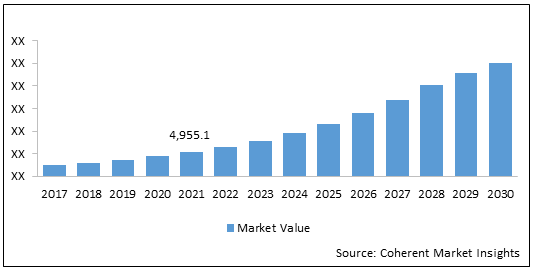 Strict environmental policies are expected to restrain growth of the global compaction machines market during the forecast period. The compaction machines, during operation, emit harmful gases such as carbon dioxide and nitrous oxide. Thus, meeting the strict fuel emission standards set by regulatory authorities is a major challenge for market players.

There are many different types of compact machines. Some machines are designed specifically for grinding or cutting materials, others are designed to make things lighter or easier to transport (such as having compartments for different products inside a compact machine). Other machines have a combination of both functions - some can grind and cut, but also package and unpack items for transportation. An optional additional packet is now available, which allows the production capacity of compact machines to be increased. It is called Advanced Compact Machine and allows for the production of four additional blocks of freestone. One of these blocks has a special "redstone ore" level, which is only found in concentrated form, and cannot be naturally mined.

Rising population combined with rapid urbanization is expected to boost the global compact machines market growth over the forecast period. According to the United Nations (UN), by 2050, around 68% of the global population is expected to live in urban areas, adding another 2.5 billion people to urban areas. According to the same source, the global urban population is growing rapidly from 751 million in 1950 to 4.2 billion in 2018. With rising urban population, demand for new residential as well as commercial construction has increased, thereby accelerating the adoption different types of compact machines.

Furthermore, increasing demand for compact construction equipment since they are highly versatile, movable from one place to another and easy to run is expected to propel the global compact machines market growth over the forecast period.

What are key segments dominating in the global compaction machines market?

Increasing infrastructure development is expected to propel growth of the market during the forecast period.

What are the key challenges in the market?

Low labor productivity in road constructions & maintenance is expected to hinder the market.

What are major opportunities in the market?

Availability of equipment financing for heavy compaction machine and advent of intelligent compaction can provide major business opportunities in the market.

Key players involved in the market?

What is the compound annual growth rate (CAGR) of the market over the forecast period?