The global encoder market size was valued at USD 2,479.11 million in 2021 and is anticipated to witness a compound annual growth rate (CAGR) of 8.3% from 2022 to 2030. The market is to propel the market as there is a Rising demand for industrial automation. The optical encoders are contaminating which is anticipated to hinder the market growth. Based on the segment the market is divided by type, by technology and by end user type.

Based on geography, the global encoder market is segmented into North America, Europe, Asia Pacific, Latin America, and Middle East &Africa. North America is one of the largest region witnessing the upsurge in the industrial automation and the acquirement of the advanced technologies and the machineries that facilitate or provide service to the enhanced effectiveness in the manufacturing industry.

At the same time, Europe is the shelter to the very essential tech hubs across the globe and a very notable driver and the adopter of the modern technologies and machineries. The increasing penetration of the advanced developments and the rising adoption and acquirement of the robots in several industries in the country is driving the market’s development 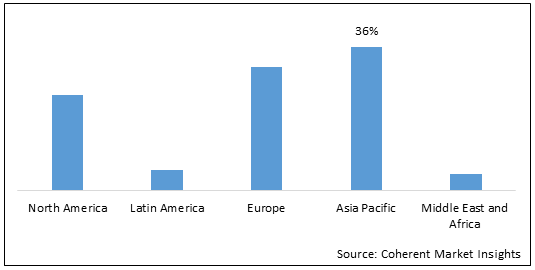 The rising number of cars and the rising parts of the cars manufacture and production is the main reason that is augmenting the growth of the global encoder market. For instance, as per OICA, around 80.14 million motor automotive were generated worldwide in the year 2021. China, USA and Germany were the huge producers of the cars and commercial automotive.

China is positioned as the largest and huge passenger car producer worldwide, manufacturing above 26 million cars in the year 2021, responsible for 1/3rd of the whole world’s passenger automotive manufacture. Over the past ten years the region has raised as one of the initial growth market for the players in the automobile industry.

The magnetic encoder technology is growing and advancing very rapidly than the optical which is very mature. The market is witnessing a notable shift to the area of the bearing less systems, which offered the chance to mount the encoders in the applications where no solution was accessible earlier due to small mounting spaces or missing free shaft ends.

The magnetic orders have magnetic scales that are generated for the different and various lengths, various patterns, and various number of tracks. With the primary execution of the 3D printed scales even more design flexibility can be gained. Due to the present limitations inherent in the 3D procedures, scales cannot be generated with huge accuracy.

If the 3D printers enhance their accuracy notably, the technology may develop and then lead to a better scale. This leads to the smaller particles sizes and the dimensions with the decreased processing times and can expand the magnetic encoder execution in the huge volume applications.

Interfaces standardization is anticipated to expand the utilization of the 36mm and the 58mm encoders. This reason is poised to make their functionality different from very low and slightly less in comparison to the products of the competitors.

One of the main challenges or the restraints of the encoders is that they could be reasonably complex and consist of few delicate parts, which makes them very less patient of tyeh mechanical abuse and obstructs their allowable temperature. One of them would be pressed hard to find an optical encoder which would resist beyond 120 degree Celsius.

Optical encoders could be harmed and destructed by the contamination. Their fine pitch scales, LEDs and the photodetectors can be kept out by the action by oil, dust or by the dirt. Likely one of the main backlogs to optical encoders is its reputation for the mechanical fragility. 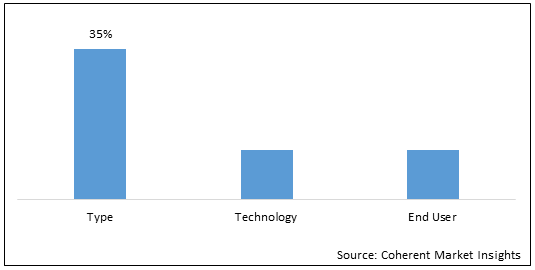 Based on the type, the market is segmented into rotary and linear encoder out of which the rotary encoder is quickly increasing in the industrial automation in the numerous industries such as aerospace healthcare, automotive, packaging and the electronics fuels the need for the rotary encoders as they measure the rotation, angular speed, positioning of the moving parts in the vast range of the usage and the applications.

The other one is linear encoder, the linear encoders are the mechanical motion sensors which can make sense and then digitize the movement and the linear position. They quantify or measure the straight line motion. They are the special sensors that are associated to a scale that can read it and change the position into digital and analog signals.

Based on technology, the market is segmented into optical, magnetic and others. The optical encoder comprises of the LEDs, photosensors and a disc called as a code wheel with the holes in the radial direction and identify the rotational position data as an optical pulse signal.

The magnetic encoder engages in the identification of the rotational positioning of the information as the magnetic field that changes and then converts them into the electrical signals to get an accurate and appropriate outcome.

Based on the end user the market is segmented into automotive, electronics and many more out of which automotive is the leading segment and the automotive industry utilizes the encoders as the sensors of the mechanical motion that may be used for the regulation of speed.

Electronics, have the encoders are very important for the production of the modern electronics is one of the fastest growing and increasing industries across the globe. Linear and the rotatory encoders are all utilized in few forms or the others in the electronics industry.

The global encoder market is highly competitive. This is attributed to continuous launch of new technologies due to ongoing R &D and efforts by value chain participants. Moreover, key players are adopting various business growth strategies in order to expand their presence on regional as well as global basis. Some of the key players in the global optical spectrum analyzer market are:

*Definition: An encoder is a sensing device that offers the feedback. Encoders change the motion to an electrical signal that can be read by few forms of the control device in a motion control system, such as a counter or the PLC.

Encoders utilize various types of technologies to make a signal comprising, mechanical, magnetic, optical, resistive are the most usual type. In the optical sensing the encoder offers feedback based on the interruption of the light.

The accurate position measurement of vehicle rotor is very crucial for the efficacy and the performance of the EVs which is anticipated to fuel the need for the encoders from the EV industry over the predicted duration.

Mechanical failure in the harsh environment is the most challenging factor in the market development. Encoders are primarily utilized in a range of the harsh challenging end user application comprising F&B, processing, cranes, specialty vehicles heavy tools, energy generation tool and other indoor and outdoor uses.

Air bearings can help with the precision however, they aren’t ideal in regards with the rigidity or the cheap ownership price. The latest angle encoders on contrary, they can help with all the three needs and necessities.

. Key features of the study:

Rising demand for industrial automation are fueling the growth of the market.

The optical segment is the leading component segment in the market.

Optical encoders could be harmed by contamination restraining growth of the market.