Global Ethanol Market to Surpass US$ 53.1 billion by 2025, Fuelled by Increased Production of Renewable Fuels

Ethanol commonly known as ethyl alcohol is colorless and flammable chemical compound with an agreeable odor and taste. It is renewable, and can be produced by the fermentation of starch and sugar based biological materials and cellulosic feedstock, such as sugarcane, wood, wheat, corn, and barley. Corn and starch based crops are majorly used for the production of ethanol. Ethanol is highly soluble in water and most of the organic solvent, due to this it is widely used as a solvent in various industries. Further, it is extensively used as a preservative in pharmaceutical industries and it is a major component in producing alcoholic beverages.

Extensive usage of ethanol in automotive industry as a fuel or fuel additive, is propelling the demand for ethanol in the global market. The ethanol market has witnessed a rapid growth over the past 10 years due to rapid funding for biofuel by the regulating bodies, since biofuel is considered as an eco-friendly alternative for gasoline. Further, according to the U.S. National Geospatial-Intelligence Agency, one liter of ethanol significantly reduces CO2 emissions by more than 95%, thereby saving approximately 2.3 Kilograms of carbon dioxide (CO2). Further, ethanol is also responsible for reducing carcinogenic and particulate emissions by approximately 65% to 70%.

However, rising raw material prices is one of the major factors barring the growth of the ethanol market globally. According to the U.S. Department of Agriculture (USDA), global production of corn is expected to fall by 3.31%, reducing by 1.8 million tons by 2018, from 1031.86 million tons in 2017. This is expected to create a shortfall of corn with high procurement costs, which is expected to have a negative impact on the growth of the ethanol market. However, the impact of this restraint is expected to remain medium throughout the forecast period due to the fluctuation in the production of raw materials.

Based on the process used, the ethanol market has been segmented into dry milling and wet milling.  Furthermore, dry milling process dominated the global ethanol market both by revenue and by volume in 2016 and is expected to lead the market throughout the forecast period. 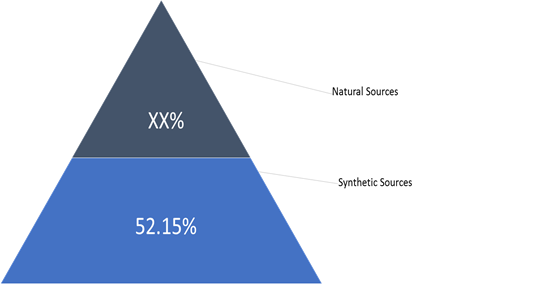 Ethanol finds application in end-use industries such as automotive, alcoholic beverages, pharmaceuticals, and cosmetics. Alcoholic beverages segment accounted for the largest share in terms of both revenue and volume, owing to increasing usage of ethanol in alcoholic beverages. Moreover, it is expected to hold dominant position in the market over the forecast period.

North America accounted for the largest market share in global ethanol market in 2016 and the same is anticipated to maintain its supremacy throughout the forecast period, with the U.S. being the major contributing country. According to the Renewable Fuels Association (RFA), the country exported close to 850 million gallons of ethanol to more than 50 countries. Some of the major importers of ethanol exported from the U.S. include Canada, India, China, and South Korea among others. Iowa, Nebraska, Minnesota, Illinois, and South Dakota have the maximum number of ethanol refineries in the U.S.

Ethanol is a clear and colorless liquid with a pleasant odor and taste. Ethanol is a renewable fuel that can be produced by the fermentation of biological materials, which include cellulosic feedstock such as sugarcane, wood, wheat, corn, and barley. Ethanol finds wide application in industries such as automotive, alcoholic beverages, pharmaceuticals and cosmetics among others. Ethanol is widely used as a chemical solvent either for the synthesis of other organic compounds or for scientific chemical testing.

Extensive use of ethanol in the automotive industry as a fuel or fuel additive and national governments promoting biofuels as an environment-friendly gasoline substitute are some of the important factors fueling the demand for ethanol. Rising demand for premium grade alcoholic beverages and cosmetic products coupled with the growing pharmaceutical industry is expected to bolster the growth of global ethanol market over the forecast period.