Fluorspar is found naturally at the surface of the earth. Its presence can be detected in areas of recent volcanic eruptions, as well as in hydrothermal fluids. Because it is composed of iron, fluorspar often has pastel colors. Fluorspar can help trace the history of a particular location or geological feature by demonstrating if it was formed during a recent geological event. In addition to its use in geology, fluorspar is also used to make fluoride-containing materials, including the chemical hydrogen fluoride.

Asia Pacific held dominant position in the global fluorspar market in 2021, accounting for 74.7% share in terms of volume, followed by Europe and Asia Pacific, respectively. 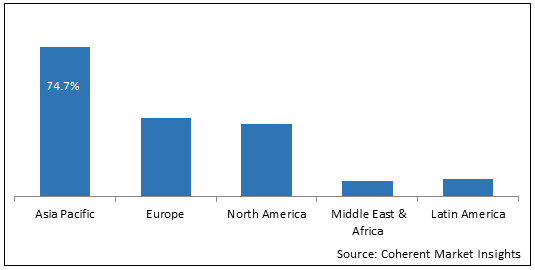 Increasing demand for fluorspar from fluorspar extracted chemicals is driving growth of the fluorspar market. For instance, some of the other minor application of fluorspar used in fluorocarbon derived products are in the manufacturing of welding road, aluminium, and steel. Furthermore, in the past the fluorocarbon-based chemicals were used in the production of chlorofluorocarbon (CFC). 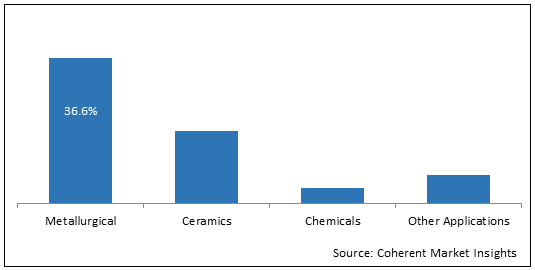 Environmental concern on extraction of chemicals from fluorspar is expected to hinder the market growth. For instance, huge amounts of rock overburden are lifted from the soil, processed, and eventually disposed of in mining. Mining has a substantial local impact on landscapes, particularly when open pit mining is used. Fluorspar mining, like practically any other mining activity, has an impact on the local ecosystem and terrain.

The global mining industry was hit badly by the covid-19 pandemic, with mines, ports, rail,  and other transportation infrastructure shut down, shipments trapped at sea or captured in port, and  uneven restrictions enforced from country to country, thereby impacting the fluorspar mining sector.

Increasing demand from li-ion battery is expected to provide lucrative growth opportunities. Fluorspar are used to manufacture fluorinated polymers such as PTFE, PVDF, and others. Polyvinylidene fluoride (PVDF) is widely used fluropolymer as a binder resin for electroactive materials in li-ion batteries. It is also used for safety purposes in the form of separator coatings. PVDF’s high electrochemical stability and its capability to be easily solubilize in common solvents and solution cast on industrial production lines are the key reasons for its preference as a binder resin.

Growing adoption of strategic alliance for increasing production of batteries is again expected to offer bright market opportunities. For instance, in September 2021, CATL signed an agreement with the city government of Yichun in the Chinese province of Jiangxi to build a new production facility for lithium-ion battery and a production plant for battery materials such as lithium carbonate. The total investment is expected to be around USD 2 billion.

Growing penetration of electric vehicle is also projected to foster market growth. According to International Energy Agency, in 2030, global electric vehicle sales are expected to reach 23 million as per the New Policies Scenario (excluding two-/three-wheelers). In the EV30@30 Scenario, in 2030, around 70% of the vehicle sales in China are likely to be EVs. Also, it is estimated that the global market share of EVs will reach 30% (245 million vehicles) by 2030.

Fluorspar, a naturally occurring mineral that is composed of fluoride, is found in areas of recent volcanic activity or hydrothermal fluids. It often has a pastel color, due to the presence of iron.  Although a small amount of fluorspar still makes its way into ornaments, the vast majority serves a different purpose across different end-user industries.

Growing demand for fluorocarbon derived products for production of welding road, steel, and, aluminium is expected to drive growth of the fluorspar market. Also, growing demand from oil and gas industry coupled with the increasing penetration of electric vehicle are again projected to propel market growth. For instance, according to the Coherent Market Insights analysis, in 2020, consumer spending on electric vehicles reached USD 120 billion, registering 50% increase from 2019. Parallelly, governments around the world spent USD 14 billion to promote electric vehicle sales, up by 25% from the previous year, owing primarily to increased incentives in Europe.

On the other hand, strict environmental regulation regarding extraction of fluorocarbon is expected to hinder market growth.

Increasing demand for fluorspar from fluorspar extracted chemicals and growing demand from oil and gas industry are fuelling the growth of the market.

The Metallurgical application segment is the leading component segment in the market.

Strict environmental concerns are the major factors restraining growth of the market.