Food safety includes better handling, preparation, and storage of prepared food in a safe way to avoid spoilage. Food safety testing is an important process because contaminated food paves the way for unhygienic bacteria, parasites, and viruses that can lead to food poisoning. Consumption of contaminated food items can cause more than 200 diseases ranging from diarrhea to cancer. Demise due to foodborne diseases in one of the leading causes of deaths at the global level nowadays. According to World Health Organization (WHO), approximately 1 out of 10 people had suffered from various diseases post consumption of contaminated food, thereby, claiming an approximate of 420,000 lives per year.

According to Center of Disease Control and Prevention (CDC), in the U.S., 1 out of every 6 consumer fall ill due to the consumption of contaminated food every year. These factors have increased the awareness level among the consumers due to which they have shifted their focus towards tested food items. The global food safety testing market is mainly driven by the stringent government regulations imposed on the food and beverage industry about the safety level of food items across every region

Rising demand for convenient and packaged food products among the consumers is another major factor stimulating the demand for food safety testing market at the global level. Processed food comprise of approximately 10% of daily food consumption, while ultra-processed food comprise of more than 55% of daily food consumption. The rise in the consumption of processed food has paved the way for food safety testing market and the impact of this driver is expected to strengthen in the future.

However, the market is expected to face challenge from the emerging countries, where the food control infrastructure and resources are comparatively less. However, the impact of this restraint is expected to minimize by the end of the forecast period.

The food safety testing market on the basis of contaminants tested, is sub-segmented into pathogens, pesticides, genetically modified organisms (GMO’s), toxins, and others. In 2016, contaminants testing segment was the largest revenue generator in global food safety testing market and is expected to remain the dominant segment throughout the forecast period. Food testing necessity has risen around the world because of the hazardous effects of pathogens demonstrated through research and development activities. For instance, pathogens such as E. Coli, campylobacter, and listeria in food and beverage items causes intestinal disorders which may be fatal in nature. 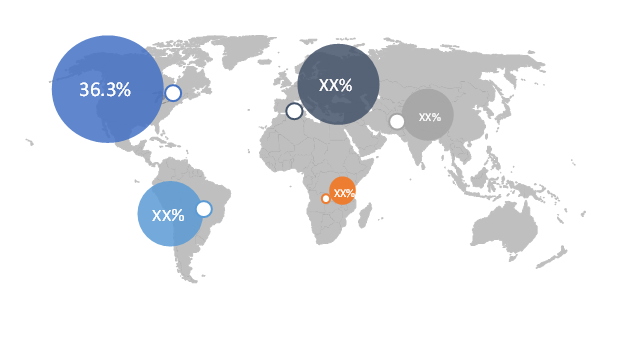 Food safety testing is a scientific way of preparing, handling, and storing of food items, in order to prevent contamination, thus reducing the incidences of food borne diseases.