The global chlorine market is expected to exhibit significant growth over the forecast period, owing to increasing demand for chlorine from end-use industry. Caustic soda from chlorine industry is used for pulping wood chips and compounds of chlorine are used to bleach wood and paper pulp in paper production process. Therefore, growing paper industry is also expected to fuel growth of the chlorine market. According to Confederation of European Paper Industries, pulp and paper industry turnover in Europe was over US$ 94 million in 2016, with 0.4% increase from 2015.

However, increasing environmental awareness is a major factor restraining growth of the chlorine market. According to Euro Chlor, in 2015, emissions for all mercury cells across Western Europe reached 0.68 grams per ton of chlorine capacity, which was slightly higher than the all-time low of 0.74 grams per ton of chlorine capacity in 2014. From October 2007, all EU chlor-alkali plants whether membrane, mercury or diaphragm require an operating permit under the Integrated Pollution Prevention and Control (IPPC) Directive. However, increasing adaption of membrane technology that has less impact on the environment is expected to boost the market growth.

Among end-use industry, chemical segment accounted for the highest market share of 53.7% in 2017 and it is expected to increase during the forecast period. Chlorine is used in plastic and chemical synthesis. For instance, titanium tetrachloride — an inorganic chemical — is further processed to create titanium dioxide — which is used primarily as a filler in pulp and paper manufacturing and as a pigment in paint and plastics manufacturing. Various inorganic chlorides are used in agriculture. For instance, phosphorus and sulfur chlorides are used as an intermediate for agrochemicals such as pesticides and herbicides. According to the India Brand Equity Foundation (IBEF), agrochemical sector in India was valued at US$ 2.2 billion in 2017 and it is expected to reach US$ 7.5 billion by 2019, witnessing a CAGR of 13.18% during the forecast period (2013-2019). 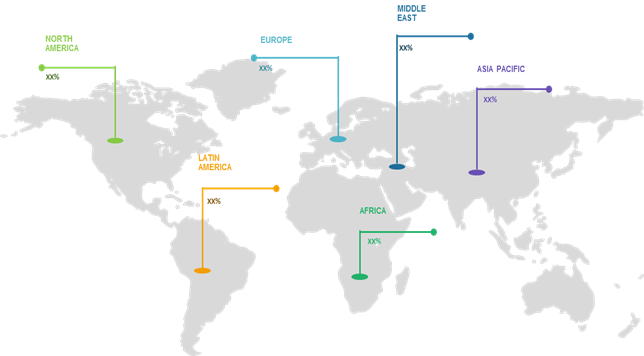 Chlorine derivatives are used in various applications such as disinfection, bleaching, organic chemicals, inorganic chemicals, and metal separation. Chlorine is used for as a disinfectant in various forms such as elemental chlorine (chlorine gas), sodium hypochlorite solution or calcium hypochlorite powder. Ultraviolet rays in sunlight degrade free chlorine compounds in water and significantly decrease disinfection efficacy over time. Therefore, chlorine is used as an effective and efficient disinfection agent.

Increasing demand for Polyvinyl Chloride (PVC) from the construction industry is one of the major factor driving growth of the chlorine market. PVC is extensively used in construction industry and was the largest derivative in terms of value and volume in 2017 according to Coherent Market Insights’ analysis. PVC is used in piping & fittings, window, door frames and cladding, landfill liners & geomembranes; swimming pool liners; single-ply roofing, conveyor belts, piping used in food processing, chemical processing & other manufacturing, floor & wall coverings, coated paneling, adhesives, and maintenance coatings.

Among derivatives, propylene oxide segment accounted for significant market share in the global chlorine market in 2017. This is owing to increasing use of propylene oxide in the production of polyethers. Propylene glycol and epichlorohydrin is used in the production of epoxy resins which is used in coatings, adhesives, and plastics. Use of chlorine for manufacturing epichlorohydrin is expected to increase, owing to high demand for epoxy resins from the construction industry. According to Epoxy Europe, an initiative of the Epoxy Resin Committee (ERC), demand for epoxy resins from the construction sector in Europe accounted for 60 kilo tons (23% of total production volumes), creating turnover over US$ 200 million in 2013.