Hyperpigmentation Treatment Devices Market to Surpass US$ 2 Billion by 2026

There are various device-based methods for treating hyperpigmentation condition, which includes laser-based methods, intense pulsed light photo rejuvenation, sub surfacing non-ablative lasers, microdermabrasio, and radiofrequency devices. These devices offer non-surgical treatment option for curing hyperpigmentation and associated diseases such as sun spots, scars etc. Most of these devices are used for different skin problems including severe form of hyperpigmentation, in which other options such as topical and pharmaceutical agents do not show promising results. Each device type has unique way of treating hyperpigmentation condition. Laser devices are most dominantly used in current scenario over other devices due to less side effects and effective results when compared to other devices. 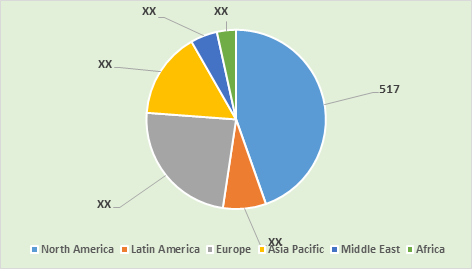 According to the report by International Society of Aesthetic Plastic Surgery titled ‘Global Aesthetic Survey Results’ published in 2017, a total of 2,545,922 skin rejuvenation procedures were conducted worldwide in the year 2016.

However, risk of post inflammatory hyperpigmentation due to the use of laser and light-based devices and lack of reimbursement by insurance companies for skin resurfacing procedures is expected to limit the utilization of the procedure, thereby restraining growth of the market. According to the American Society of Plastic Surgeons (ASPS), each session of the non-ablative laser treatments cost around US$ 1,031, while ablative treatments cost around US$ 2,330 per session. 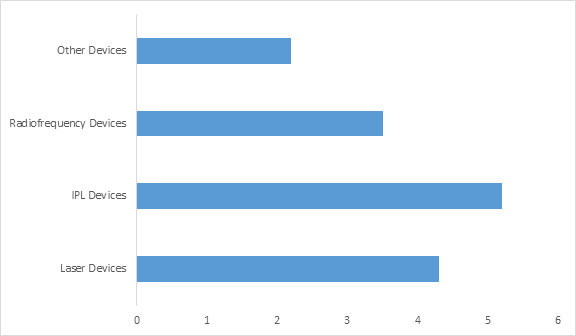 According to Coherent Market Insights’ analysis, increasing geriatric population will result in high demand for skin resurfacing and removal of dark spots from hyperpigmentation, which is expected to drive growth of the market over the forecast period. According to world population prospects report published in 2017, the global population is moving towards higher age group. In 2017, an estimated 962 Mn people were aged 60 or over in the world, comprising 13% of the global population, which would reach 1.3 Bn by 2025, by growing at a rate of about 3% per year.

Older population severely face skin related problems such as post menopause pigmentation, which leads to higher demand for minimally invasive aesthetic procedures. According to the American Society for Aesthetic Plastic Surgery’s national data bank published in 2016, in the last 20 years (1996- 2016), there approximately 1,263% rise skin related cosmetic procedures among age group of 65 and higher. This is expected to drive growth of the hyperpigmentation treatment devices market.

Various manufacturers are launching new devices and promoting adoption of laser-based and light-based devices, which is expected to propel growth of the hyperpigmentation treatment devices market. For instance, in January 2018, Korea-based Lutronic launched a new laser device Lase MD for skin rejuvenation. It is 1,927 nm Thulium laser, which is designed to provide customized skin resurfacing to patients of all ages and skin-type, through fractionated treatments with minimal downtime.

The laser based device creates micro-channels with minimal disruption to the outermost layer of the skin, stratum cornium, and leaves the tissues untouched for better permeability and fast healing. In April 2017, BISON MEDICAL’s CYMA clinic CO2 laser system was granted with 510(k) clearance from the U.S. Food and Drug Administration (FDA). It opened up strong market such as the U.S., which has world’s highest number of annual skin cosmetic procedures for this laser system.

As per Population Prospects Report published in 2017, Europe is currently having the highest percentage (25% of entire population) of people above age 60, which would make Europe an attractive region for hyperpigmentation treatment devices market.

Optical Lens Edger is an instrument to cut the optical lens to the dimensions specified by the tracer and simplify the...

Medical polymer materials are an essential part of the modern healthcare system. These materials comply with regulator...

Pediatric vitrectomy is a surgery, which is performed on children to remove vitreous gel from middle part of the eye. ...

Neurofibromatosis type-1 is a rare disease condition characterized by changes in skin colour and growing of tumors in ...

Indwelling catheters are soft, flexible tube that are used to drain urine from bladder to the collection bag. Indwelli...