Krill is a supplement that is gaining high demand in the market as an alternative to fish oil. It is a rich source of eicosapentaenoic acid (EPA) and docosahexaenoic acid (DHA), is a type of omega fats that are mainly found in marine species. Krill oil has numerous health benefits as it has anti-inflammatory properties and also helps in reducing arthritis and joint pain. The fats present in the krill oil is easier for the body to absorb in the bloodstream. The consumption of krill oil can also enhance the blood flow and reduce the risk of heart disease.

Rising awareness regarding the health benefits of omega-3 fatty acids is anticipated to propel the market growth of krill oil. Moreover, rising consumption of DHA as it sharpens the mind enhances memory and improve concentration is again expected to fuel the demand for krill oil. Furthermore, krill oil is also beneficial in treating stroke, depression, cancer, and irregular menstrual cycle, which in turn propelling the market growth of krill oil.

Expanding cosmetic industry especially in the Asia Pacific region as krill oil is used in the production of skincare products due to anti-inflammatory and antioxidant properties are expected to fuel the market growth. Rising awareness about beauty products and growing demand for personal grooming products is further estimated to foster market growth. According to the report published by The Economic Times in February 2018, the Indian cosmetics and cosmeceutical market is expected to register annual growth of 25% touching US$ 20 billion by 2025.

Side-effects associated with the consumption of krill oil such as stomach discomfort and reduced appetite is estimated to restrict the market growth. Moreover, consumption of krill oil can also result in heartburn, fishy burp, gas, bloating, nausea, and diarrhea which is also expected to restrict the demand for krill oil. Furthermore, it can also result in oily facial skin or breakout and in some cases krill oil can also increase blood pressure. Aforementioned factors are projected to hinder the market growth.

Rising adoption of a healthy lifestyle among consumer is increasing the demand for health-beneficial products such as dietary supplement and organic food is expected to offer immense growth opportunities to the market of krill oil. For instance, in February 2015, RIMFROST introduced new ultra phospholipid Antarctic krill. It is the highest natural concentration on the market with no added extras. Therefore, the rising focus of manufacture to introduce krill oil dietary supplement in order to meet the rising demand is expected to foster the market growth of krill oil.

Rising demand for liquid krill oil or other marine oil that are water-soluble for water-based and dairy products such as smoothies, and other drinks are expected to augment the market growth of krill oil. Liquid products are ideal for children and elderly people as they reduce the risks of choking associated with the tablet form. Hence, growing demand for liquid krill oil due aforementioned advantage is projected to propel the market growth of krill over the forecast timeframe.

Rising patent approvals by government bodies for krill oil for different manufacturing processes and grade products is projected to augment the market growth over the forecast period. For instance, in September 2015, Brazil granted intellectual protecting rights to Tharos for its solvent-free processes used to obtain krill oils. This patent was intended to encourage Tharos to follow a clean approach to process krill products directly at the catch location, with the help of a 100% solvent and chemical-free process for extracting krill oil. 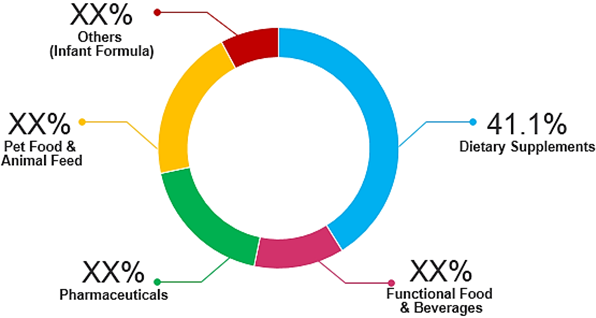 Krill oil is a nutrient rich extract derived from the species, Antarctic krill. Krill oil contains higher concentrations of omega-3 fatty acids on account of which it is considered to be a superior source of omerga-3 as compared to fish oil. The surge in number of cardiovascular related diseases among people in emerging economies has driven the costumers to avoid unhealthy eating habits. Krill oil provides numerous health benefits such as it enhances immune system, reduces obesity, reduces inflammation & joint pains as well as improves the cardiovascular system of the body.

The global krill oil market has witness a growth in recent few years, owing to its rising demand in the pharmaceutical industry as it is used as dietary supplement. The increasing awareness for health and diet among consumers has fueled the demand for functional foods and nutrition supplements in the market. As a result of which consumers are inclining towards usage of krill oil as an alternative for fish oil. This scenario is expected to foster the demand for krill oil globally in forthcoming years.

On basis of region, Asia-Pacific region is expected to grow substantially in next few years, owing to the rise in demand for nutritional supplements. Shifting preferences of consumers in developing countries towards usage of healthy foods has led to the rise of demand of krill oil in pharmaceutical industry. Furthermore, the growth of pharmaceutical industry in the region is expected to foster the market growth during the forecast period.

What are the growth estimates for krill oil market till 2027?

Which are the prominent krill oil market players across the globe?

Which segment based on form, accounted for the highest demand in the krill oil market?

Among form, tablet segment dominated the global krill oil market in 2018 with 62.0% market share in terms of revenue, followed by liquid segment.

What are the key factors driving growth of the krill oil market?

Rising awareness regarding the health benefits of omega-3 fatty acids is one of the major factors that is expected to propel growth of the market over the forecast period.

What is the Compound Annual Growth Rate (CAGR) of the krill oil market for next 8 years?

The global krill oil market is estimated to exhibit a CAGR of 12.9% over the forecast period.

Which region is dominating the krill oil market growth?

Among regions, Europe dominated the global krill oil market in 2018, accounting for 35.2% market share in terms of revenue, followed by Asia Pacific and Latin America, respectively.