Bunkering is the process of transferring fuel to a vessel or a facility in the form of conventional marine fuels or LNG. The density of LNG is around half that of heavy fuel oil. This translates to around 1.8 times LNG needing to be bunkered to obtain same range in comparison to bunkering heavy fuel oil.

Increasing number of vessels or ships are using LNG owing to the need for cleaner fuels coupled with stringent government regulations to reduce chemical emissions. This in turn is expected to drive growth of the LNG bunkering market. For instance, a regulation passed by the International Maritime Organization (IMO) in 2012, stated that ships must reduce their sulfur content in fuel from 4.5% to 3.5%. Various end users are increasingly inclined towards replacing conventional fuels such as natural gas with LNG, given its significant cost advantage over the former. LNG has high combustion efficiency, is easy to redeploy, and is of lower volume than natural gas, translating in easier and relatively cost effective transportation and storage of the same. This has led to rampant adoption of LNG across various industries, leading to commissioning of various new LNG plants worldwide, in turn creating a highly conducive market for LNG bunkering.

Ship-to-ship LNG bunkering is projected to be the fastest growing segment over the forecast period. This is attributed to its advantages such as quick transfer operations and high capacity of 700-7500 tons. Moreover, ship-to-ship operations are feasible for all types of vessels. In 2017, the Port of Gothenburg, Europe, conducted its first ship bunkering using liquefied natural gas.

Offshore support vessel segment dominated the global LNG bunkering market in 2016, owing to it being relatively cost effective in terms of offshore exploration and production activities. In 2013, Harvey Gulf Marine Company invested US$ 400 million to operate and build LNG offshore support vessels and two LNG fueling docks with 0.27 million gallons of LNG storage and capacity of transferring 500 gallons of fuel per minute.

Europe was the largest revenue contributor to the global market in 2016, accounting for 42.17% share. This is due to presence of largest bunkering hub, Norway in the region, as it offers over 18,000 LNG bunker stations. Moreover, rising concerns for minimizing the environmental impact and augmenting investments towards rebuilding and upgrading LNG infrastructure is anticipated to further boost growth of LNG bunkering market in Europe. In 2017, the European Union (EU) member states approved the European Commission’s proposal of investing US$ 24.18 million to support seven actions for developing efficient and sustainable transport and energy infrastructure including that for LNG bunkering.

Asia Pacific is projected to be the fastest growing market for LNG bunkering, exhibiting a CAGR of 61.8% over the forecast period. This is attributed to growing production activities in this region coupled with increasing energy demand. According to International Energy Agency, demand for energy from Southeast Asia between 2000 and 2013 had increased by over 50%. Petronas Company invested US$ 1.16 billion for FLNG project in Malaysia with a capacity of 1.2 MTPA in 2016. Maritime and Port Authority of Singapore also announced funding of US$ 1.45 million for six vessels under a pilot program in 2017, to test procedures for operations and safety protocols for LNG bunkering. This is expected to drive growth of the market. 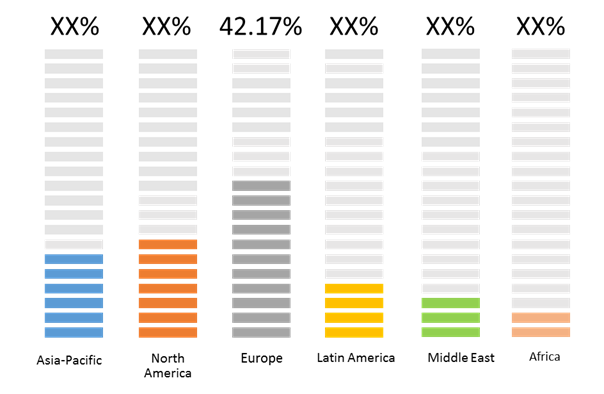 Bunkering is a process of refueling the marine vessels, using pipelines that are connected to the terminal or a direct transfer of fuel from ships or trucks. Ease in transportation and storage of Liquefied Natural Gas (LNG) is expected to be a factor for increasing adoption of LNG bunkering. Its relatively low density and high heating value results in reduction of emission of harmful greenhouse gas.

LNG bunkering market is expected to exhibit significant growth over the forecast period (2017–2025). This is attributed to increasing number of vessels and ships using LNG, as it is a clean fuel. Governmental and non-governmental bodies are implementing stringent regulations on emission of harmful gases. For instance, The America Bureau of Shipping (ABS), incorporated a framework of risk assessment considering LNG leakage during bunkering, which includes, leaks from LNG pipes, pumps, tanks or hoses, inadvertent disconnection of hoses, overfilling vessel fuel tanks and external impact. This creates a conducive environment for growth of the LNG bunkering market. However, lack of infrastructure for fueling LNG across bunkering locations is one of the major factors hindering growth of global LNG bunkering market.

Europe was the largest market for LNG bunkering in 2016, owing to stringent government regulations on emission of harmful and increasing offshore oil and gas exploration and production activities. Asia Pacific is expected to project the fastest growth in the global LNG bunkering market during the forecast period, owing to the rising demand for energy and growing use of LNG as a marine fuel.

What are the growth estimates for the LNG bunkering market till 2025?

The global LNG bunkering market is estimated to surpass US$ 11.66 Billion by 2025.

Which are the prominent LNG bunkering market players across the globe?

Which segment based on vessel type, accounted for the highest demand in the LNG bunkering market?

Among vessel type, offshore support vessel was the dominant segment in the global LNG bunkering market in 2016.

What are the key factors driving growth of the LNG bunkering market?

Increasing number of vessels or ships are using LNG, owing to need for cleaner fuels coupled with stringent government regulations to reduce chemical emissions are some of the major factors that are expected to propel growth of the market over the forecast period.

What is the Compound Annual Growth Rate (CAGR) of the LNG bunkering market for next 8 years?

The global LNG bunkering market is estimated to exhibit a CAGR of 52.4% over the forecast period.

Which region is dominating the LNG bunkering market growth?

Among regions, Europe was the dominant region in the global LNG bunkering market in 2016.

Bunker fuel is meant to be used by the shipping industry for fueling its marine fleet. Fuel oil is mostly us...

Biomass is defined as the biologically degradable fraction of products, residues, and wastes from remains of...

Flare gas recovery systems are used across the refinery industry for safety and maintenance reasons as the r...