Global Meat Substitute Market to Surpass US$ 6.5 Billion by 2025

Meat substitute also called as meat analogue is a meatless food that has similar appearance, taste, and texture as food made from meat, fish, and poultry. It is majorly made from non-meat ingredients and sometimes without using dairy products. The meat substitutes serve to vegetarian population, as they do not prefer meat consumption due to health, animals or environmental concern. Various health benefits associated with meat substitute such as aid in weight loss, preservation of bones, and maintaining normal blood sugar are some of the factors fueling growth of the meat substitute market.

Meat substitutes such as plant-based meat substitutes are not suitable for everyone and especially to gluten intolerant or sensitive individuals. Such allergy may lead to increased intestinal permeability and gut inflammation, which is major factor hindering the meat substitute market growth. 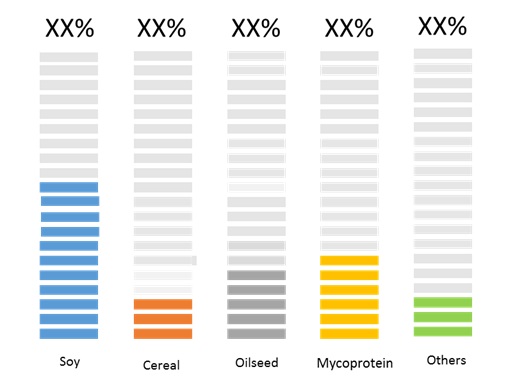 Among source, the soy-based segment is expected to account for a significant revenue share during the forecast period, owing to increasing consumption of soybean due to its nutritional contents, as it is a source of calcium and linoleic acid. For instance, according to the U.S. International Trade Administration (ITA), in Mexico, the total soybean domestic consumption was 4,446 thousands of metric tons in 2015, and reached up to 4,700 thousands of metric tons in 2016. 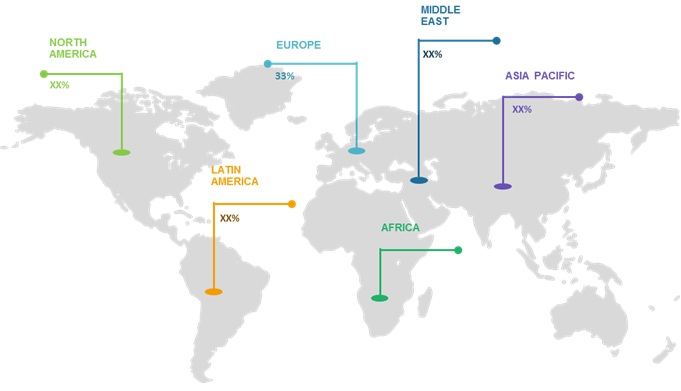 Europe accounted for the largest revenue share of 33% in the global meat substitute market in 2017, and is expected to maintain its dominance over the forecast period. This is attributed to increasing awareness about health benefits of the meat substitutes. Meat substitutes such as tempeh which is a high source of calcium, vitamins, minerals and antioxidants that help to lower cholesterol levels thus people prefer meat substitutes.

North America is expected to account for fastest growing market share in the global meat substitute market, in terms of revenue over the forecast period. This is attributed to increasing consumer preference for meat substitutes and decreasing consumption of meat, owing to rising concern regarding animal welfare among consumers. According to the United States Department of Agriculture, in 2014, the aggregate poultry, red meat, fish, edible basis fell to 181 pounds per person since 1983. Furthermore, market players are focused on new product launches for gaining the demand for meat substitutes in the region. For instance, in July 2018, Beyond Meat launched new types of plant-based meat burgers that are similar to meat-based burgers in taste, appearance, and smell. Such R&D activities by key players is boosting growth of the market.

Key players are focusing on adopting various organic and inorganic growth strategies such as mergers and acquisitions, joint ventures and partnerships, and product or technological innovations to retain position in the global meat substitute market. For instance, in February 2017, Quorn Foods and Shakey’s Pizza Restaurant, partnered to introduce meat free pizza made from mycoprotein.

Meat substitutes are also called as meat analog, mock meat, and faux meat, which has chemical characteristics such as high-moisture extrusion and qualities such as texture, flavor of specific type of meat. Changing consumer preferences towards consumption of healthy diet is driving growth of the meat substitute market.

However, negative effects of the meat substitutes such vomiting, nausea, and diarrhea are hampering the market growth. Furthermore, according to European federation of food science and technology annual conference, water and energy are not used efficiently during the production of meat analogues this is leading to restraining the growth of meat substitute market.

North America is also expected to exhibit positive growth in the meat substitute market over the forecast period. Key factors such as bulk availability of raw materials, increasing population, and high consumption of non-meat products are creating immense opportunities for growth of the market.