The global mild hybrid vehicle market was valued at US$ 71.19 Bn in 2021 and is forecast to reach a value of US$ 333.27 Bn by 2030 at a CAGR of 18.5% between 2021 and 2030. The mild hybrid vehicle market is experiencing strong growth due to immense growth and innovation of the OEMs globally, increasing transitions towards the electrification and the rising environmental concerns are some major factors propelling the market growth. However, the significant rise in demand of battery electric vehicles is a factor expected to hamper growth of the market. Based on the segment the market is divided by capacity type, and vehicle type.

Furthermore, Europe is also expected to witness robust growth in the global mild hybrid vehicle market as the demand for mild hybrid cars is growing significantly in Germany over the past few years owing to several factors, such as people are opting for low or zero-emission vehicles. New product launches by many automobile manufacturers are also increasing the demand for mild hybrid cars in Germany which is anticipated to aid the growth of the global mild hybrid vehicle market. For instance, In August 2021, the German automobile producer Mercedes Benz altered its C-Class with a new refined model. The car is used in both diesel and petrol engine variants which are all equipped with 48-volt mild-hybrid technology. The car is also one of the best-selling models for more than a decade in Germany. 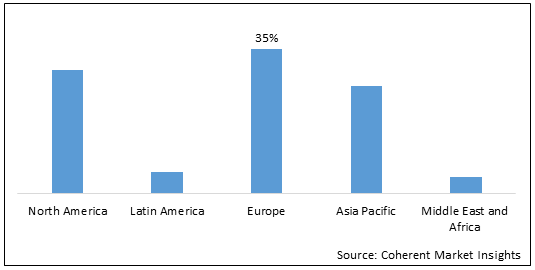 Hybrid vehicles are known to be the middle-ground amongst Internal Combustion Engine (ICE) vehicles and Battery Electric Vehicles (BEV). As part of their vision for net- zero carbon emission in a targeted duration, governments of many regions across the world have executed several policies and incentives to boost the use of hybrid vehicles in the direction of transitioning entirely to electric vehicles which is anticipated to drive the growth of global mild hybrid vehicle market.

Furthermore, India is planning to execute strict European-style emission regulations (Euro 7) for the automobile industry in the country by April 2022. In line with this agreement, automakers will have to cut emissions by nearly 13% per kilometer valuing around 113 grams. Such strict rules are bound to turn the buyers and manufacturers towards mild hybrid vehicles as viable substitute which is expected boost the growth of the global mild hybrid vehicle market.

Electric vehicles can claim high initial investments in spite of various incentives provided by governments globally. However, fleet owners can substitute this by utilizing mild hybrid systems that provide high fuel efficiency. Moreover the optimum fuel efficiency provided by the Mild Hybrid System vehicles poses a great opportunity for fleet owners which is projected to fuel the growth of the global mild hybrid vehicle market.

The Mild hybrid vehicles can offer excellent opportunities for companies that provide products in the Mobility as a Service (MaaS) domain. Since the fuel-efficient measures at around 5% more than conventional ICE vehicles, it opens up a wide range of opportunities for both service providers and their users, providing lower expenses on a total which is expected to boost the growth of the global mild hybrid vehicle market.

The prospective for higher fuel efficiency also concerns the OEMs. The producers can meet these vehicles' rising stringent emission rules while also reaching their carbon emission targets. Various new models introduced by OEMs about this, highlight the high future strength and durability mild hybrid vehicles have in them which is anticipated to boost the growth of the global mild hybrid vehicles market.

Moreover, with additional components such as 48V battery, motor, and power control unit, the technology also offers significant opportunities for relevant suppliers. The huge demand in the rising number of new and innovative models and the prospects of growth for part suppliers to fulfil the demand is anticipated to act as a rising trend in the global mild vehicle market.

The delay in production of new models and decreasing research and development in the time of pandemic is anticipated to hinder the growth of the global mild hybrid vehicle market. Due to the rising cases of pandemic in many regions there was a halt in production of goods in the manufacturing units which impeded the growth of global mild hybrid vehicle market. 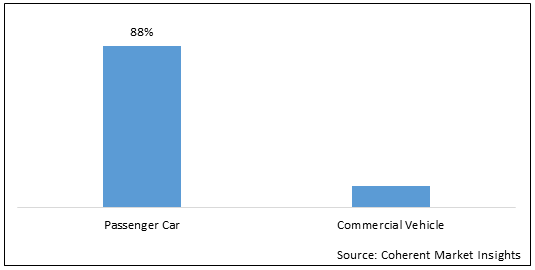 Based on the capacity type, the market is segmented into less than 48V and 48 and above. Out of which the segment with less than 48V is expected to dominate the market over the forecast period as vehicles with less than 48V are being launched by the automobile manufacturers in several countries across the globe. For instances, in October 2021, the European automaker Renault launched its new petrol engine. The 1.3- liter turbo petrol engine is equipped of advanced technology as the engine is designed with the 12V mild-hybrid technology.

The 48V and above segment is also expected to witness robust growth in near future, as 48V battery was introduced due to the rising need for power supply to electronic devices, such as compressor, heater, power steering, and electric pumps. Many automakers started approving 48V mild-hybrid as standard features in their new automotive models over the past three years. For instance, in December 2021, the Cadillac division of General Motors Corporation Limited (SAIC-GM) granted the new XT4 compact crossover SUV.

Based on vehicle type, the market is segmented into commercial vehicle and passenger car. Out of which the passenger car segment is expected to dominate the market over the forecast period as demand for mild-hybrid passenger cars is rising. In the passenger cars, over the past few years, the mild-hybrid technology has gained momentum due to the increasing number of new product launch. For example, on 3rd March 2021, the renowned automobile manufacturer Hyundai revealed its all-new crossover SUV Bayon.

In August 2021, Toyota declared its new BEV series, Toyota bZ, in launch of a full line-up of electrified vehicles. A concept version of the first model in the series was revealed at Auto Shanghai, and 15 BEVs are projected to be introduced worldwide by 2025.

In September 2021, Toyota enhanced the awareness about EVs and hybrids in India. In line with the government of India’s mission to foster acquirement of electrified automotive and following the Toyota Environmental Challenge 2050, Toyota Kirloskar Motor (TKM) approved the xEV SHIKSHA web app.

In October 2019, Toyota Glanza added a new variant in its line-up, the G MT, and approved into the Indian market. The rebadged version of the Maruti Suzuki Baleno, the Glanza's newest base design comes powered by the 1.2-liter VVT petrol engine albeit without the mild-hybrid system.

In February 2021, the third-generation Nissan Qashqai was uncovered, before going on sale in international markets. The Qashqai is accessible with an option of two electrified petrol powertrains, the more conventional of which pairs a 1.3-liter turbo-petrol engine with a 12V mild-hybrid system.  The 12V setup recovers energy under deceleration to power on-board systems when the engine is immobile and offers a small force boost when accelerating.

The global mild hybrid vehicle market is highly competitive. This is attributed to continuous launch of new technologies due to ongoing R &D and efforts by value chain participants. Moreover, key players are adopting various business growth strategies in order to expand their presence on regional as well as global basis. Some of the key players in the global mild hybrid vehicle market are:

*Definition: Mild hybrid vehicle is also called micro hybrids which employ a battery and electric motor to support power the vehicle and can permit the engine to shut off when the vehicle stops such as at traffic lights or in stop-and-go traffic, hence enhancing fuel economy.

Compared to full hybrid vehicle, mild hybrids may offer some of the benefits of the application of hybrid technologies, with less of the cost–weight penalty that is sustained by installing a full hybrid series-parallel drivetrain. Fuel savings would commonly be lower than forecast with use of a full hybrid design, as the design do not facilitate huge levels of regenerative braking or essentially promote the use of smaller, lighter and  more efficient internal combustion engines.

Various technological developments have been seen over the past year in terms of OEM product innovation. Effective ways to comprise hybrid vehicles in urban areas have been rising which is anticipated to aid the growth of global mild hybrid vehicle market. For instance, In Nov 2021, Suzuki declared the new S-Cross SUV with 48V hybrid system standard in the European model, which minimizes the fuel consumption and assists with additional torque. Some organizations participate in assisting research on propulsion materials to decrease any adoption barriers for electric drive technologies about issues in the use of particular materials involved in manufacturing is expected to propel the growth of the global mild hybrid vehicle market.

On contrary, with main OEMs impacted by supply chain restraints and the quick spread of corona virus, smaller parts manufacturers faced restrictions in enduring production actions without purchase orders which is anticipated to hinder the growth of the global mild hybrid vehicle market.

Favorable government policies and incentives are fueling the growth of the market.

Which is the leading Vehicle type segment in the market?

The Passenger car segment is the leading vehicle type segment in the market.

Demand for battery electric vehicles act as restraining factor on the market.