The global military training aircraft market size was valued at USD 4,800 million in 2021 and is anticipated to witness a compound annual growth rate (CAGR) of 3.2% from 2022 to 2030. With the rise of unrest in the Middle East and the U.S. increasing its defense capabilities, the military training aircraft market is expected to increase dramatically. Several nations are planning to replace their aging fighter and training aircraft with modernized models. China and India are poised to drive growth in this sector. Increasing defense budgets and modernization plans is driving the market growth in several regions.

North America among regions is expected to hold a major share in the global military training aircraft market during the forecast period. This is attributed to increasing military training aircraft related developments, introduction of novel combat aircraft configuration, availability of large aircraft fleet and high demand for newer trainer jets in countries such as the U.S. and Canada. For instance, as per the Coherent Market Insights data, the U.S. Air Force possesses an active training aircraft fleet of 1,488 aircraft, the U.S. Navy 965 aircraft, U.S. Army 110 aircraft and the U.S. Marine Corps has 107 aircrafts.

Furthermore, Asia Pacific is anticipated to witness substantial growth in the global military training aircraft market over the forecast period. This is due to employment of new curriculums encouraging pilots to act on their own in countries such as China, and employment of new programs for improving pilot training systems of the Air Forces in the countries like Japan and India across this region. 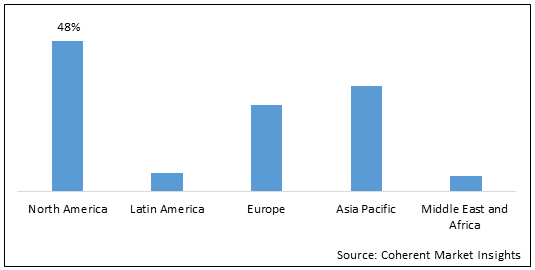 Growing demand for pilot training resulting from increasing procurement of newer generation aircraft is expected to propel growth of the global military training aircraft market during the forecast period. The global militaries are focused on procurement of new generation aircrafts due to their plants of operating a smaller yet capable aircraft fleet. Due to this, many military aircraft are procured to replace older airframes. In June 2021, the U.S. Air Force (USAF) asked the U.S. government for retirement of 201 aircraft in fiscal year 2022, for reinvesting savings from maintaining and not operating these aircraft into R&D.

Moreover, growing demand for cost reduction is also expected to create growth opportunities for market players in the global military training aircraft market over the forecast period. With increasing demand for cost reduction, trainer aircraft in the future are likely to incorporate systems for reduction of the operational and procurement costs. Moreover, the demand for supersonic trainer jet is also increasing due to rise in focus on training fighter pilots in aircraft performing like a fighter. The adoption of these aircrafts is projected to grow in the coming years, which is likely to drive the market growth.

Growing emphasis on emission reduction through electrification gaining traction in the global military training aircraft market. Trainer aircraft in the military aircraft industry will be the first ones to be electrified with the use of electric propulsion technologies, as their requirements of weight, size, power and cost can be catered easily in the smaller training aircraft as compared to other aircraft in the military. For instance, in October 2021, during the Seoul International Aerospace and Defense Exhibition 2021, the Korean Aerospace Industries revealed a concept model of a basic trainer aircraft that is electrically powered. Thus, this trend is likely to continue in the market during the forecast period. 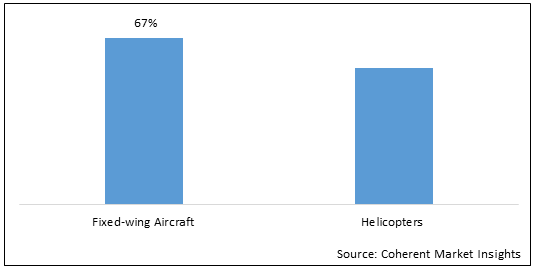 Based on Aircraft Type, the market is segmented into Fixed-wings Aircrafts and Helicopters. Out of which, Fixed-wing Aircraft segment is expected to dominate the global market over the forecast period and this is attributed to the rise in adoption of military training aircraft by high-income economies such as the U.K. and the U.S., and rising developments and growing training programs of fixed-wings aircrafts around the world.

Helicopters segment is also expected to witness significant growth in the near future and this is owing to the increasing launch of various new helicopter models by major companies leading to demand for new training helicopters. For instance, in August 2019, Airbus Helicopters delivered the 200th UH-72A Lakota for training operations with U.S. Army Aviation Center of Excellence in Fort Rucker, Alabama. The U.S. Navy and the U.S. Army and other military units around the world operate the twin engine of the UH-72A, named EC145.

In November 2020, HAL started the spin flight test of the Intermediate Jet Trainer (IJT) in Bengaluru, India. This aircraft is likely to replace the aging fleet of Kiran aircraft of the Indian Air Force.

In February 2021, Boeing started the production of the T-7A Red Hawk jet trainer at its St. Louis, Missouri production facility. The aircraft was developed under the partnership between Boeing and Saab, and it will be delivering 351 aircraft to the U.S. Air Force under a US$ 9.2 billion contract made in September 2018.

The global military training aircraft market is highly competitive. This is attributed to continuous launch of new technologies due to ongoing R &D and efforts by value chain participants. Moreover, key players are adopting various business growth strategies in order to expand their presence on regional as well as global basis.

Moreover, most military ground attack and interceptor aircraft are available in two-seat trainer versions. These operational conversion aircraft allow the military to train new pilots without major modifications and still retain full functionality of their operational counterparts. They may have reduced ranges and weight, however, are otherwise comparable to operational versions. They are also available in emergency situations.

Growing demand for pilot training and rise in development of newer generation trainer aircraft are fuelling the growth of the market.

The Fixed-wing Aircraft segment is the leading component segment in the market.

Rise in development cost of military trainer aircraft and increasing emphasis on simulation based training are the major factors restraining growth of the market.