Polycarboxylate ether (PCE) is composed of methoxy-polyethylene glycol copolymer (side chain) grafted with methacrylic acid copolymer (main chain). It is commonly used in the construction industries, especially as superplasticizer in cement and concrete. Polycarboxylate ether-based superplasticizer is used to achieve specific concrete properties such as enhanced flow properties. It is used in the construction of building slabs, bridges, roads, and general civil construction. The main and side chains of the PCE can be modified to obtain desired properties in polycarboxylate ether product. The properties that can be optimized includes adsorption speed, water reduction with high initial liquefaction or workability, slump retention without retardation, early strength development with workability time, stickiness, stability, viscosity, and combinations of these properties. High water reducing ability, easy to use with any cement grade, and faster recycle of formwork, owing to accelerated early strength development are some of the advantages of polycarboxylate ether that are expected to drive growth of the market.

Among product type, liquid segment accounted for largest revenue share of 57.4% in the global polycarboxylate ether market in 2017. The segment was valued at US$ 4,637.6 Mn in 2017 and is expected to witness a CAGR of 11.3% over the forecast period. Liquid polycarboxylate ether is usually used in a water reducing concrete admixture. Polycarboxylate ether is supplied as liquid formulation with active solid content in varying ranges such as 30% and 40%, especially to be used as superplasticizer.

Asia Pacific held a dominant position in the polycarboxylate ether market in 2017 with a revenue of US$ 3875.0 Million and is expected to retain its dominance over the forecast period. This is attributed to the growth of construction industries in the region. According to the Union Budget 2018-19 of India, the government of India invested US$ 92.22 Billion for infrastructure development. Moreover, the State Council of China announced expansion of transport network during the 13th Five-year Plan period (2016-2020), which includes 150,000 kilometers of railway lines, 5 million km of roads, and 260 airports. 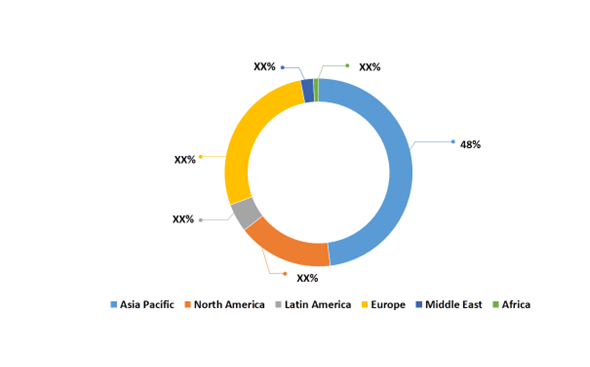 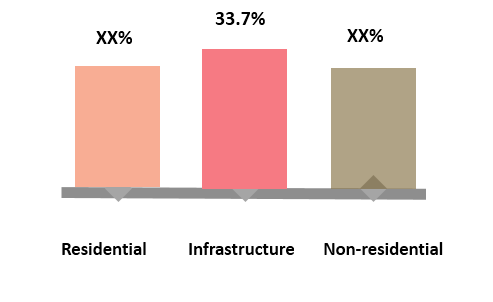 Infrastructure segment was the largest market for polycarboxylate ether with a market share of 33.7% in 2017, owing to the growth of construction industries in emerging economies of Asia Pacific. According to the Organization of Economic Co-operation and Development (OECD), annual investment of around US$ 6.9 trillion is required, globally for infrastructure projects between 2016 and 2030 for sustainable economic development.

Demand for public and private infrastructure from increasing population in the emerging economies such as Brazil, India, China, Argentina, Mexico, South Africa, and others is increasing significantly. Therefore, the demand for highly efficient superplasticizers, namely polycarboxylate ether for application in the construction section is expected to increase over the forecast period.

Infrastructure segment includes construction activities in the transportation, public health, and energy sector. Increasing government investments and initiatives for infrastructure development is fuelling growth of this segment, thereby driving growth of the polycarboxylate ether market. For instance, in January 2018, the National Investment and Infrastructure Fund (NIIF) of India partnered with DP World, a UAE-based company, to use investment of US$ 3 billion in the development of terminals, ports, transportation, and logistics businesses in India.

Polycarboxylate ether (PCE) is composed of methoxy-polyethylene glycol copolymer (side chain) grafted with methacrylic acid copolymer (main chain). It is commonly used in the construction industries, especially as superplasticizer in cement and concrete. Superplasticizer admixtures are used for the improvements they make in the rheological properties of fresh concrete. High water reducing ability, easy to use with any cement grade, faster recycle of formwork, owing to accelerated early strength development are some of the advantages of polycarboxylate ether.

Electronic cables and cables used for shifting or lifting the loads such as those used for trolley systems and conveyo...

Resin is a hydrocarbon-rich solid or fluid with high viscosity, which is derived from the sap discharge by t...