Polymerization Catalysts Market to Surpass US$ 4000 Mn by 2030

The global polymerization catalysts market size was valued at USD 3100 million in 2021 and is anticipated to witness a compound annual growth rate (CAGR) of 3.90% from 2022 to 2030. Demand for polymerization catalysts will continue to grow due to increased production of polymer resins. These include low-density polyethylene and linear low-density polyethylene, which are used for plastic packaging and in the production of various industrial products. These polymers are also used in automotive parts and electrical wires. They are waterproof, moisture-resistant, and flexible. Therefore, the growth of the polymerization catalyst market will be mainly driven by growing applications in wide range of manufacturing industries.

Regionally, Asia Pacific is projected to dominate the global polymerization catalyst market over the forecast period owing to the presence of strong economy such as China. According to the Coherent Market Insights analysis, China is the largest economy, in terms of GDP. The country witnessed about 6.1% growth in its GDP during 2019, even after the trade disturbance caused due to its trade war with the United States. The IMF projected a growth of 5.8% for 2020. In terms of GDP (PPP), China is the largest economy, with a GDP (PPP) of USD 25.27 trillion. Moreover, China is one the biggest producer of plastics products in the world. The strong growth of several downstream processing industries that consume PVC, PET, polyethylene, and polypropylene is projected to raise the demand for these materials in the future.

At the same time, North America is expected to gain significant growth over the forecast period owing to the growing focus of key players in the region to increase production capacity of polymers. For instance, in March 2019, ExxonMobil announced its plan to fund the construction of a new polypropylene production unit in Baton Rouge, which may expand its production capacity along the Gulf Coast, by up to 450,000 metric ton per year 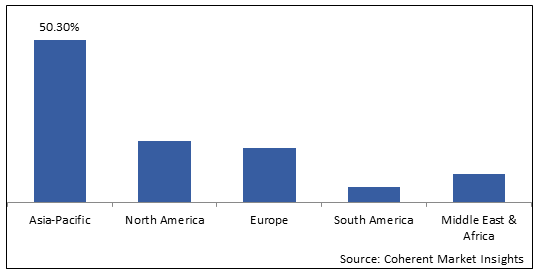 Growing refinery market in Africa, the Middle East, and Asia-Pacific could act as another key driver for the polyolefin catalyst market over the forecast period. Africa is a net importer of refined products, and its import requirements are projected to further increase. By 2021, in the Middle Eastern region, large refinery and condensate splitter projects are set to be completed in  Iraq, Iran, Saudi Arabia, Kuwait,  and the UAE, whereas Oman and Qatar will also add to their capacities, by offering a scope for raising the production of polymers, and hence, contributing to the increase in the utilization of catalysts.

Growing investment in the petrochemical industry and upcoming olefin projects, the demand for catalyst is expected to grow in the near future. This is expected to increase the use of polyolefin catalysts in the production of olefin derivatives.

Strict regulations on phthalate-based catalysts due to its toxicity is projected to hamper the market growth. For instance, the US EPA (Environmental Protection Agency) and the European Union’s REACH (Registration, Evaluation, Authorization, and Restriction of Chemicals) has identified phthalate catalysts as possible carcinogens.

Unfavorable conditions arising due to Covid-19 is also projected to restrict the market growth. With the halt in the manufacturing facilities, there has been a sharp fall in the demand for polymers. For instance, the petrochemical industry has been facing adverse effect of the COVID- 19 outburst 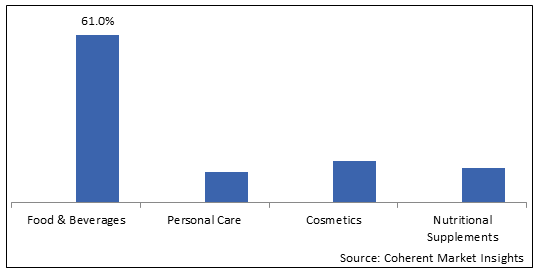 The global polymerization catalysts market report is segmented into classification, catalyst, and region

Based on catalyst, the market is segmented into Zeigler-Natta, Single-site, Chromium, Peroxide, and Other Catalysts. Out of which, Zeigler-Natta is expected to dominate the global market over the forecast period and this is attributed to the growing demand for producing wide range of polyolefins, including polypropylene, polyethylene, and polybutene-1. They are widely used to manufacture HDPE and LLDPE grades

Chromium segment is also expected to witness significant growth in the near future and this is owing to the fact that these catalyst is used to manufacture more than one-third of the global commercial polyethylene.

*Definition: Polymerization catalysts are molecules that control the incorporation of monomers into polymer chains. Monomer incorporation can be crucial because it can dictate the properties of the final product. The characteristics of the monomer chains can be controlled by the chemist through a variety of methods, including the use of metal centers and ligand scaffolds. In terms of application, polymerization catalysts are used in several different industries. They are mainly used in the production of plastics, such as bags, film wrap, and milk jug.

Polymerization catalysts are substances that facilitate the synthesis of various polymers. These catalysts are based on metal ions and organic ligands. Typically, the polymerization process starts with the addition of one monomer to a reaction center. The addition of subsequent monomers occurs in a specific geometry. For example, catalysts that exhibit certain Cs symmetries produce syndiotactic polymers, while catalysts with C2 symmetries typically produce isotactic polymers.

The primary applications of polymer catalysts are in the production of plastics. These include plastics for packaging, consumer goods, and pharmaceuticals. Growing global population and economies are expected to increase the demand for catalysts. Growth of this industry is also driven by increasing demand for polyethylene from wide range of manufacturing sector

On the other hand, strict regulations regarding the usage of phthalate- based catalyst is projected to restrict the market growth.

Increasing production of polymer resins is fuelling the market.

The Polyolefin Catalysts segment is the leading component segment in the market.

Strict regulations on phthalate-based catalysts due to its toxicity is the major factors restraining growth of the market.