Press Release: Global Power Rental Market to Surpass US$ 25.22 Billion by 2025, Fuelled by Rapid Demand for Energy and Lack of Power Infrastructure

Global Power Rental Market to Surpass US$ 25.22 Billion by 2025, Fuelled by Rapid Demand for Energy and Lack of Power Infrastructure

Power rental plants are required for temporary supply of power for industries due to the supply-demand gap in electricity. To avoid financial losses, industries requires a constant power supply. Therefore, industries use additional power by introducing short-term initiatives, such as leasing or renting addition power by using diesel generators to fulfill their need for power.

On the basis of end users, construction and oil & gas industries held the largest position in 2016, owing to high adoption rate of power rental technologies by industries. According to American Chemistry Council (ACC), 294 new chemical projects started in the U.S. in 2017, due to availability of cheap and abundant ethane and shale gas. The ever increasing demand for oil and gas all over the world is the major factor driving the growth of global power rental market. According to International Energy Outlook, 2016, the global energy demand is set to increase from 268 mboe/d in 2013 to 399 mboe/d by 2040. 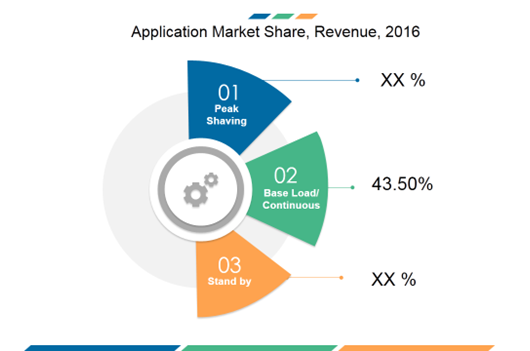 Power rental plants are simple power generators that generate on-demand power at the cost of fuel in order to reduce the power disruptions in almost any environment. For large scale companies, national utilities, individual business, hospital emergencies, and for various events, such as concerts and outdoor events power rental generators are used to prevent expensive downtime.

The major drivers in the growth of power rental market include increased demand for power and lack of power infrastructure. According to the U.S Energy Information Administration, the total world consumption of energy increases from 575 quadrillion Btu (British thermal unit) to 736 quadrillion Btu, with an increase of 28% from 2015 to 2040. Furthermore, many organizations and industries, such as oil & gas, construction, manufacturing, mining, and other industries periodically upgrade their electric substation for maintenance or growing load requirement, as they are not able to stop production for that amount of time. Hence, rental power generator fulfills the need of power for the continuous production until the regular operations ready to resume. Furthermore, increased construction activities and increase in demand for oil & gas industry is propelling the growth of power rental market.