The global pumped hydro storage market size was valued at USD 330.00 billion in 2021 and is anticipated to witness a compound annual growth rate (CAGR) of 7.18% from 2022 to 2030. The market for pumped hydro storage systems is growing at a fast rate. The increasing demand for flexible energy sources is driving the installation of new projects. In addition, the demand for renewable energy is growing rapidly. As renewable energy sources become more prevalent, more governments are implementing programs to support renewable sources. Stringent government regulations are also driving the renewable energy market growth, this in turn augmenting PHS market growth. Other factors contributing to market growth include the implementation of new government targets that aim to reduce carbon emissions. These initiatives will further boost the market's adoption of PHS technology

Europe is projected to hold second leading position in the global market over the forecast period owing to the increasing developments associated with the pumped hydro storage in the region. Moreover, the 2020 years presented a key milestone toward decarbonization in the European Union, as all renewable sources together generated more electricity than conventional fuels for the first time. 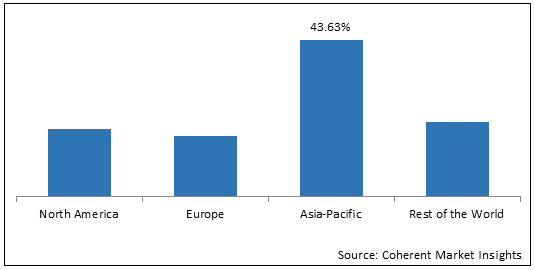 Increasing integration of renewable energy sources and growing focus on ensuring grid stability are prime factors augmenting growth of the global pump hydro storage market. According to International Renewable Energy Agency, as of 2020, global renewable energy capacity stood at 2799.09 GW, of which wind energy accounted for 733.27 GW (26.2%), and solar energy accounted for 713.97 GW (25.5%) of the total installed capacity.

In developing countries there is a growing focus towards becoming carbon neutral which is projected to hold significant opportunities. For instance, China announced its plan to become carbon neutral by 2060 and peak coal consumption by 2025. This led to increased investment in the renewable sector, and in 2020, around 13.76 GW of new hydropower was installed, including 1.2 GW pumped storage from the last four units of the Jixi project.

Increasing number of renewable sources across developing region is emerging as a major trend in the market. In 2020, the total renewables (including hydropower) in the Middle East & African region was 229 TWh, accounting for about 11% of the total region's electricity generation. It has witnessed a growth of 3% compared to 2019, majorly contributed by hydropower.

Growing launch of new product due to ongoing technological advancement is another major trend observed in the market. For instance, in February 2021, RheEnergise develops pumped-hydro technology to store clean power.

Increasing adoption of alternative energy storage technologies is projected to be a significant restraint for the global pumped hydro storage market over the forecast period. The main competitor to the PHS is lithium-ion battery technology.

Environmental and social impact of PHS projects is projected to be another key restraint for the market. Large GWh-sale projects have land footprint and also require the evacuation and rehabilitation of indigenous populations. 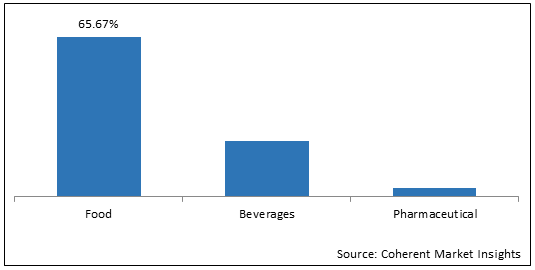 Based on type, the market is segmented into open-loop and closed-loop. Out of which, open-loop is expected to dominate the global market over the forecast period and this is attributed to the high adoption of open-loop pump projects across developed countries. According to the International Hydropower Association, by the end of 2020, Europe had a significant number of open-loop pumped hydro storage projects, and India had a total of eight operational open-loop pumped hydro storage projects, with a total power generation capacity of more than 2.5 GW.

Closed-loop segment is also expected to witness significant growth in the near future and this is owing to their high reliability, flexibility, and high-power output.

Pumped hydro storage (PHS) is an energy storage method that uses water to store energy. This process uses a reservoir, well, or rock formation to store water. When surplus electricity is generated, the pumped water is channeled over a turbine, generating electricity. This process is closed-loop and has the potential to store massive amounts of energy. Pumped hydro storage is a great way to store excess electricity and use it during times when demand is high. It is particularly useful in areas where the availability of peaker plants is limited. These plants are designed to operate during times of high demand, but are increasingly used to fill the gaps in the grid when intermittent renewable generation is insufficient.

The pumped hydro storage market is growing in terms of revenue and installation in various geographies. Its key growth drivers include the availability of abundant natural resources, ease of construction, and power generation. Additionally, the rise in renewable energy generation and the increasing need for grid network load management are again contributing to the industry's growth. The industry's rapid growth is also supported by the emergence of newer technologies and ongoing R&D activities.

On the other hand, environmental and social impact of PHS projects is projected to hinder the market growth.

Increasing integration of renewable energy sources and growing focus on ensuring grid stability are fuelling the growth of the market.

The Open-Loop segment is the leading component segment in the market.

Increasing adoption of alternative energy storage technologies and environmental and social impact of PHS projects are the major factors restraining growth of the market.