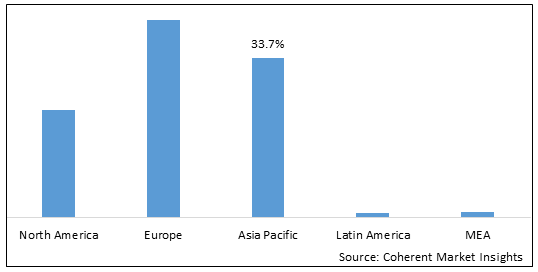 Rise in demand for electric vehicle across the globe is also expected to augment growth of the global sodium-ion battery market over the forecast period. The demand for EVs has significantly increased in recent years, as governments are focusing on electrifying of transportation to reduce carbon emissions coming from fuel. Due to environmental concerns, emphasis on renewable energy solutions is most likely to lead to rise in sodium-ion battery use, as this technology promises greater capacity compared to typical lithium-ion cells. Thus, growing demand for EVs is expected to propel the market growth.

Rise in demand for novel battery energy storage technologies is expected to offer growth opportunities for market players in the global sodium-ion battery market over the forecast period. Battery energy storage has become popular in recent time. As per the International Renewable Energy Agency (IRENA), deployment of energy storage in emerging markets is anticipated to grow by nearly 40% each year till 2025. Thus, it is expected to boost the R&D activities as well as investment in sodium-ion batteries, which will provide market players with growth opportunities.

Growing development and deployment of large-scale battery storage is also likely to offer growth opportunities to the global sodium-ion battery market over the forecast period. So far deployment of battery storage has be focused in developed countries in Europe, North America, Central Asia, and East Asia-Pacific region. As the levels of renewable penetration is increasing and the number of ageing grid infrastructure is growing, the demand for large-scale battery storage is likely to grow. This factor is expected to support the market growth, in coming years.

Market players are focusing on increasing funding to scale up production capabilities, which is a growing trend in the global sodium-ion battery market. For instance, in March 2022, Altris, a sodium-ion battery company raised EUR 9.6 million in a Series A funding round and the company has raised nearly EUR 11.5 million since mid-2020. With these funding the company will be able to scale up its production capabilities and continue R&D activities.

Factors such as reduction in the cost of lithium-ion batteries are anticipated to hinder growth of the global sodium-ion battery market over the forecast period. Over the past decade there was a significant decline in price of lithium-ion batteries. This majorly due to steady improvement in performance of the battery and increased production volume. For instance, according to the Coherent Market Insights, in 2021, the cost lithium ion battery declined by 87% as compared to the price in 2010. The prices of these battery stood at US$ 132 per kWh. 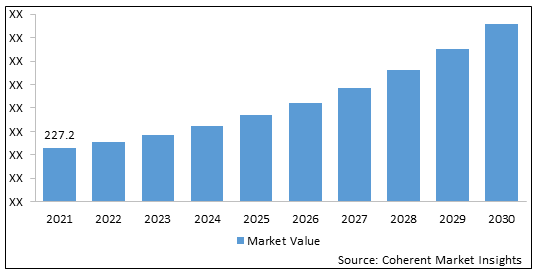 The global sodium-ion battery market report is segmented into Application and Region.

Based on Application, the market is segmented into Stationary Energy Storage and Transportation. Out of which, Stationary Energy Storage is expected to dominate the global market over the forecast period and this is attributed to the high preference of sodium-ion batteries in stationary storage application due to its various lucrative properties such as low charging time, high energy density, higher number of charging cycles among others.

Transportation segment is also expected to witness significant growth in the near future and this is owing to the increasing adoption of electric vehicles due to rise in environmental concerns. As the use of EVs is increasing the demand for sodium-ion batteries is likely to grow all over the world, which is expected to drive growth of this segment.

In June 2020, Faradion Ltd. entered into partnership with Infraprime Logistics Technologies (IPLTech) for the use of high energy sodium-ion batteries in commercial vehicles and for the development of the same in the Indian market.

In September 2020, NGK Insulators Ltd. singed a joint development agreement with BASF New Business for sodium-sulfur batteries in stationary applications. With the agreement, both the companies will be focusing on achieving a rise in power and higher cycle number per time unit, which will help them to open up market segments for NAS batteries.

The global sodium-ion battery market is highly competitive. This is attributed to continuous launch of new technologies due to ongoing R &D and efforts by value chain participants. Moreover, key players are adopting various business growth strategies in order to expand their presence on regional as well as global basis.

The Sodium-Ion Battery is a type of rechargeable battery that uses sodium ions as charge carriers. It works in a similar manner to lithium-ion batteries. It is typically found in small handheld electronic devices and is used for various purposes, including powering watches and GPS systems.

The basic principle behind the sodium-ion battery is that ions transfer from the negative electrode to the positive one through a process called electrolysis. These charged ions then flow between the two electrodes. As the cell is charged, the voltage of the battery increases. However, the electrochemical reaction slows down with time. While sodium-ion batteries haven't quite reached the maturity stage, their rapid development suggests they may soon challenge lithium-ion in the rechargeable battery market. With further investment, the sodium-ion battery technology will be able to provide a cost-effective solution for large-scale electrical energy storage.

The growing demand for electric vehicles is a primary driver in the Sodium-Ion Battery market. Electric vehicles are a popular way to reduce carbon emissions. Governments are responding to this trend by pushing the sale of Electric Vehicles and implementing stricter rules regarding alternative energy sources. As more companies look to develop electric vehicles, sodium-ion batteries will continue to gain popularity. They are more environmentally friendly and can deliver more energy than lithium-ion batteries.

The Stationary Energy Storage segment is the leading application segment in the market.

Reduction in the cost of lithium-ion batteries is the major factor restraining growth of the market.