Key players in the market are focused on merger and acquisition activities, in order to enhance the market presence. For instance, in 2014, SunPower Corp. acquired VC-funded SolarBridge Technologies, Inc., to expand its product offerings by including factory-integrated AC modules. Moreover, in August 2011, SunEdison acquired GreenRay Solar to sell its modules coupled with micro inverter technology.

Dropping prices have been a continual scenario in the global solar micro inverter market and the trend is expected to continue during the forecast period. For instance, Enphase’s top management stated the company would scrub out 50% of the device's cost in two years and reach parity with string inverters at 10 cents per watt. Moreover, micro inverter companies are facing direct competition from providers of lower-cost solutions. In order to sustain among other players, many companies have significantly reduced prices of their products, which in turn, reducing gross margin. For instance, Enphase financials from Q1-16 indicate that the company’s gross margin percentage reduced from 32.6% in Q1-15 to 18.8%.

Embedded micro inverters can fully be integrated into the junction box of a module to create a more reliable and cheaper AC module. This, in turn, offers major cost advantage to customers, which replaces conventional junction box arrangement. As of 2015, additional savings of US$ 0.02 – 0.03/watt were noted, but these savings are not yet passed to the customer due to significant price mark-up for embedded systems. Moreover, this technology is being incorporated by DC optimizer manufacturers to develop embedded mobiles that are called smart modules. Currently, only LG offers a fully integrated AC module – MonoX ACE – and claims capability of saving up to 41% in terms of installation time as compared to conventional systems but comes with only 10 years warranty and costs significantly more.Rise in the Popularity of Electric vehicles

India is targeting 100GW of solar installations by 2022 while status quo being a meager 7.6GW on May 31, 2016. Of this, 40 GW is expected to come from rooftop installations, fuelling the demand for micro inverters in the country. According to Coherent Market Insights’ analysis, revenue from the India solar micro inverters market is expected to expand at a significantly high CAGR of 30% over 2016–2026, and revenue contribution from the market in India to Asia Pacific is expected to increase to 8%. Key companies in the market can capitalize on these opportunities by marketing their solutions in a promising way for Indian commercial and industrial segments.

Due to the Covid-19 almost each and every industry got heavily impacted due to the various rules imposed by government on the manufacturing of vehicles. The pandemic has imposed lockdown which has led various companies to shutdown for months. Due to this majority of company stopped the production of power-generating inverters. This cause huge impact on the revenue of solar micro inverter market. Moreover, as China is the largest market for solar energy generation, the slowdown in the country’s economic growth has affected the overall generation and renewable energy investment globally. The country is a leader in terms of solar photovoltaic installations and the production of solar inverters and PV panels.

However, as per CMI analysis, the solar micro inverter market is expected to recover in upcoming years. 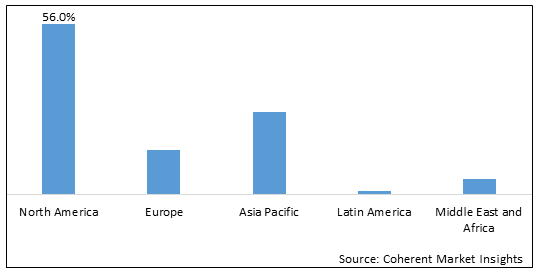 North America Solar Micro Inverter Market is expected to witness a CAGR of 56.0 % over the forecast period.

North America Solar Micro Inverter Market is expected to be one of the prominent region in the global market and witness high growth during the forecast period. This is owing increasing demand for Solar inverters in emerging economies such as United States, and Canada. Moreover, increasing installations of solar products such as solar panels is one of the major factors that is expected to increase growth of the market over the forecast period. 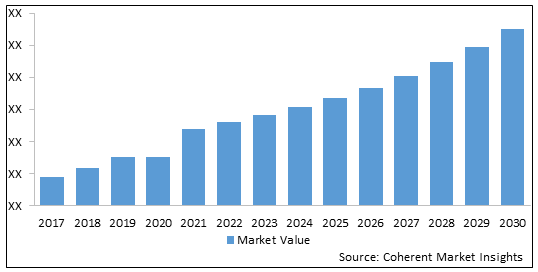 A solar micro inverter or also referred to as a microinverter is an electronic device used to convert direct current (DC) into an alternating current (AC) generated by a single solar module. Generally, the output from several microinverters can be combined and fed to the electrical grid. Microinverters provide numerous advantages including, module-level monitoring, easier installation, enhanced design flexibility, offers better safety than conventional inverters, etc.

An AC module is a photovoltaic module that has an integrated microinverter. It offers several added benefits, which is expected to make integrated microinverter systems fastest-growing during the forecast period. For instance, it can replace junction box and shorten DC wiring, which saves up to US$ 0.03/watt and enhances safety, reduces installation time on integration thereby saving 30-50% in labor costs. Moreover, advance solar inverters such as micro solar inverters offer numerous advantages over the conventional string and central inverters such as high energy yield, module level monitoring abilities, longer life cycles, enhanced safety, betters flexibility, simplicity, and higher labor efficiency, and no single point of failure. These prime factors have increased the adoption of micro inverters in the photovoltaic industry in the recent past. Therefore, these benefits are expected to boost the global solar micro inverters market growth over the forecast period.

What are the growth estimates for the Solar Micro Inverter Market till 2030?

The Solar Micro Inverter Market is estimated to surpass US$ 715.7 Million by 2030

What is the expected compound annual growth rate (CAGR) of the Market during the forecast period (2022-2030)?

What is the primary factor contributing to the growth of the Market?

Increasing installations of solar products such as solar panels is one of the major factors that is expected to propel growth of the market over the forecast period.

Which segment based on system type, accounted for the highest demand in the Market?

Among system type, Stand Alone segment held the dominant position in the market, in 2021, and is estimated to retain its dominance throughout the forecast period.

Which region is dominating the Market growth?

Among regions, North America held dominant position in the Market in 2021, and is expected to retain its dominance over the forecast period.

Who are the major players operating in the Market?