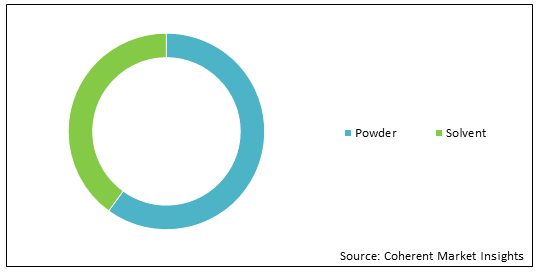 Product approval from regulatory authorities such as ANVISA (National Sanitary Surveillance Agency), for drugs of Somatropin is expected to drive growth of the global somatropin market over the forecast period.

Product approval from regulatory authorities such as ANVISA (National Sanitary Surveillance Agency), for drugs of Somatropin is expected to drive growth of the global somatropin market over the forecast period. For instance, in May 2019, ANVISA (National Sanitary Surveillance Agency), approved the biosimilars named Criscy (Somatropin), which is safe and effective in the treatment of patients with pathologies associated with growth hormone deficiency. Criscy (Somatropin) is manufactured by Cristalia, a pharmaceutical & biotechnological research and development company, which is headquartered in Sao Paulo, Brazil.

The COVID-19 pandemic has affected clinical trials drastically. For instance, on April 23, 2020, according to a survey conducted by Medidata Solutions, Inc., a company which markets and develops software as a service for clinical trials, conducted a survey which showed observations such as 63% of survey respondents reported that they had stopped recruiting new patients for ongoing clinical trials and 43% of the respondents had postponed their studies.

Moreover, since the COVID-19 virus outbreak in December 2019, the supply chain of growth hormone deficiency drugs was hampered and the somatropin market was affected in a negative way, however the market recovery was seen over the late phase of COVID-19.

Increasing presence of alternative drugs for growth hormone deficiency is expected to hamper growth of the Global Somatropin Market over the forecast period.

For instance, according to the data published in the biostation which provides information about scientific data where in 2022, Sermorelin therapy is less expensive than human growth hormone treatment, sometimes by as much as 10%. Injection or a multi-dose auto pen are two alternatives for administration of drug.

On the basis of region, the Global Somatropin Market is segmented into North America, Latin America, Europe, Asia Pacific, Middle East, and Africa. 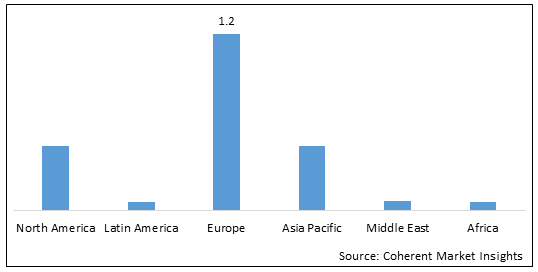 Increasing product approval by regulatory authorities is expected to fuel growth of the global somatropin market over the forecast period. For instance, on January 13, 2022, Ascendis Pharma A/S, a company that manufactures pharmaceutical products announced that the European Commission (EC) granted marketing authorization for Lonapegsomatropin Ascendis Pharma (developed under the name TransCon hGH) as a once-weekly subcutaneous injection for the treatment of children and adolescents aged 3 to 18 years with growth failure due to insufficient secretion of endogenous growth hormone (also known as growth hormone deficiency, or GHD). TransCon hGH is a prodrug of somatropin that provides sustained release of unmodified somatropin (hGH) at predictable therapeutic levels in the body.

What will be the compound annual growth rate (CAGR) for the global somatropin market during the forecast period (2022-2030)?

What is the estimated market size of the market in 2022?

Which are the prominent players operating in the market?

What are the growth estimates for the market till 2030?

Europe is the prominent region in the market.

Which is the prominent segment in the market?

Solvent, which belongs to the type segment, is the prominent segment in the market.