Structural Health Monitoring Market Is Expected to exhibit a CAGR of 14.0% During the Forecast period (2019-2027)

Structural health monitoring (SHM) is the practice of implementing a damage detection and characterization strategy for engineering structures namely buildings and bridges. In layman’s terms, it is the process of gaining knowledge of the integrity of the in-service structures on a constant real-time basis. The SHM process includes the observation of a system over time with the help of periodically sampled response measurements from an array of sensors. There are different processes involved in SHM namely operational evaluation, data acquisition, normalization, and cleansing, feature extraction and data compression, and statistical model development. SHM system’s elements include structure, sensors, data acquisition systems, data transfer and storage mechanism, data management, and data interpretation and diagnosis.

The global structural health monitoring market was valued for US$ 2,328 Mn in 2019 is expected to exhibit a CAGR of 14.0 % during the forecast period.

Heavy structures such as dams, bridges, and buildings are prone to different intense loadings during their lifetime. These loadings get stronger during typhoons, cyclones, hurricanes, earthquakes, etc. These events can severely impact the integrity of an entire structure and lead to catastrophic damage and loss of life. However, implementation of SHM systems would minimize the repair and maintenance costs throughout a structure’s lifecycle. These systems play a crucial role in monitoring and maintenance of structural integrity of buildings of high importance per se hospitals or national monuments. Moreover, proactive initiatives by the government of various countries to address the aforementioned challenges are expected to drive the global structural health monitoring market growth during the forecast period. For instance, in October 2014, the Ministry of Transportation in China approved national design code for structural health monitoring, which specifies that SHM systems need to be designed simultaneously with infrastructures to ensure quality and integrity of the same when the infrastructures are being constructed. Furthermore, Regulation gosudarstvennyy standart Russia (GOST R) 53778-2010 has been extended and approved into the Eurasian standard GOST 31937-2011. This standard mandates implementation of structural health monitoring systems – similar to what is mandated in GOST R 53778-2010 – in countries such as Russia, Tajikistan, and the Ukraine. This standard is approved by National Standard Department of Russian Standards for Buildings and Constructions.

In the recent past, the cost and size of various sensors such as temperature, vibration, and load have reduced significantly. This is owing to rampant advancements in technology in the semiconductor industry combined with intense competition among different manufacturers, typically in the Asia Pacific. Such sensors play a vital role in the SHM system and facilitate by collecting and formulating information required for monitoring and testing of various structures such as dams and bridges. Furthermore, availability of small and cost-effective sensors allow reduction in overall cost, which includes installation and additional material costs such as cables and other components. Thus, these factors are expected to propel the market growth in the near future. 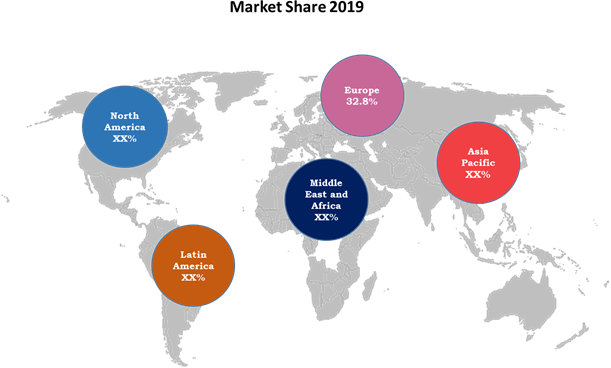 Majority of structural health monitoring devices present in the market are based on conventional damage tolerance technology. This, in turn, has led to development of non-destructive inspection (NDI) techniques, some of which are laborious and require highly skilled professionals, i.e. operator/inspectors. For instance, applications in aircraft and ships require disassembly of components, which in turn requires grounding of aircraft and docking of ships, thus resulting in loss of time. Furthermore, the low availability of skilled professionals for implementing, designing, and maintaining SHM systems are expected to hinder the global structural health monitoring market growth over the forecast period.

Majority of SHM systems available operate on wireless technologies and are connected to the Internet, thus making them vulnerable to cyber-attacks due to lack of security measures. Furthermore, important structures such as government secured facilities, dams, bridges, airlines are susceptible to attacks and can lead to a large number of fatalities if system integrity is breached. This is a critical issue that needs to be addressed at the design level of SHM systems. Hence, these factors are expected to hamper the market growth up to a certain extent.

SHM systems are primarily constrained to monitoring structures and reporting to the concerning trained personnel. However, in the event of failure of structure alerting is only option limited to the personnel in charge of maintaining the structure. Moreover, Integrating MNS with SHM systems provides a means to incorporate public alerting system measures in the event of emergencies and minimize the number of casualties. These factors are expected to provide major growth opportunities for market players over the forecast period.

Major and local players are focused on innovating monitoring solutions that harvest energy from renewable energy sources such as wind and solar, in order to reduce the amount of energy utilized by such monitoring systems. For instance, in March 2015, Sorin Group partnered with various research institutes and universities in order to develop autonomous energy harvesting wireless sensor modules, primarily for monitoring various applications such as aircraft and marine infrastructure.

Major SHM solution providers in the market are focused on developing SHM systems based on distributed optic fiber technology, in order to monitor load and detect damages to a structure. For instance, in August 2016, Naval Research Laboratory (NRL), a U.S.-based research facility, entered into a partnership with Material Science Division in order to develop structural health monitoring systems based on fiber laser sensor technology for detecting acoustic emission from cracks in riveted lap joints using distributed feedback. Furthermore, in December 2015, Omnisens Lynx introduced fiber optic-based monitoring system for detection of oil or gas leakage in pipelines, to detect geo-hazards and seismic activity and intrusion detection, based on vibration/ acoustic sensing, distributed temperature sensing and strain sensing. 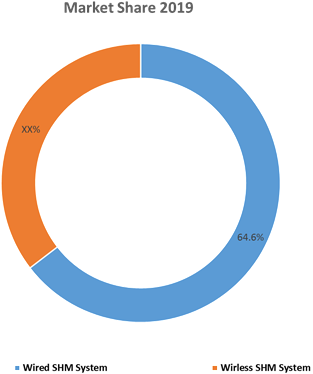 The process used for implementing damage detection for engineering designs such as dams, buildings, and bridges is referred to as Structural Health Monitoring (SHM). The SHM system is used for analyzing and monitoring the health of various structure such as buildings, bridges, dams, stadiums, and large machineries. There are different methods involved in structural health monitoring including data acquisition, operational evaluation, normalization, cleansing, and statistical model development. SHM systems elements include structure, sensors, data acquisition systems, data transfer and storage mechanism, data management, and data interpretation and diagnosis. SHM provides the safety of the structure by monitoring and evaluating its various parameters such as crack detection, damage detection, strain monitoring, and impact monitoring to protect the structure from any type of danger.

Growing advancement in wireless technology is expected to drive the growth of global structural health monitoring market (SHM). This wireless technology eliminated the use of wire and stopped the installation and protection of cable wire which reduced the cost of wireless SHM. These solutions are helpful in providing safety levels as they can be arranged remotely or before installation and replaced easily for the maintenance. Moreover, ease of connectivity, ample control over these systems, and enhanced communication are expected to propel growth of the global structural health market over the forecast period. For instance, Zig Bee is a wireless mesh network system who consumes low power and is used for wireless control and monitoring applications. Low power consumption provides long life batteries, while mesh networking provides high reliability and extensive range of connectivity.

Software and services is also driving the growth of this market owing to the growing importance of civil projects. SHM processes are becoming essential to identify the failures in the various structural designs such a dams, bridges, highway and buildings. The main approach of SHM is to collect data about the whole condition of the structures. The demand for software application and software algorithm is increased for the collection of various kinds of structural data. For instance, SCADA and MATLAB are used for identifying the damage detection in the engineering structures. These softwares detect damage at the initial stage and provides safety from any type of hazard. Hence, these factors are expected to hamper the market growth up to a certain extent.

ZigBee home automation is nothing but a control system whi...

Telematics software is any device which merges telecommuni...